The series "I promise you", adapted from "This is us", a risky but successful bet for TF1

La Une launches monday evening `` I promise you '', a series which is none other than the remake of the international cardboard `` This is us ''. If the interest of an adaptation could leave doubtful on paper, and that fans of the original will surely find it difficult to find their account, the result is a rather successful family saga thanks to a "francization". by small touches. 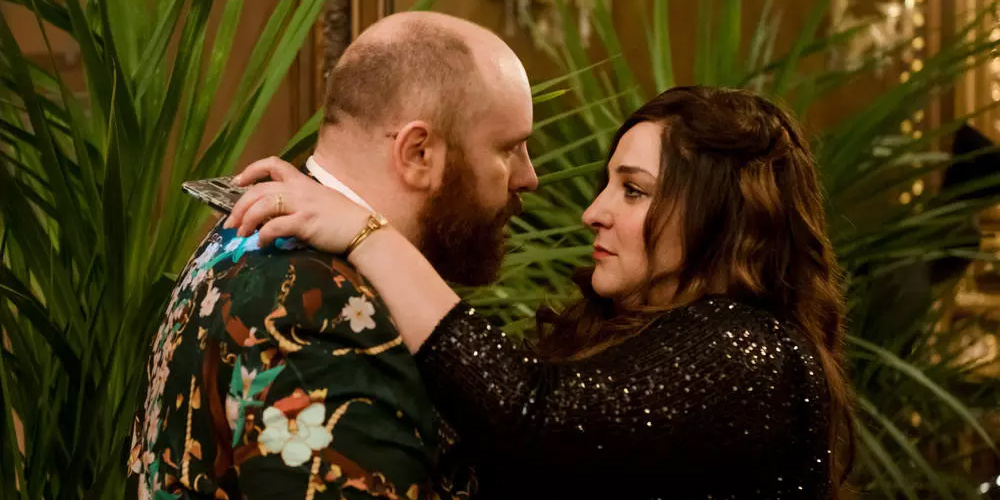 La Une launches Monday evening "I promise you", a series that is none other than the remake of the international box "This is us".

If the interest of an adaptation could leave doubtful on paper, and that fans of the original will surely find it difficult to find their account, the result is a rather successful family saga thanks to a "francization" by small touches .

Those who have already seen

, an American series with international success, the fifth season of which is currently being broadcast in France on Canal +, will surely have a little shock if they turn on their television sets and watch TF1 on Monday evening.

, a French adaptation of this fiction.

Same plot - the story of a family of which four out of five members share the same birthday - but also the same scenes, sometimes down to the plan, and dialogues so similar that you would think, at first hearing, to hear dubbing in VF.

Details modified to "francize" the series ...

However, it would be wrong to limit ourselves to looking for the seven differences between

The work of adaptation, which consisted both in fitting oneself in the mold and in broadly "francizing" a series steeped in American culture, is here perfectly carried out.

It consisted in modifying a considerable number of details, such as the profession of the characters.

Kate, a young woman who meets her companion in a support group for obese people, is replaced by Maud, also overweight but who meets the future chosen one of her heart by chance in the street.

Quite simply because Hollywood, like support groups, are very American things.

Kevin's job "didn't speak to us", explains Aline Panel, the producer of

"While football is an element of national pride and cohesion between us. This principle is deployed on many aspects, details which may seem fine but at the end give a truly French anchoring to the series."

This is how the story of a black character, adopted by this white family, is reviewed in the French version in the light of that of colonization.

In the American version, it made it possible to tackle the racial question in the United States, which is difficult to transpose as it is to the other side of the Atlantic.

... and place it in a different sociological context

Logically enough, more than 40 years of French history therefore appear, from the election of Mitterrand to the Football World Cup, including Coluche.

"There are also cultural references, what we ate, what we consumed, what we read, like Scrooge, French series," continues Aline Panel.

For the dialogues, the producer ensures that the writers started from scratch.

"The authors spoke in their own way and in the French way. We do not speak the same, we French people. We speak with a little more humor and irony."

This is how one of the characters can say: "Everyone makes mistakes. Me too, I voted for Giscard."

Are you keen on series?

Twice a week, Eva Roque and her team of serivores take you into the wonderful world of series in the company of renowned guests.

It is in this capacity to install a whole sociological, historical, cultural and geographical context that

I promise you will take up

the challenge of adaptation brilliantly.

Aline Panel also attached great importance to its soundtrack, starting with the title of Johnny Hallyday which gave that of the series and rocks the credits.

But the producer also assumes all the similarities with

"I'm telling the same story, which is universal. So when it's good, it's good, why change? We are addressing a large audience, French, who have not seen the original series."

This one should be there as

brings together all the ingredients to become a popular success.

If it remains a notch below

, the series finds its own tone and can especially rely on actors all excellent in their role, Camille Lou and Marilou Berry in the lead.

Whatever success it meets, TF1 does not intend to stop there.