Farewell to People's Artist of the USSR Vasily Lanov began at the Vakhtangov Theater, where the actor served for over 60 years. 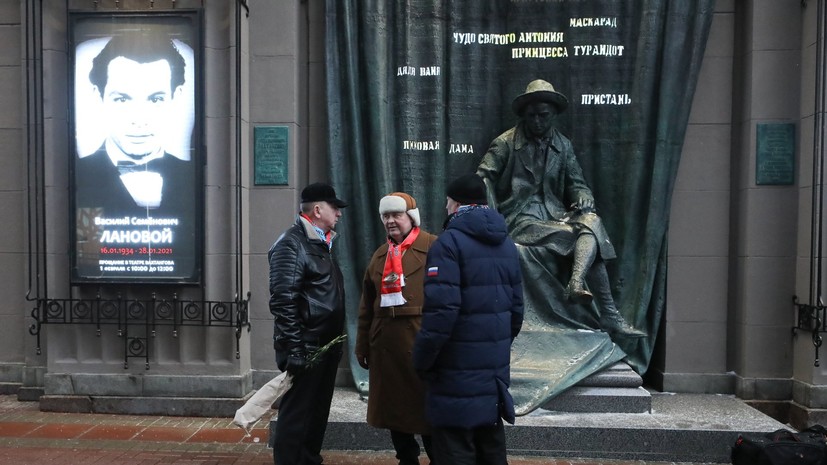 It is noted that the facade of the theater building is decorated with portraits of Lanovoy, in which he is depicted in his best theatrical roles.

The coffin with the artist's body is installed on the stage surrounded by wreaths, including those from the President of Russia and the government.

Vasily Lanovoy died on 28 January at the age of 88.