The Saga of Black Music - David Porter, the Guardian of the Temple

Almost 80 years old, David Porter is the legitimate spokesperson for Southern Soul-Music of the 60s. Pillar of the Stax Records label, author of many classics of the African-American repertoire, sidekick… 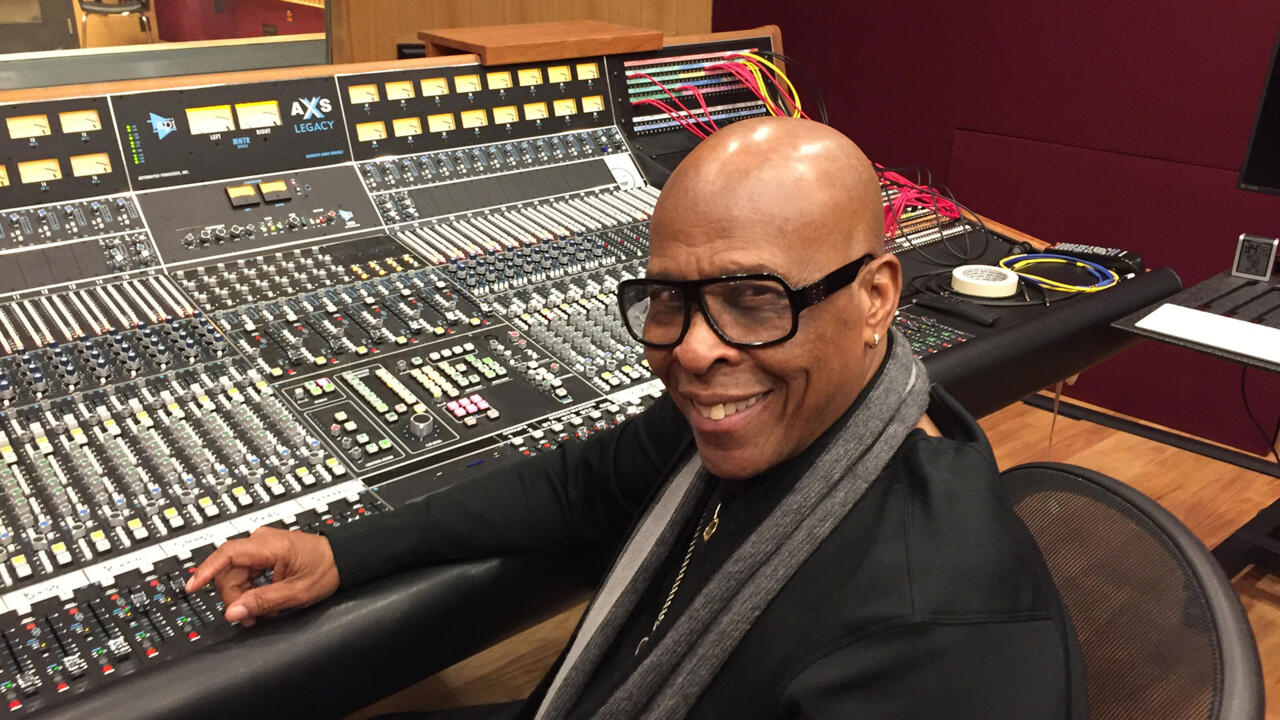 David Porter, the guardian of the temple

David Porter at one of the "Made in Memphis Entertainment" studios.

Almost 80 years old, David Porter is the legitimate spokesperson for Southern Soul-Music of the 60s. Pillar of the Stax Records label, author of many classics of the African-American repertoire, sidekick of the late singer Isaac Hayes, wise entrepreneur, he is an essential witness and actor of "The Epic of Black Music" in the 20th century.

His words are invaluable and enlighten us with relevance on the challenges of black America today.

Although he is forever associated with the history of the black community of Memphis, David Porter does not want to be locked in a sterile nostalgia that would prevent him from considering his present.

At the head of "Made in Memphis Entertainment", a building devoted to audio and video production and recording, the famous American singer and lyricist has been trying, for ten years, to give a boost to young people artists in whom he firmly believes.

Aware of having been, himself, chaperoned in the past by some great figures of Soul and Blues, he wants to pass on his experience in turn to future instrumentalists, singers and talented singers.

“When I was still in school, an artist by the name of Jerry Butler came to Memphis regularly. He performed with his band 'The Impressions'. I remember walking to the radio premises where he was. interviewed and waited for him to come out to ask questions. He generously agreed to answer all my questions. At the time, I asked him if he had a recipe for making his career thrive. J I was 19 years old and this is what he replied: “Be open and seek diversity!” In other words, he advised me to try several disciplines so as not to lock myself into a role which, certainly, could bring me success but also setbacks. His advice has long remained engraved in my mind. I have therefore been a singer but also a composer, a producer, I have multiplied the initiatives so as not to find myself trapped by an inability to renew myself. Jerry Butler is therefore

are within Stax Records ".

The treasures of the Stax label treasured in Memphis.

Although he denies it, David Porter often lets his memories prevail.

He remembers the time when he crossed paths with daring builders like Jim Stewart and Estelle Axton, founders of Stax Records at the end of the 1950s, who did not hesitate to bring together white and black musicians in the studio to find the best soul tone of the time.

David Porter is fully aware that these perilous artistic choices, in segregationist America at the time, bore fruit and contributed to his growing notoriety in the heart of the 1960s. The mobilization of artists became a requirement and when the spokesperson from the black community, Martin Luther King, was assassinated on April 4, 1968, all active musicians wanted to take over and mark this sad day with their sound imprint.

David Porter was 27 years old and realized his role as an author and his increasingly essential civic engagement.

From that point on, we all wanted to be messengers. We never stopped talking to society and the Staples Singers were our best ambassadors. We also expressed our concerns in the songs of Isaac Hayes. or Johnnie Taylor's but we weren't activists, we just delivered messages. In 1973, I produced Rance Allen's album Soulful Experience. The militant tone of this record was undeniable. artist gave me the opportunity to write songs about the political context of the time. Listen again to "Talk that Talk", I call Richard Nixon and I evoke the social situation that the American administration did not seem to want to resolve back then. In that title I'm talking about people you don't know. This is a very straightforward and militant composition. However, the majority of the Stax repertoire was not so overtly political. inside songs. Sometimes no

e were expressing ourselves face to face, we were ready to howl our anger.

And sometimes we were more subtle in integrating messages through our works.

It was up to the listener to know how to capture the intention of the authors.

And I can tell you that many have understood the meaning of our songs ".

, the Stax label was going through a very difficult period.

On the verge of filing for bankruptcy, the bosses of this historic record company call on the forces and still hope to thwart the predictions.

It will be a waste of time… 30 years later, the idea of ​​relaunching Stax Records resurfaced with the inauguration of the Stax Museum in Memphis.

The rebirth of the label will officially take place on March 13, 2007, with the release of a compilation celebrating the fiftieth anniversary of the Stax brand.

Some artists of the new generation will find there a welcome media exposure but unfortunately very ephemeral.

For the pioneers of the golden age, this will be a significant opportunity to find the way back to the studios like singer William Bell who will release

This Is Where I Live

For David Porter, Stax's resurrection only nourished his memories and, although he willingly bowed to his informal role as a storyteller, he prefers to talk to young people who must learn to forge a citizen identity.

He warns them because he bitterly realizes that the current generation does not question what was the chaotic daily life of its ancestors.

He is unfortunately and sadly convinced of this.

In his eyes, Soul-Music is still the victim of segregation on American radios.

There are still two Americas face to face.

The recording industry has widened the divide between white and black artists in the United States.

Memphis, at the heart of Soul-Music