CHAN 2020: Cameroon overthrows the DRC and goes into the last square

After a tense pre-match, then a first goal conceded, Cameroon woke up and came back to life in their CHAN quarter-final at home against the DRC on Saturday, January 30. The Indomitable Lions ... 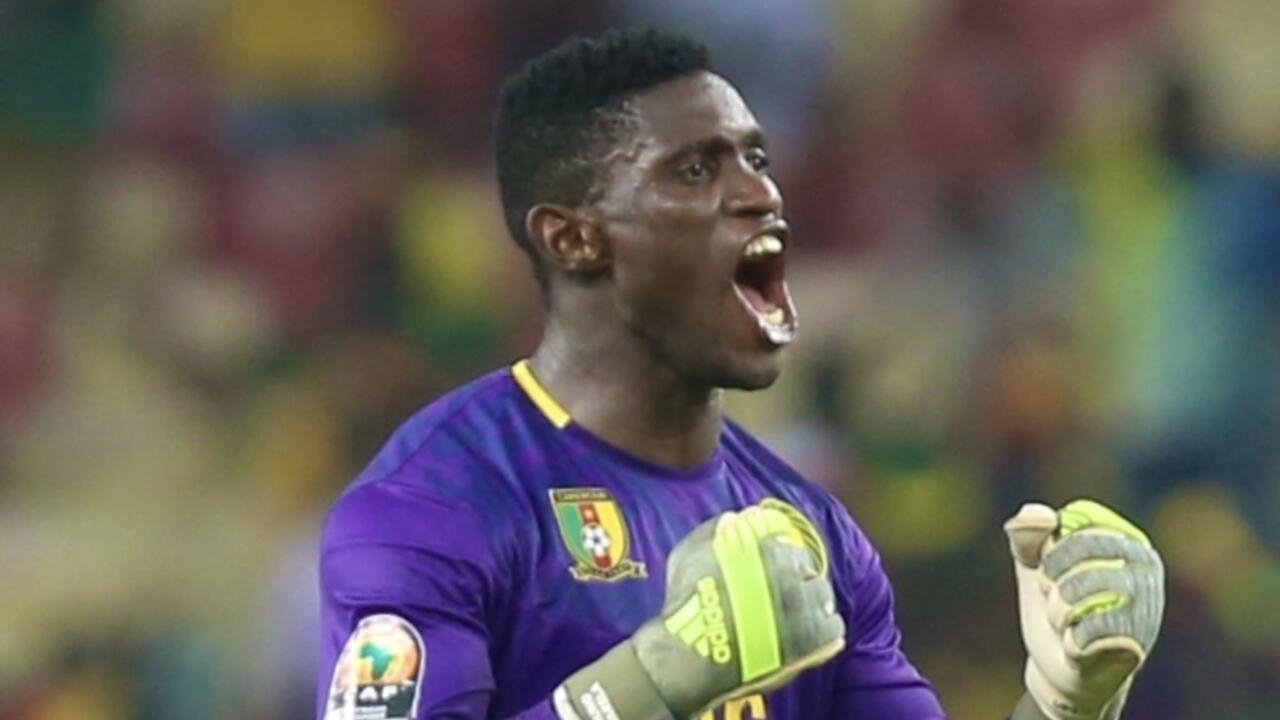 CHAN 2020: Cameroon overthrows the DRC and goes into the last square

Haschou Kerrido, the Cameroonian goalkeeper, on January 30, 2021 against the DRC.

After a tense pre-match, then a first goal conceded, Cameroon woke up and came back to life in their CHAN quarter-final at home against the DRC on Saturday, January 30.

The Indomitable Lions finally won against the Leopards (2-1) thanks to Yannick N'Djeng and Félix Oukine.

Cameroon will play the semi-finals for the first time, against Morocco or against Zambia.

It is an understatement to say that the 24 hours preceding this DRC-Cameroon shock were tense.

Not spared by the positive tests for

during the first round of this

, the Leopards saw red when they learned, on the eve of this quarter-final, that 13 members of their delegation were still positive.

What irritate Theo Binamungu, the coordinator of the DRC, who did not hesitate to speak of "

", in particular about the case of the select Florent Ibenge, positive a few days ago, negative then, and again positive before this

The Congolese asked for a second opinion, the results of which fell a few hours before the kickoff.

Finally, there were only three positive cases for the new coronavirus: the attackers Karim Kimvuidi and Philippe Kinzumbi, and the physiotherapist Frédéric Masaro.

Reassuring from a health and sporting point of view, but not enough to bring down the anger of the Leopards, suspicious of the results given the day before before facing the host country.

Matampi is at fault

This controversy aside, the DRC, the most successful nation in CHAN, started its match in the best possible way in Douala.

While the Cameroonians were trying to take the game on their own, the Leopards froze the atmosphere by opening the scoring on their first corner of the match.

Amédée Masasi wound his cross at the far post, where Kadima Kabangu, left alone, was able to regain a head.

The ball went to the cage and Makadi Glody Lilepo extended his run, also with his head, to the back of the net (21st).

Shaken by this first goal, the Indomitable Lions could count on the involuntary help of Ley Matampi, the Congolese goalkeeper.

Although experienced, the captain of the DRC made a mistake on an opponent's corner.

While the ball was in the air, he failed to win in contact with solid Yannick N'Djeng.

The latter did not ask for so much: taking advantage of Matampi's failed exit, the attacker pivoted and scored (29th).

The second period is underway!

The atmosphere then warmed up in a Japoma stadium with stands packed with local supporters.

The gauge of 25% maximum of 50,000 seats was undoubtedly well exceeded.

And the Cameroonian fans were able to rejoice again soon after when Félix Oukine, with success, scored the second goal.

The midfielder recovered the leather in the feet of Jérémie Mumbere Mbusa and triggered his shot more than 25 meters from the Congolese cage.

A Leopard deviated from it, involuntarily allowing Cameroon to take control (41st).

The rest of the meeting was favorable to the host country.

The DRC has failed to secure enough dangerous opportunities to hope to resurface.

Cameroon, on the other hand, had some opportunities but failed to materialize them.

Under the eyes of Samuel Eto'o, Roger Milla and Issa Hayatou, the Indomitable Lions of Martin Ndtoungou held their success to the end.

After stopping twice in the quarter-finals (2011 and 2016), Cameroon climbed for the first time in the semi-finals of CHAN.

On February 3, in Limbe, he will face either Morocco, the defending champion, or Zambia.

The Congolese, somewhat disillusioned, are packing up.

The Indomitable Lions qualify after a remarkable match 🤩 # TotalCHAN2020 pic.twitter.com/lkNhOL4fwE

CHAN 2020: Mali take out Congo-Brazzaville on penalties and return to the semi-finals