A 44-year-old was swimming in Lake Placid in northern Australia when a crocodile bit his head. He fended off the animal with his bare hands. The man didn't seem particularly impressed: he wants to go swimming there again soon. 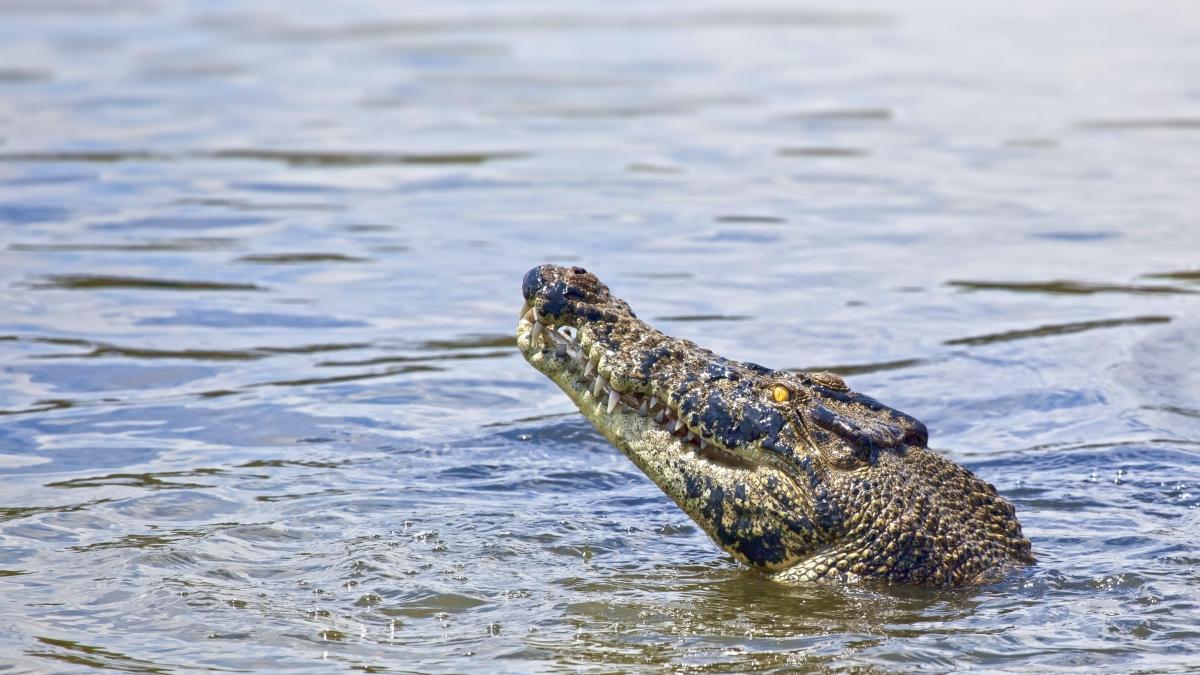 A swimmer in Australia showed a really cool head and survived a crocodile attack.

The 44-year-old managed to detach the animal's jaw from his head with his bare hands and escape, as rescue workers announced on Thursday.

The 44-year-old went swimming in Lake Placid near the tourist city of Cairns in northern Australia.

In the water he suddenly felt the crocodile bite into his head, reported paramedic Paul Sweeney.

"He grabbed his jaw with his hands to loosen it, and when he succeeded, the mouth snapped shut on his left index finger."

The man had to swim a considerable distance back to shore before he could drag himself ashore, Sweeney explained.

The rescue workers found the Australian in a "remarkably calm" state.

The animal's teeth left wounds on the man's head, face, shoulder and hand, but he was not seriously injured.

"He was very lucky," explained Sweeney.

Saltwater crocodiles are common in the area, but attacks are relatively rare.