For "Eurovision France", Juliette Moraine "assumes" her variety side 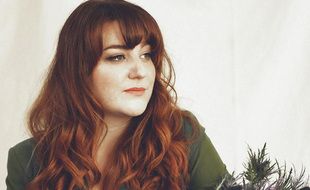 This year, twelve songs can hope to represent France at Eurovision Song Contest in May.

But there will only be one elected.

They will be decided on the evening of January 30, on France 2, within the framework of

you to discover every day the artists who, solo, duo or trio, are involved in the competition.

Juliette Moraine, 30, is used to singing in musical comedy troupes, but it is solo that she will defend her song,

Pourvu That I Love Me

How did you come to music?

I started quite young, in college.

As soon as I had my baccalaureate, I went to the United States where I found myself in a high school a bit like

The Phantom of the Opera

I was later, in France, engaged on

, which was my first professional musical.

There, I've been the nanny in

Romeo and Juliet for

We tour Russia and Asia.

In what way would “Pourvu that one loves me” be a good representative of France at Eurovision?

What makes it strong is that I didn't write it specifically for Eurovision.

I did not try to make it fit into boxes.

I grew up listening to Goldman, Cabrel, Patrick Fiori, etc.

I think we find there these influences of a French variety that I appreciate and which, I know, may seem a bit has-been.

But I take that side.

It is also part of our musical heritage.

If I say "Eurovision", which song or artist do you spontaneously think of?

I was not born but it is Celine Dion with

Do not leave without me

I find the song very kitsch, but I love it, I roll around in it, I love to sing it.

She also wore a suit that was both fabulous and horrible, she dared to put it on and I think that's cool.

Speaking of scenography and clothing choices, what can we expect from your performance in "Eurovision France"?

I will keep it simple and sober.

The song speaks for itself, it's pretty bombastic and vocal, so we're going to do something clean and elegant.

Maybe, because I have a big voice, people think I'm a diva and I don't want that.

I am simple, I talk about things that are simple and that touch me.

For my outfit, I decided not to go into something too expected.

Apart from your participation in "Eurovision France", do you have other projects?

Provided that I love me

is the first title of my album which will be released very soon.

I can't wait to play it to everyone, it's called

I want to do everything, musical comedy, to defend my album, to make cinema too.

I don't want to be in one box.