Where should we go for Jung In-i? In SBS'I want to know that' aired on the 23rd, Jung In-a lighted the case again with the subtitle of'I'm sorry Jung In-ah, and the way our anger should go', looking for an alternative not to make a second Jung In-i. Took the time. 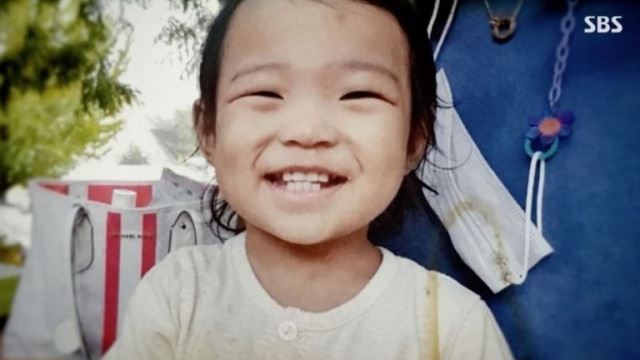 Where is the path we should go for Jeong In-i?

In SBS'I want to know that' aired on the 23rd, Jung In-a lighted the case once again with the subtitle of'I'm sorry Jung In-ah, and the way our anger should go', looking for alternatives to avoid making the second Jung In-i. Took the time.

The case of the abuse and death of Jung In-i, a 16-month-old adopted child, which was announced through the broadcast on January 2nd, caused a big repercussion right after the broadcast. Many people were interested in this, and Jung In was angry with the incident and mourned together.

In particular, the'I'm Sorry Jung In-ah' challenge was attended by more than 100,000 people, from famous celebrities to politicians and ordinary citizens, and this interest brought a lot of change. Accordingly, the National Assembly passed the amendment to the Act on Special Cases for Child Abuse Punishment within six days of broadcasting, the police punished the police in charge of the case, and the police chief even apologized directly to the public.

In addition, petitions urging the adoptive parents to be punished flooded the court, and the prosecution requested experimental data on the external force inflicted on Jung In-i on the day of his death after the broadcast. Accordingly, the broadcast shared all related materials and urged severe punishment.

As a result, at the first trial on the death of Jeong-in held on the 13th, the prosecution applied for a change of the complaint by changing it to a ``murder'' instead of a ``child abuse homicide'' against Yang Mo Jang.

The adoptive wife emphasized that she had adopted her with pure intentions.

In addition, all of her acquaintances who saw Yang Mo Jang raising the first were opposed to his adoption.

One acquaintance said, "It felt like I was erasing dreams one by one from the bucket list. But this is a life-threatening problem. So I held back everyone."

Nevertheless, Jang, who had been adopted, went out frequently after a month after adopting the child.

Originally, he did not give up his foreign activities, and he neglected his child.

The expert analyzed, "Even though these parents adopted a child, nothing changes. They did not give up anything they had to give up. Because the child was disturbed, they abused the child to maintain their own life."

Abuse that began one month after adoption.

Both parents abused their bodies the day after the adoption agency visited.

In addition, the situation of the abuse of wool was clearly revealed in the apartment elevator CCTV video.

He did not hesitate to do incomprehensible actions such as roughly pushing a stroller, wrapping the child around the nape of his neck as if carrying a luggage, and putting the child on an elevator handle.

Nevertheless, adoptive parents who did not intend to dismiss them.

The expert said, "A child is just a consumable to be praised for being a great adopted couple."

Another expert analyzed that "adopting a baby wasn't because she was lovable, but as a means of a desire to show that they were committed and socially desirable."

The adoptive wife, who said she had no knowledge of the abuse of wool, also turned the blame on her acquaintances.

However, acquaintances argued that it makes no sense that the adoptive father is unaware of the abuse.

One informant explained, "The adoptive father said that a child of his age has similar intelligence to a puppy, so he should reward him if he does well and punish him if he does something wrong."

Also, the adoptive father knew that the child's arm had been broken a month before Jeong In-i died, and he stayed at a cafe with the first and left Jung In-i in the car with her wool.

And it turned out that the husband and wife used to speak abusively in English toward Jeong In-i.

It wasn't just this.

One day before Jung In died, the daycare center teachers told her stepfather about her condition.

However, at the time he made the child walk on purpose and ignored the teachers' orders to take him to the hospital.

The expert said, "It's the same reason I didn't spend a long time at the daycare center or at the hospital. I must have known that I was committing a crime."

In particular, the broadcast tracks the timeline of Jung In-yi's death and speculates that Jung In-i's decisive trauma occurred during the Hangeul Day holiday, when her husband was at home.

In response, the expert stated, "I don't know if it can be defined as child abuse and neglect. I think it's close to aid."

There have been many opportunities to save Jeong In.

Three reports of suspicion of abuse were reported by daycare center teachers and pediatricians who watched Jeong In closely.

However, every time he reported it, Jung In went home every time.

The third report was made by a pediatrician who watched Jeong In-i from the first report of abuse.

The specialist said, "I came to get the vaccination in July 2020, and there was a wound that looked like someone had a torn mouth. And the child who came to the hospital after two months was completely different," he said. The sudden weight loss is a situation that can suspect abuse. .

Upon a report from a specialist, the child protection agency took the stepfather and Jung In-i to another pediatrician, and the case was closed after being diagnosed with stomatitis.

The hospital, which was diagnosed with stomatitis, claimed that it could not determine child abuse.

Abojeon explained, "It was not a requirement for separation because the doctor could not confirm child abuse."

However, the reason that the third reporter suspected child abuse was not only because of the wounds in the mouth, but also because the weight of the child who had been watching from the first report was sharply decreased.

In response, Abojeon explained, "When the counselor asked about the report process on the phone with the reporter, he did not reveal any other findings other than the weight. So I took it to another hospital for objective judgment."

However, the third reporter said that there was no contact from Abojeon.

In addition, the third reporter strongly insisted that the police dispatched at the time of reporting should be separated.

Those who were dispatched after receiving a report from 112 were members of the Gangseo Police Station, which is the jurisdiction of daycare centers and pediatrics.

And it was transferred to the Yangcheon Police Station.

This is because the house of his adoptive parents is under the jurisdiction of Yangcheon Police Station.

At the time of the third report, the production team now asked if the members of the Earthquake had explained to the Yangcheon Police Department about the segregation action claimed by the third reporter.

However, the official declined to answer.

And an official at the Gangseo Police Station, connected through a phone call, argued, "Our police have not heard of the urgent need to separate. We have not heard the content."

Daycare center teachers who made the first report on May 25, 2020.

On March 24, the teachers detected signs of abuse on Jung In-i's body, and on May 25, they found and reported multiple bruises on the thigh and stomach.

Abojeon, who received the report, requested an investigation because the hospital medical records and parents' explanation were different.

However, after 20 days of reporting, the internal affairs were terminated, and the police said that there were no suspicious circumstances.

In response, the police admitted some of their faults, saying, "At the time, there was a part where the investigation was not carried out due to insufficient understanding of child abuse."

In addition, the police and Abojeon did not notice, even though injuries behind the ear and injuries to the collarbone were important signs of suspicion of child abuse.

Abojeon claimed that it had conducted a number of safety monitoring after the first report.

However, among the 80 safety monitoring sessions, many did not receive calls or sent text messages, and only a few face-to-face were found.

Yangmo left Jung In in the vehicle for more than 30 minutes, and the reporter who saw this reported to Abojeon.

Abojeon asked the police for an investigation, but the police took 14 days to find the location of the incident, and tried to secure CCTV footage one month after the incident.

However, by that time, the video had already been deleted.

Accordingly, the police explained that the location of the incident was not specified, so it took a lot of time to find it.

However, the reporter's story was different.

The reporter said, "I definitely told you the exact place. That's ridiculous."

However, Abojeon did not respond properly because the phone was not connected or was closed.

The role and judgment of Abojeon, a characteristic of reporters who prefer Abojeon to the police, was an important factor.

However, Abojeon said that it was difficult to separate measures due to the refusal of her adoptive parents, although discussions on separation after the third report.

In response, an expert pointed out, "There is a method in the law that Abojeon can do. The fact that the police could not be passive is that Abojeon did not utilize the system."

In addition, another expert explained, "Abojeon's main job is counseling with his parents. Therefore, he tends to find it difficult to make his relationship with the perpetrator uncomfortable."

President Moon Jae-in said at a New Year's press conference, "We need a system that quickly detects the signs of crisis of abused children. We have installed dedicated public officials with expertise that can be dedicated since last year, and we need to increase the number."

In addition, the training period was very short to be professional.

And experts said securing a budget for child abuse prevention is also an important issue.

Experts emphasized, "Stop taking comprehensive measures, but securing manpower and budget to implement them. Separation of children and parents is not the end, but the beginning. Children must be treated, parents must be punished, and education must be carried out."

Related bills poured out due to the influence of the social issues in the case.

In response, experts pointed out, "This is not an urgently legislative problem," and "I chose the easy way. If I revised the law, I would be relieved. It is a problem because there is no legal basis, so most people will welcome and pass by with confidence." did.

In particular, it was revealed that the Jeong In-yi law was not significantly different from the revised special case law after the Lee Seo-hyun case 7 years ago, leaving a regret.

The broadcast said that Jung In-i's case was not a tragedy that could not be prevented because there was no law, so the death should not be ended with an apology and revision of the law.

If Jungin reads the real lesson of the incident, then another Jungin can be saved.

What was needed now was the system of Jeong-in, not the law, and the decision of the state was required.

The will of the state was important as long time and large amounts of money were needed.

In addition, he said that the judgment of the law to strictly ask for the crime of child abuse should be accompanied.

The crime of child abuse should be held more strictly than anything else.

He urged them to know that it is the only thing to properly protect the value of the child's face and name, inevitably informed of the abuse.