Newsweek丨How does Ding Zhen, who has suddenly become popular for two months, keep this "truth" well?

How long does it take for hundreds of millions of netizens to know a "naked person"? Ding Zhen spent 7 seconds, with a sweet smile with a trace of wildness. He was called the "Sweet Wild Boy", and the provincial cultural and brigade officials even started fighting like gods. In fact, Ding Zhen is only one of his photographer Hu Bo’s smiling videos. The original protagonist was Uncle Ding Zhen. H 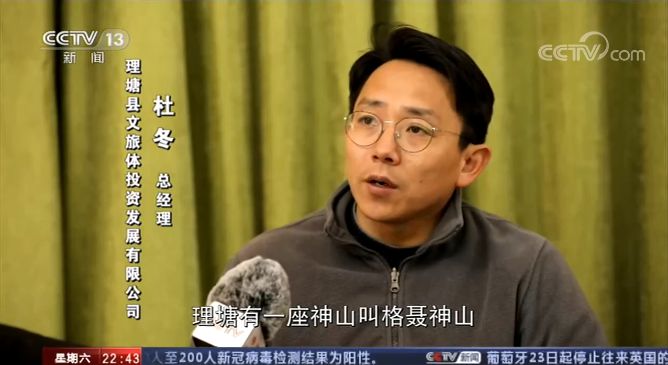 How long does it take for hundreds of millions of netizens to know a "naked person"?

Ding Zhen spent 7 seconds, with a sweet smile with a trace of wildness. He was called the "Sweet Wild Boy", and the provincial cultural and brigade officials even started fighting like gods.

In fact, Ding Zhen is only one of his photographer Hu Bo’s smiling videos. The original protagonist was Uncle Ding Zhen. Hu Bo, who hoped to cure all kinds of "frustration" in 2020 with a smile, unexpectedly broke into the camera. Ding Zhen, who can be searched frequently, has become the "top stream" among Internet celebrities.

Photographer Hu Bo: I also filmed them, and encouraged them to live with Solang Rob (Uncle Ding Zhen) together, and they were accepted by more people.

In terms of their character, they are willing to go to his uncle's house and be seen by me.

A small village that may take more than three hours to drive to Litang County by car has resources related to grasslands, forests, and hot springs, but in fact, the information has been relatively blocked for a long time.

As the only way to enter Tibet, Litang is also the city of the sky that Cangyang Gyatso yearns for. The Maoya Prairie, the Eye of Gnei, and the Wuliang River are charming, but compared to Daocheng Aden, although it is on the 318 National Road , But few people stay here.

The people here worked together with poverty alleviation cadres such as the white-haired secretary born in the 1980s and the backpack secretary born in the 1990s. Ding Zhen’s hometown was finally connected to the power grid in 2019, changing the history of butter lamp lighting. In February last year, Litang got rid of poverty. Scarcity and isolation are still a wall that has plagued this county for a long time, and more and more convenient transportation and Internet live broadcast have become one of the most direct ways for them to communicate with the outside world.

Du Dong, general manager of Litang County Cultural Tourism and Sports Investment Development Co., Ltd.: We believe that the future of Litang lies in cultural tourism. We have been doing very hard work all the time. After Ding Zhen became popular, we found that Ding Zhen had a huge amount of traffic. Tang's cultural tourism business has brought great opportunities.

If you make more money, what do you want to do with the money?

Ding Zhen: I want to see many places

Ding Zhen, who became popular, was regarded as a catalyst by Litang. He was hired as a tourism ambassador in the county. The government and the Bureau of Culture and Tourism put him under the management of state-owned enterprises in order to prevent Ding Zhen from being exposed to the Internet. Great waves swallowed.

They turned down a lot of variety show invitations, but he would still meet the sharp spotlight head-on.

Ding Zhen went home to work in the third grade of elementary school. This is the common situation of young people in the village with his age. Until 2010, compulsory education had not been popularized in the local area.

Nowadays, Ding Zhen has no choice but to supplement Chinese, and smiling is more like an emergency response in communication. Only colleagues, relatives and friends know the undercurrents behind his speech and behavior.

Du Dong, general manager of Litang County Cultural Tourism and Sports Investment Development Co., Ltd.: I think he will definitely be uncomfortable and pressured, because he has not been seen for so many years.

He may put more in his heart and think for himself.

Just two months after Ding Zhen became popular, a video of his suspected e-cigarette smoking in a private space was exposed on the Internet. For a while, Ding Zhen’s "experience" and fans "removal of fans" and other words came to him. His studio He had to post an apology, and his own social platform responded with a consistent tone-"Go forward."

Du Dong, general manager of Litang County Cultural Tourism and Sports Investment Development Co., Ltd.: The world of Dingzhen is always exposed to the observation of tens of millions of netizens. There is no clever hype that can fool all netizens.

The reason everyone likes Ding Zhen is because Ding Zhen's "true" character, so no matter what his state or what kind of state he is, he wants to show his true side.

Ding Zhen's own learning must be based on a continuous and foresighted basis, otherwise, on the basis of insufficient knowledge reserves, the judgments made may be short-sighted.

As the steward of this state-owned enterprise, Du Dong feels that Ding Zhen's popularity and the entire subsequent process are like riding on the back of a whale, the only thing he can do is to barely sit still.

But his attitude is also very clear, and Ding Zhen must not be abused by business.

In his eyes, Ding Zhen is just an ordinary Zang family. He "is like the center of the vortex, but the "most peaceful" one.

At that time, I talked to Ding Zhen about his signature file, called "Little Horse Runners First".

This is a good blessing. Ding Zhen himself is a pony, and Litang is also a pony.

Litang's travel road will not be smooth, but we must always maintain this kind of good wish and the desire to be the first.

This task is weighed heavily on our shoulders. It is an inescapable responsibility and must be done well.

It is difficult to sing and learn Chinese. In the eyes of reporters, Ding Zhen and other Kamba boys are facing the impact of the rapidly changing modern lifestyle because of this attention. They are learning many things that seem difficult, and they have strong The loneliness of being noticed.

Is testing individuals and teams

Du Dong, general manager of Litang County Cultural Tourism and Sports Investment Development Co., Ltd.: The main force of the company is Tibetan employees who are the same age as Ding Zhen. I think it is first to respect my wishes, and this is the first.

When we can do it is to support him. He can see our support, knowing that he is not alone, but he has a team to work together, and if there is scolding, he may feel that this is still a familiar environment.

In the future, he himself will gradually become more mature and more powerful, and he can bear more by himself.

Bai Yansong: Before I knew it, Ding Zhen suddenly became red and on fire!

The road ahead is not just that Ding Zhen, who has just grown up, can handle it alone. I hope his family and the local government can think about Ding Zhen in the longer term, not only to make good use of him, but also to make him smile. Always innocent!