Covid-19: the pandemic has accelerated the transition from fashion to "phygital"

The fashion world has been one of the most affected by the Covid-19 pandemic. Between the closing of shops during the various confinements, the cancellation of the parades, or simply the changes ... 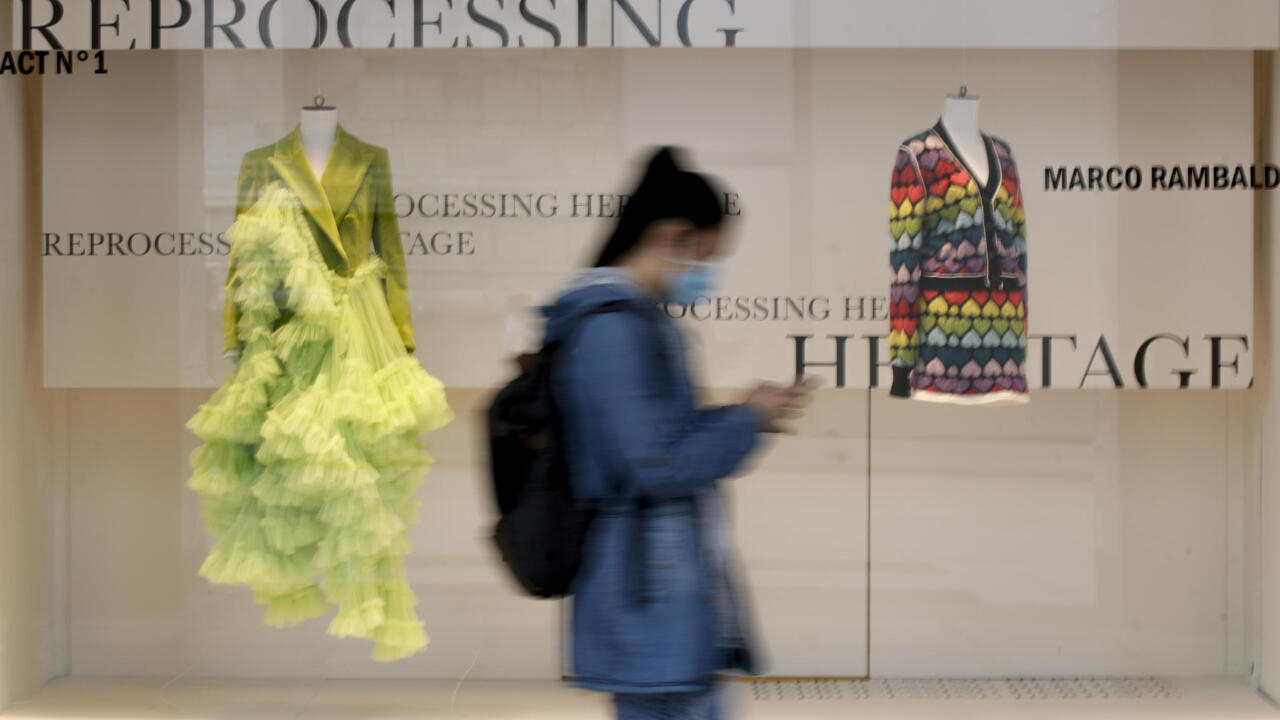 Covid-19: the pandemic has accelerated the transition from fashion to "phygital"

The fashion world is looking for its way between physical stores and online commerce.

The fashion world has been one of the most affected by the Covid-19 pandemic.

Between the closure of shops during the various confinements, the cancellation of parades, or simply the changes in habits linked to teleworking, this industry has had to adapt and professionals have had to work differently.

Those who had already invested in digital have succeeded in pulling out of the game. Others are trying the hybridization between the real and virtual world, which now concerns all links in the chain.

Paris hosts its haute couture fashion shows at the end of January (from 25 to 28), just after

After an atypical year, very affected by the Covid-19 pandemic, fashion players are facing this new season in an always uncertain climate, trying to adapt to a very specific health context.

In March 2020, when the pandemic became a global topic, the fashion world was in the midst of parade frenzy in Milan.

Italy was one of the first countries affected by the virus in the West and the fashion designer Giorgio Armani decided, at the last minute, to make his parade in an empty hall, leaving the public to follow the show outside, behind the screens.

From then on, everything changed.

In an environment accustomed to the rush of

in crowded halls, watching a catwalk on the computer all by yourself at home has become almost the norm for professionals in the sector.

There is a very frustrating side

,” admits a press secretary, who works for one of the most influential agencies in the fashion world, where he deals with several luxury brands.

The show is a sacred moment, and it is the beginning of a brand's communication

", he explains, who had to encourage his clients to adapt, like the whole sector.

The fashion world has adopted the parade without an audience, as we saw in December for Chanel, with actress Kristen Stewart as the only guest at the Château de Chenonceau, or in Lagos, where Naomi Campbel paraded for Arise, a

, in an almost empty room.

Brands have also adhered to films or series to present their collections, such as Gucci, which called on director Gus Van Sant to showcase the clothes of the Italian brand.

Not to mention artistic performances, such as that of the Nigerian Kenneth Ize, rising star of fashion, who presented his collection at the Palais de Tokyo, in Paris, in October in front of a very small audience, while the Namibian artist Maty Biayenda painted a work, live.

But the reflection on the maintenance and even the relevance of

, with their journalists and shoppers traveling the world to attend catwalks that last only a few minutes, has been only the tip of the iceberg.

The closure of physical stores in several countries during the first wave of the pandemic pushed consumers to shop online and certain e-commerce sites, particularly in China;

they embraced the principle of

In addition, the quest for more comfortable and easier to maintain clothing has also gained momentum, driven by teleworking which has partially freed us from the clothing injunctions of the professional environment.

It's still early days to know if the world will start dressing in joggers for work, but a change in that direction wouldn't come as a surprise.

Moreover, the ready-to-wear capsule collection entirely dedicated to interior clothing launched by Christian Dior is an indication of the markets that may develop further in the future.

At the level of fashion professionals, almost all trades have been turned upside down throughout the production chain.

Even the daily life of models has been affected, since photo shoots at the end of the world or even in studios have become scarce during confinement.

Thus, magazines but also fashion brands had to be creative and some sent clothes directly to the models, who took pictures of themselves at home.

On the designer side, some have designed masks, while others, like Haitian Kerby Jean-Raymond, opened the doors of his brand to help New Yorkers.

,” he announced in March.

Initiatives that have shown the adaptability, but also solidarity of the fashion industry.

But in general, the pandemic has above all accelerated the rush of fashion brands to go digital, in a movement that has been emerging for a few years.

Including in the textile industry, the less visible part of the sector, but also the less digital.

An emblematic example is that of trade shows, the most important of which is Première Vision, which takes place in Paris twice a year and which attracts buyers from all over the world, not only to order the fabrics that will make the collections for the seasons to come, but also to know the trends of the sector.

The event, which had set up a digital platform in 2018 to start supporting its exhibitors and buyers, had to move into second gear and switch to a 100% digital model during its edition last September.

The start was difficult, because people are used to this meeting,

But the first results of the digital show were very encouraging,

A digital fair that welcomes 20,000 virtual visitors and an international audience similar to that of the physical fair.

The Fashion Forum, during the last edition of the Première Vision show before the pandemic, in February 2020, attracted visitors from all over the world.

Lasbordes is aware that "

", an essential thing in a textile salon.

Moreover, if the next February edition will be completely virtual, the organizers hope to return in September to a “phygital” format, this somewhat barbaric term used to define the models of operation between the physical and the digital, like this this is already the case with several retail fashion brands.

This period accelerated this movement, sometimes in pain, because it is always better to prepare than to undergo it

But he ensures that the hybridization between physical and digital activities is the main legacy of the pandemic in the fashion industry.

This reinforces the need to keep one foot in the real and the other in the virtual.

►Our Covid series: disrupted professions can be found here