BLM: Lawsuit against New York Police for violence during protests

In May and June of last year tens of thousands protested against racism and police violence in New York. The city police department has now been sued for using "excessive force" during the demonstrations. 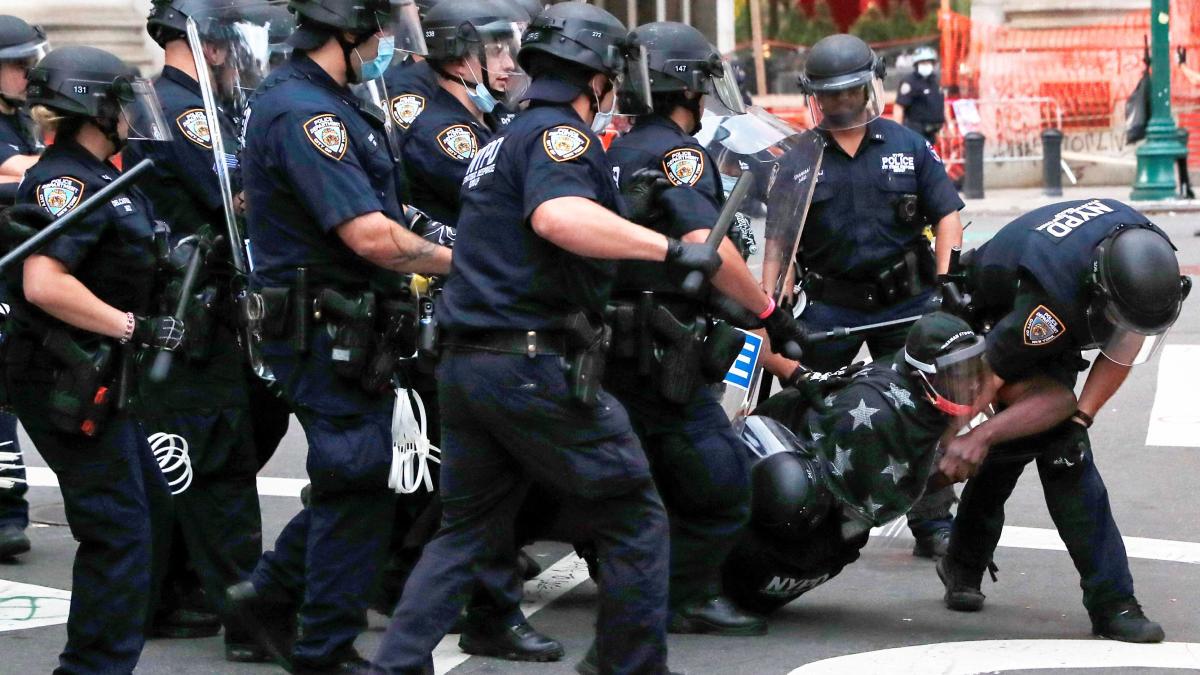 Around eight months after the “Black Lives Matter” protests in New York, the attorney general's office has sued the City Police Department (NYPD) for the use of “excessive force”.

This violated the demonstrators' basic right to peaceful protest.

There is no doubt that the NYPD used "excessive, brutal and unlawful violence" against numerous demonstrators, James said.

The prosecutor called for external observers to be used at future demonstrations to monitor the work of the NYPD.

De Blasio defended the work of the police, but promised to investigate the incidents and to take legal action for possible wrongdoing.

In May and June of last year tens of thousands protested against racism and police violence in New York.

The trigger for this was the case of the African American George Floyd, who was killed during a police operation in Minneapolis.

The NYPD has been criticized several times for its crackdown on protesters.

There were numerous videos circulating on the web showing officials attacking peaceful protesters.