The United States Congress met at the Capitol on Wednesday to formally determine that Joe Biden is the winner of the presidential election. About an hour after the seat in the Capitol began, Trump supporters stormed the building and chaos erupted at the heart of American democracy. NU.nl has listed exactly how that went. 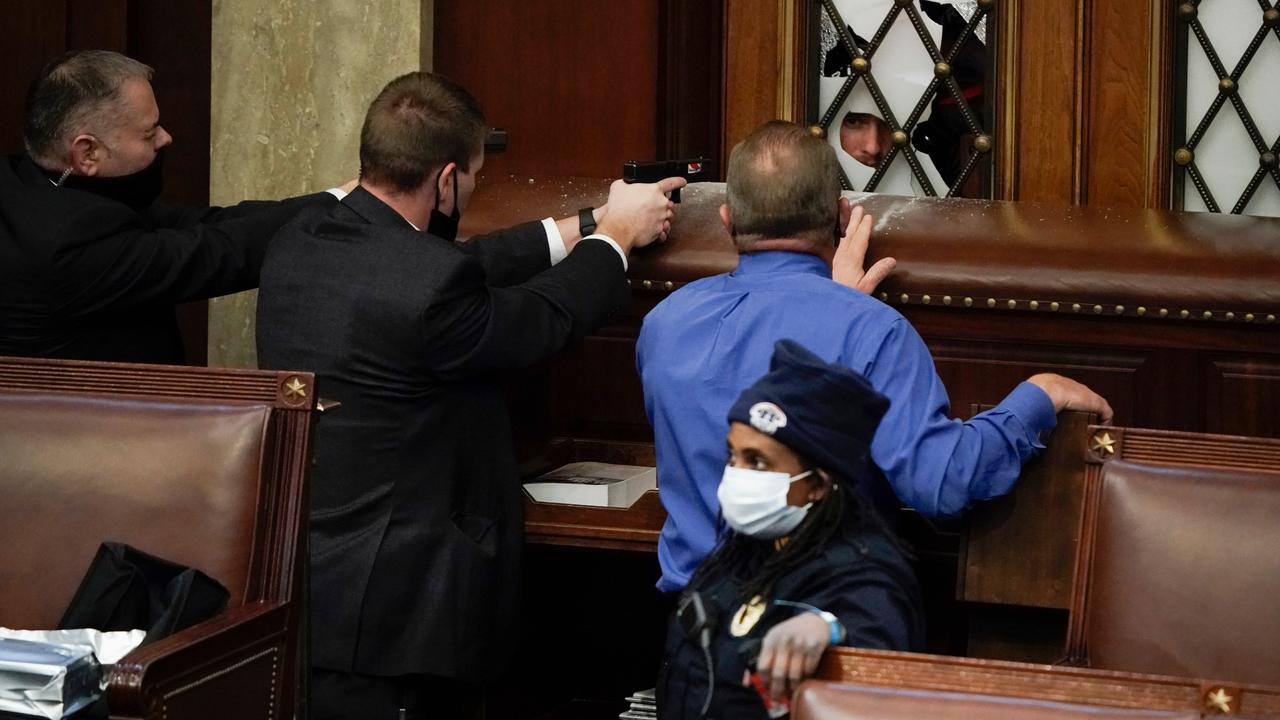 About an hour after the seat in the Capitol began, Trump supporters stormed the building and chaos erupted at the heart of American democracy.

NU.nl has listed exactly how that went.

Thousands of Trump supporters have come to Washington to demonstrate against the election results.

In a speech to a group of supporters in front of the White House, Trump reiterated that he does not recognize or give up the election results.

In the Capitol, members of the Senate and House of Representatives gather to vote on Joe Biden's appointment as president.

Just before the hearing, Vice President Mike Pence emphasizes that he only holds a ceremonial position and cannot change the outcome of the session.

With this, Pence goes against Trump, who repeatedly emphasized that the vice president must "send back" the electors.

Trump speaks of 'fake' elections prior to storming

Hundreds of Trump supporters break through the Capitol's barricades.

Not much later they also enter the building.

Congressmen are evacuated from the building.

They wear gas masks because tear gas is used.

Some congressmen try in vain to block the doors to the Senate floor.

Someone is shot in the Capitol, it is later revealed that it is a female Trump supporter.

It is unclear who shot her.

Congressmen take shelter under benches during the storm

Congressmen take shelter under benches during the storm

The mayor of Washington declares a curfew from midnight to Thursday 12:00 PM (Dutch time).

There are still Trump supporters in the Capitol, with flags and weapons.

They include in the chambers of congressmen and on the Senate floor.

Republicans and Democrats on Twitter are calling on protesters to leave the building.

Trump "calls on everyone to remain peaceful," but calls on his supporters to stop the storming.

Trump supporters in the Capitol

Trump supporters in the Capitol

American president-elect Joe Biden condemns the storming of the congress.

"At the moment our democracy is under attack in an unparalleled way. This is not a protest, but an uprising. I am shocked and sad that our country has reached such a dark point."

The incumbent President Trump is also issuing a statement.

He reiterates his baseless assertion that the elections have been "stolen" and that he won them.

Meanwhile, the riot police have also entered the government building.

There does not seem to be any visible arrests yet.

5 p.m. (11 p.m. Dutch time): Protesters are slowly moving away from the Capitol.

Trump eventually calls on his supporters to go home.

All Trump supporters were removed from the building at 11:38 p.m. Dutch time.

The police are also starting to sweep the area around the government building.

Officers line up and people are forced to leave the area.

The curfew has now started in Washington, but the streets remain restless with Trump supporters.

Mitch McConnell has announced that he wants to continue the vote in Congress.

Various social media, including Facebook, Instagram and YouTube, have since removed a video of Donald Trump, in which he says again that fraud has taken place in the elections and that the storming is a logical consequence.

It is now also known that the previously shot woman died of her injuries.

It concerns a former veteran and Trump supporter from San Diego.

A few hours after Trump supporters stormed the Capitol, the congress reunites.

The counting of electoral votes for the presidential election will resume on Wednesday evening.

As far as we know, 43 arrests have been made: thirty for violating curfews and thirteen for, among other things, storming the Capitol and assaulting agents.

Some ministers in Trump's cabinet are considering using the 25th Amendment to impeach Trump,

based on Republican sources.

It would still be exploratory talks.

See also: This is what you wanted to know about the storming of the Capitol