Senators in the US Congress reunited on Wednesday at 8 p.m. (2 a.m. Dutch time), hours after Trump supporters stormed the Capitol. The meeting on the counting of electoral votes for the presidential elections is still ongoing on Thursday morning. 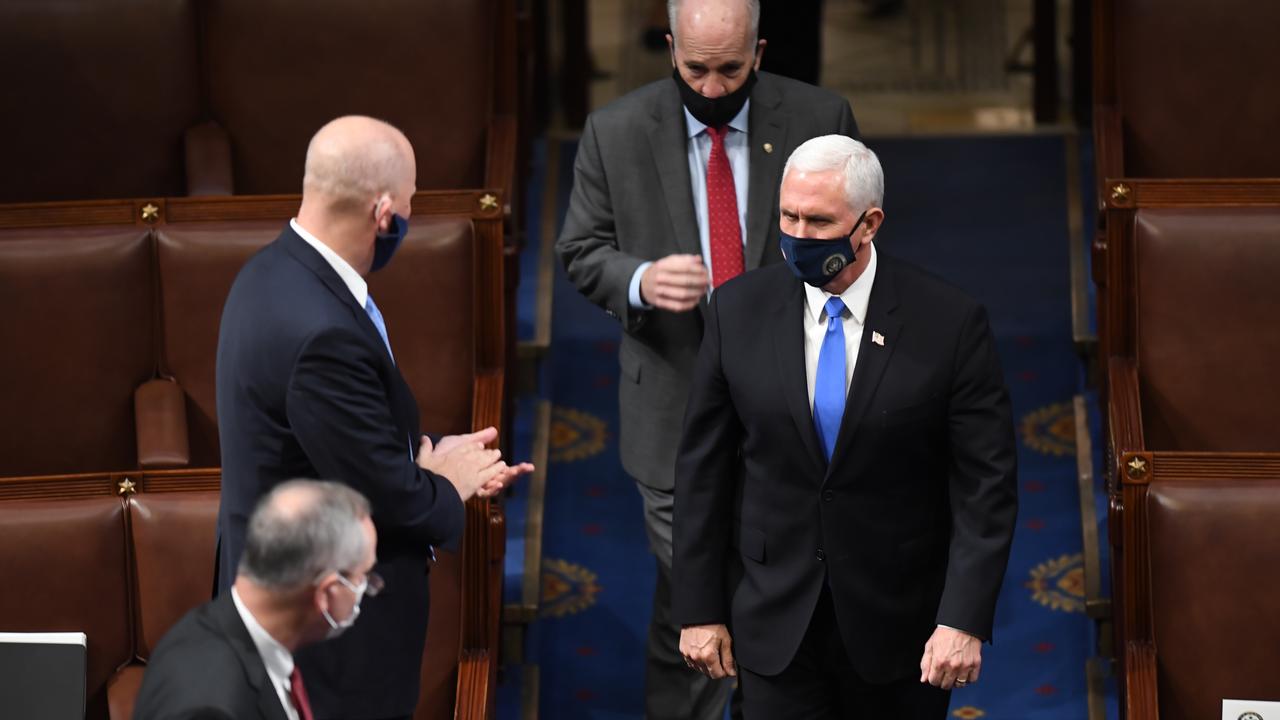 Senators in the US Congress reunited on Wednesday at 8 p.m. (2 a.m. Dutch time), hours after Trump supporters stormed the Capitol.

The meeting on the counting of electoral votes for the presidential elections is still ongoing on Thursday morning.

Vice President Mike Pence opened the meeting in the Senate.

He disapproves of Wednesday's violence, saying the stormers have not won and that violence will never win.

The vice president ends his speech with, "Let's get to work now," followed by applause.

"We will perform our duties under the constitution and for our nation. And we will do that tonight."

Chuck Schumer, the Democratic leader in the Senate, calls Wednesday night "a stain" in US history.

"One we will not soon forget."

According to him, the disturbances were caused by the president, who continuously shares conspiracy theories with his supporters.

"This would never have happened without Trump."

Several politicians who planned to object to the election results have decided not to do so because of the disturbances.

Kelly Loeffler, among others, who lost her seat in Georgia earlier in the day, promises to certify the result.

After the debate on the objections, the counting of the electors can begin.

Then Joe Biden is formally proclaimed the next president of the United States in Congress.

The US Congress met in the Capitol on Wednesday to formally determine that Biden is the winner of the presidential election.

About an hour after the session in the Capitol began, Trump supporters stormed the building.

The meeting was then halted and Congress was evicted.

The Trump supporters were removed from the building around 11:45 p.m. (Dutch time).

Despite a curfew, many rioters are still present outside the Capitol.

A total of 52 arrests have been made among Trump supporters.

The National Guard has been mobilized to assist the local police.