One of the most expensive foods in the world .. A trip with the "eggs" of the rare fish

In the middle of the Austrian Alps, Stefan Astner inspects a rare fish that is exported at fantastic prices to the countries of the world to be served at luxurious tables. He works in the town of Grodig near Salzburg in Austria, where female fish are raised and the eggs are very expensive. 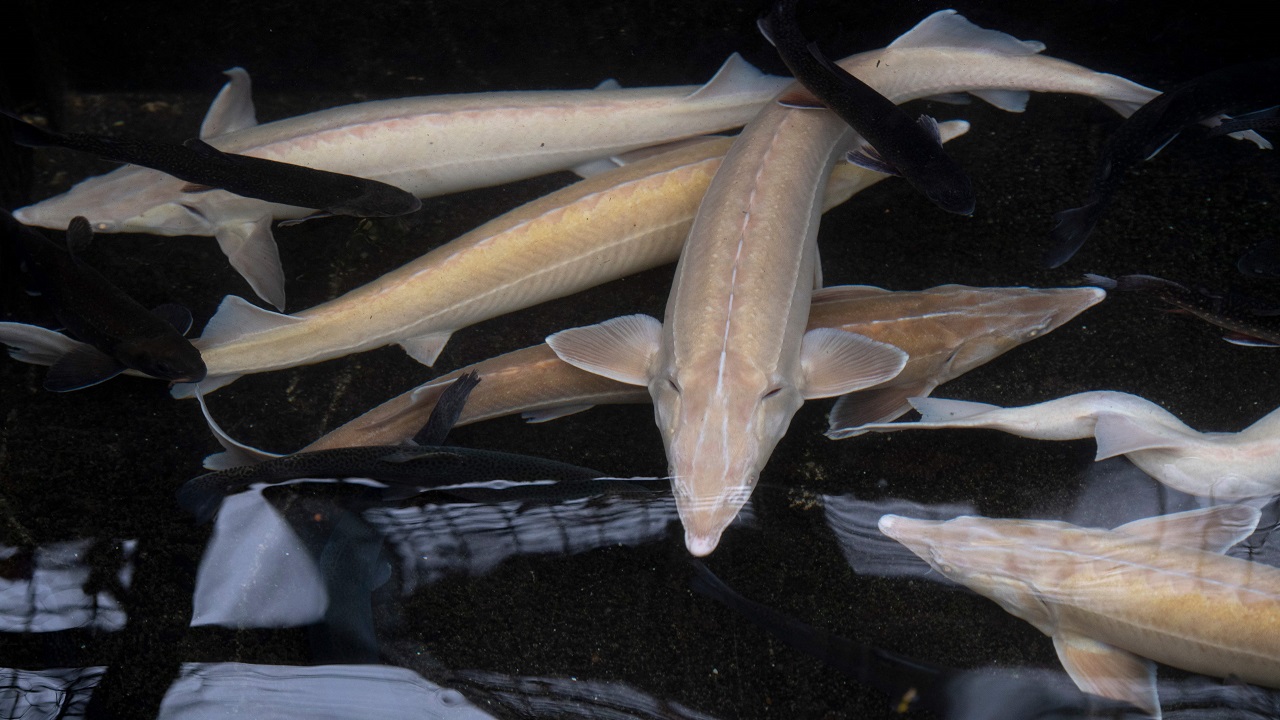 One of the most expensive foods in the world .. A trip with the "eggs" of the rare fish

In the middle of the Austrian Alps, Stefan Astner checks a rare fish that is exported at fantastic prices to the countries of the world to be served at luxurious tables.

Ustner works in the town of Grodig, near Salzburg, Austria, where female fish are raised that cost very dearly for their eggs.

Walter Groul, director of this fish-breeding facility, slits the skin of a 16-year-old fish to extract light-colored eggs.

"Eggs are tenderer than black caviar," he says, washing them.

This grain, which weighs less than 600 grams, costs 8,000 euros, which is three times more expensive than black caviar, which is originally considered a luxury food.

Walter Gruhl asserts that “these eggs are among the most expensive foods in the world.

It constitutes only 1% of our total caviar production. ”

In the adjacent hall, Walter's daughter Alexandra is preparing about 40 boxes "to be exported to Germany, Italy and Spain," according to what the young woman reveals, reviewing the order slips.

The Covid-19 crisis negatively affected orders due to the closure of restaurants and luxury hotels, but retail sales boomed in return.

New Year's celebrations account for about 40% of the annual turnover.

"People want to have fun in the present," said Groul, whose phone kept ringing for the orders.

The fish farmers are reluctant to reveal the names of their customers, many of whom live in Asia, Russia and the Middle East, as one of the secrets of success in the profession is discretion.

A luxury car brand called him and received an offer some time ago from an airline that wanted to offer "Made in Austria" caviar to premium customers.

The breeding of white or black sturgeon, which has been flourishing for a quarter of a century in China, Italy and France, especially as a result of the ban on fishing for these fish, matches the spirit of the age with its environmental considerations, allowing at the same time the preservation of the species.

This type of fish may live up to 120 years and has been around since the age of the dinosaurs, but it is on the verge of extinction from its natural habitat in Russia and Iran.

Global production of sturgeon eggs in natural waters collapsed in the 1980s, due to overfishing and pollution.

There are 30 to 40 farms, including two or three in Austria, that provide white caviar, according to academic Thomas Friedrich, who is coordinating a program in Vienna to boost the reproduction of the Danube sturgeon.

In the past, when a rare adult sturgeon was caught in the Caspian Sea, its eggs were offered exclusively to the Shah of Iran, Friedrich said.