Donald Trump is surprising the world once again: In order to prevent "terrible events" on January 20, 2021, the still-US President has ordered the year 2020 in the USA to be extended to an uncertain time. 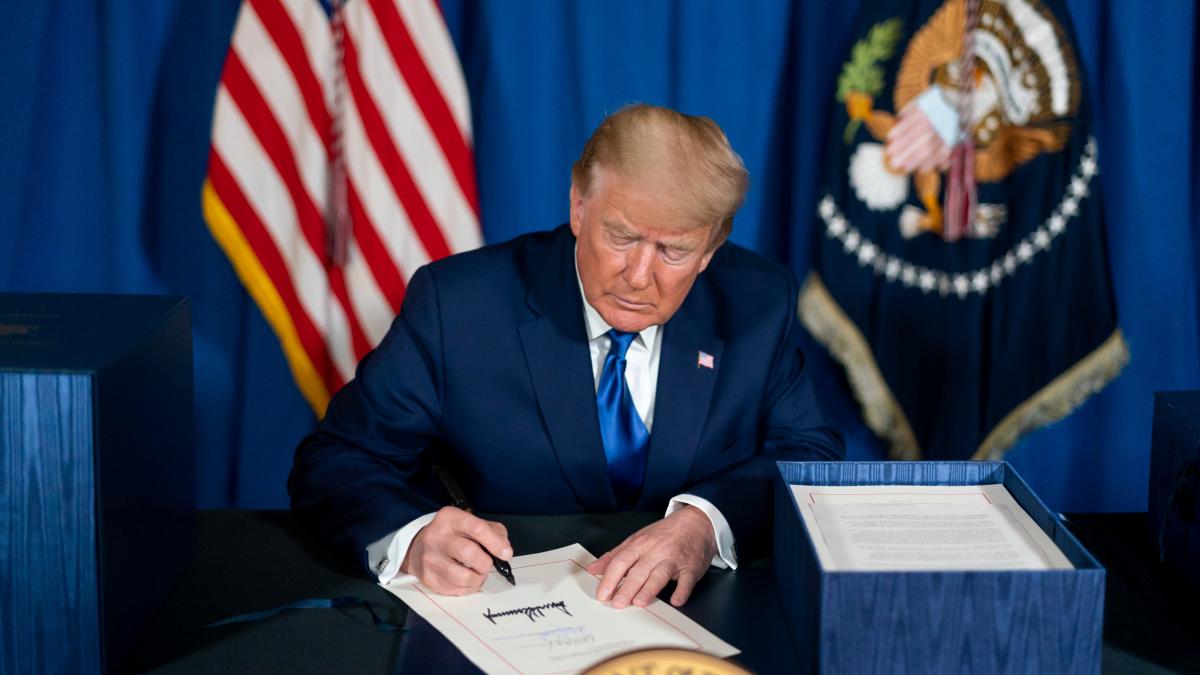 In any case, this is a decree signed by President Donald Trump, who is still in the United States and which, by way of an emergency ordinance, extends 2020 to an indefinite period.

Accordingly, the year 2021 does not begin in the USA on Friday;

December 32 is rather a normal working day, as Trump made unmistakably clear.

At first, this surprising measure even met with applause from the president's political opponents, because it was assumed that the New Year's Eve cancellation should prevent dangerous extravagant parties in times of the corona pandemic.

New era in the USA

But Trump immediately dismissed these "malicious" accusations, which he assumed had altruistic motives.

His only concern was to protect his American compatriots from a "terrible event" on January 20, 2021 that represented a "serious threat" to his presidency.

That is why he could not allow an early end to 2020, said Trump at the signing of the presidential decree, which provides for the nationwide introduction of the Donaldian calendar instead of the outdated Gregorian.

With the now legendary words “If you can have hair and other things extended, why not years?” The head of state happily put his name under the “Prolongation Act”.

Everything stays the same for Trump's compatriots

Nothing will change for the Americans, the president affirmed, and thanks to his environmental policy, July temperatures in December are no longer unusual.

And soon you will be able to slide carefree into the year 2021, Trump announced.

Once the lawsuits against the outcome of the US presidential election in November 2020 have been dealt with and decided in his favor, the 74-year-old promised to happily celebrate New Year's Eve: “I'll take another look at the situation on December 9490 and then decide. "

- and don't miss any articles or cheap additional jokes in the future!