The cold wave is arriving one after another! The temperature drops to low points in most of the north and concentrated rain and snow in the middle and east

China News Service, December 29, according to comprehensive news, the Central Meteorological Observatory continued to issue a cold wave orange warning at 6 o'clock on the 29th: Affected by strong cold air, there will be strong winds and strong cooling in most of the central and eastern parts of my country. It is expected that the temperature in most of the central and eastern regions will drop b 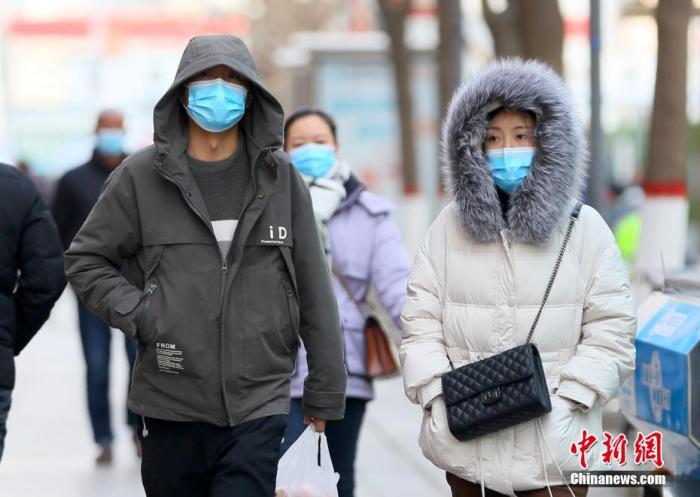 China News Service, December 29, according to comprehensive news, the Central Meteorological Observatory continued to issue a cold wave orange warning at 6 o'clock on the 29th: Affected by strong cold air, there will be strong winds and strong cooling in most of the central and eastern parts of my country.

The maximum temperature in most parts of the north has dropped to a low point, and many places have fallen below 0°C for the first time this winter

It is expected that today and tomorrow (December 29-30), as the main body of the cold wave rapidly expands southward, the maximum temperature in most parts of northern my country will drop to a low point, and many places may drop below 0°C for the first time this winter. 16°C.

In addition, today is still a concentrated period of large-scale rain and snow in the central and eastern regions. There will be heavy snow in Shandong, Jiangsu and other places, reminding the public to pay attention to the adverse effects of severe weather and road snow and icing on traffic travel.

The New Year’s Eve "Overlord" cold wave has been "delivered". Monitoring shows that at 7 o'clock today, compared with 7 o'clock yesterday, the temperature in western Gansu, northern Ningxia, northern Shaanxi, central and western Inner Mongolia, northwestern Shanxi, northwest and central Hebei, and Beijing has cooled down 6～10℃, and some areas in central Inner Mongolia dropped by 15～19℃.

Affected by the cold wave, since yesterday, many parts of the central and eastern regions have been "invaded" by rain and snow.

Monitoring shows that from 8 am yesterday to 6 am today, 6 to 8 gusts and local gusts of 9 to 10 occurred in eastern Northwest China, North China, Huanghuai, Jianghan and other places; rainfall, snow or other places appeared in Shandong, central and eastern Henan, etc. The sleet is 2-9 mm, and the local area of ​​central Henan is 10-14 mm.

At 7 o'clock today, the depth of snow in central Shandong is 3-8 cm.

There was light to moderate rain in most parts of Jiangnan, the eastern and southern parts of Southwest China, and most of southern China.

Today (29th), due to the cold wave, Beijing will have strong winds to cool down. At present, the three major warning signals of cold wave, continuous low temperature and strong wind are on the rise. The lowest temperature has dropped to -13℃, or close to the extreme lowest temperature record in December in the past 10 years. , Gusts can reach level 7, the lowest somatosensory temperature will be close to -20℃, the wind chill effect is significant, and public travel needs to be protected from cold and wind.

The cold wave forward arrived in Guangdong this afternoon, and the minimum temperature in northern Guangdong dropped to 1 to 6℃

According to forecasts, this afternoon, the cold wave forward will arrive in northern Guangdong, and the process of drastic cooling in Guangdong will begin.

As for the city, Guangzhou today is cloudy during the day; cloudy at night; the temperature is between 9℃～25℃; the relative humidity is between 50%～65%; the slight easterly wind turns to the fresher northerly wind.

Zhejiang's strong wind, rain, snow and freezing all bring the temperature down to 12 to 14℃

Starting at noon today, the current cold wave weather will affect Zhejiang from north to south, and severe temperatures, strong winds, rain and snow, and severe freezing weather will continue to be encountered everywhere.

It is estimated that the daily average temperature in most parts of Zhejiang will drop by 12~14℃ today and tomorrow. It is very important to keep cold and warm!

Affected by the cold wave weather, it is expected that Shandong will still be a day of “online” rain, snow, strong wind, and cooling. In some areas, there will be moderate to heavy snow, and local or blizzard; the wind force in the peninsula and other places will remain unchanged. Ground gusts can still reach level 7 to 8; in response, Shandong Meteorological Observatory continues to issue warning signals of cold wave yellow, blizzard yellow and road icing orange, and the public needs to take good care of cold and warm work.

According to forecasts, affected by the continued cold wave weather, Shandong is still a day of "online" strong winds and rain and snow.

There are northerly winds across the province, with magnitudes 5 to 6 and gusts ranging from magnitude 7 to 8 in the peninsula; gusts of magnitude 4 to 5 in other areas weakened to magnitude 3 to 4.

The lowest night temperature: about -14℃ in northwestern Shandong, central Shandong and eastern areas of southeast Shandong, below -16℃ in some parts, around -8℃ in coastal areas of the peninsula, and around -10℃ in other areas.

The Central Meteorological Observatory continued to issue a yellow warning for sea gale at 06:00 on December 29: It is estimated that due to strong cold air, from day to night on the 29th, the Bohai Sea, the Bohai Strait, most of the Yellow Sea, most of the East China Sea, the Taiwan Strait, and the east of Taiwan There will be strong winds of magnitude 8 and gusts of magnitude 9 to 10 in parts of the sea, Bashi Strait, Beibu Gulf, northeastern and northwestern parts of the South China Sea, including the southwestern part of the Yellow Sea, the western part of the East China Sea, the Taiwan Strait, and parts of the sea east of Taiwan. The wind can reach level 9 and gusts can reach level 10 to 11.