With the Pig Train tour, the careers of Eddie Meduza and Micke “Svullo” Dubois culminated. A new documentary shows private documentation from the messy life backstage for the first time. - The tour was like a collective attack from the ugly culture giants, says Ika Johannesson, cultural journalist and host of SVT Kultur. 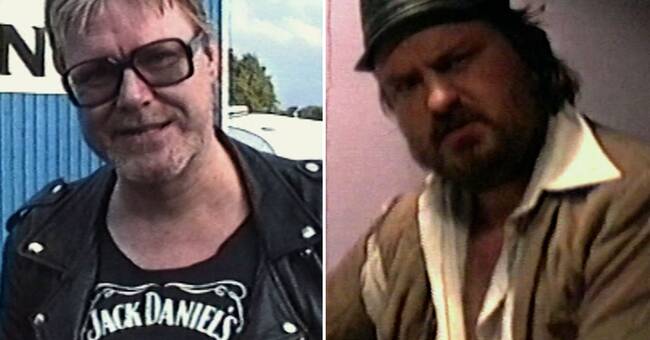 The pig train that toured around 1993 was an anti-reaction to the popular Rock train, with Niklas Strömstedt, Tomas Ledin and Lena Philipsson.

Instead of "Summer is short", the songs on Griståget were about alcohol and sex and Micke "Svullo" Dubois made crude jokes.

Also on stage was a stripper and a fakir.

- The only problem was that the audience was 18 years and down.

It was very piggy, says manager Ulf Bejerstrand in the documentary.

"As nice as tanning for idiocy"

In terms of audience, the tour was a success.

- It was an ingenious combination of artists.

Eddie Meduza had a large audience out in the country and "Svullo" had become popular on SVT.

It is probably the only time that kind of rough, so-called ugly culture has had such a setting and a big impact, says Ika Johannesson.

How come they have appealed to so many?

- It is as nice to tan for idiocy, the ugly and the stupid appeal to the more primitive parts of man.

There must be alternatives to the intellectual and constructive.

But one must also remember that it takes a lot of intellect to perform idiocy in a successful way.

In addition, both "Svullo" and Eddie Meduza have strong life stories, which means that both their positions and personalities are etched.

Want to see more of "Svullo" and Eddie Meduza?

The Pig Train - The Journey to Revenge and Destruction will be broadcast on SVT2 on Friday 1 January at 20.00 and can be seen on SVT Play.