The residents of a senior citizen center in Saxony-Anhalt had already been vaccinated on Saturday. Health Minister Spahn was irritated by the early start. The head of the vaccination center defended the action. 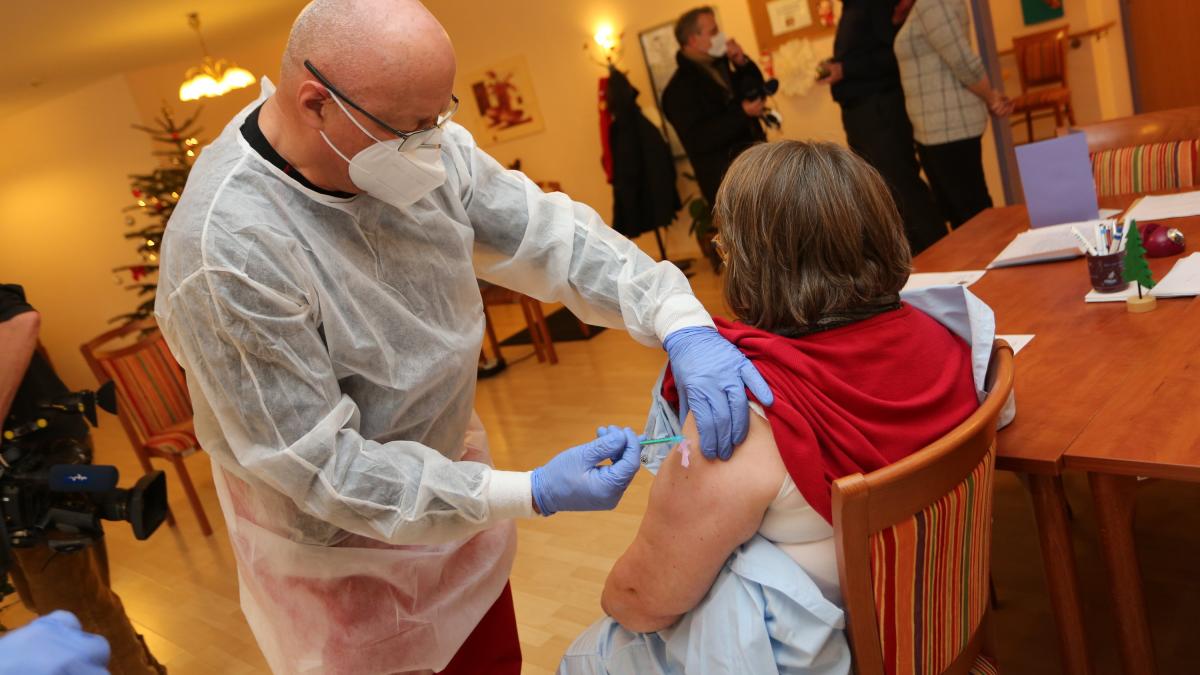 The technical director of the vaccination center in the Harz district defended the early vaccination start on Saturday.

"It was always said: Every day counts with Corona," said Immo Kramer of the "Bild" newspaper on Monday.

“We had the vaccine on Saturday and were ready - why should we wait until Sunday?

The vaccination doses had gradually reached the federal states on Saturday.

The nationwide vaccination start was planned for Sunday - together with the other EU countries.

In a retirement home in Halberstadt, however, several dozen residents and staff were vaccinated on Saturday.

The first patient there was a 101-year-old resident.

Federal Minister of Health Jens Spahn was surprised by the vaccinations in Halberstadt.

The minister is happy for the first corona vaccine in Germany, said his spokesman for "Bild am Sonntag".

"However, we had agreed with all partner countries of the EU and with the 16 federal states to deliver to everyone on Saturday and to start the vaccinations together from Sunday."

Vaccinations should start on Sunday in all federal states, several tens of thousands of vaccine doses were delivered on Saturday.

They are distributed to vaccination centers and mobile teams by the responsible state authorities.

First, people over the age of 80, as well as nurses and hospital staff at particular risk, are to be immunized.

Two thirds of the residents get vaccinated

The operator of the retirement home in Halberstadt, Tobias Krüger, obviously didn't want to lose any time.

"Every day we wait is one day too many," he said.

The district office had previously asked him whether everything was prepared in the home.

In the senior citizens' center in Halberstadt in the Harz Mountains, two thirds of the 59 residents opted for the vaccination and a quarter of the 40 employees.

Home manager Krüger was also among them.

He thinks the vaccination makes sense.

"But I also understand the concerns."

The vaccination did not cause any problems for residents or employees, said Krüger on Sunday.

"Everyone is doing well." The home manager also emphasized: "Everyone who wanted to have been vaccinated." The willingness to vaccinate varies greatly from region to region, and vaccination is ultimately voluntary.

In any case, there was no shortage of vaccine.

On January 15th, i.e. in just under three weeks, the residents will receive their second vaccination.

Only then will the full effect of the vaccine from the Mainz company Biontech and its US partner Pfizer be guaranteed.

Under the motto "Sleeves up", the federal government is specifically promoting participation in the vaccination campaign.

To stop the pandemic, experts estimate that around 60 to 70 percent of the German population would have to be vaccinated.

"We want to vaccinate so many people that the virus no longer has a chance, in Germany and in Europe," said Federal Health Minister Jens Spahn (CDU).

"Those who take part save lives."

1.3 million vaccine doses are to be delivered by the end of the year.

At the end of March it should be over ten million.

And in the middle of the year, Spahn wants to be able to make an offer to everyone who wants to be vaccinated.

But the Minister of Health also prepared the population for the fact that, given the size of the campaign, things might not go right straight away.

"It will jerk at one point or another, that's completely normal."