Ranked among the "Four Big Bears" in Peking Opera What kind of life story does Ma Lianliang have?

Chinanews client, Beijing, December 22 (Reporter Shangguanyun) When talking about the history of Peking Opera, Ma Lianliang is a figure who can't get around. As a famous Peking opera artist, his performance style is unique and he has always innovated the art of opera.   On the 22nd, "Dragon Horse Spirit Sea Crane Posture-The 120th Anniversary Exhibition of Mr. Ma Lianliang’s Birth" opened at th 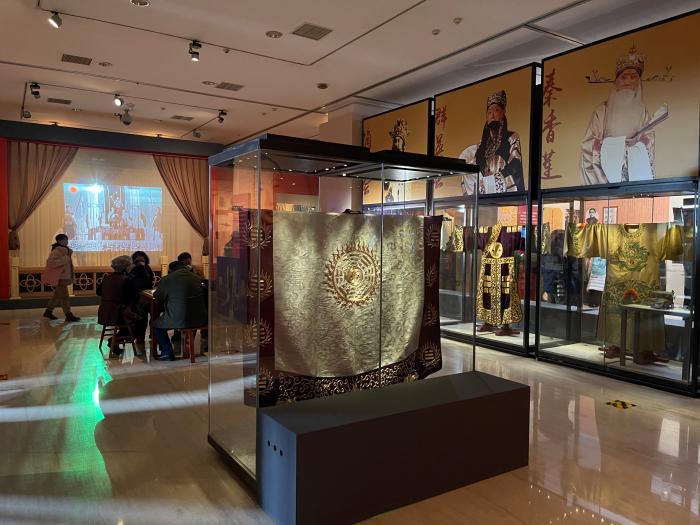 Chinanews client, Beijing, December 22 (Reporter Shangguanyun) When talking about the history of Peking Opera, Ma Lianliang is a figure who can't get around.

As a famous Peking opera artist, his performance style is unique and he has always innovated the art of opera.

Ma Lianliang is the founder of the "Ma Pai" art and is included in the "Four Big Bears before and after" Peking Opera. He also left many classic repertoires and valuable cultural heritage.

Photo courtesy of the Capital Museum

From the content point of view, the exhibition is divided into three parts: the first part is the Xusheng Taidou, which mainly tells the life track of Ma Lianliang in the historical background; the second part is as gentle as drama, through Ma Lianliang’s classic representative repertoire and exquisite opera costumes, Shows his pinnacle achievements in art.

In the third part, the chrysanthemum is very popular, using Ma Lianliang's communication and teaching as a clue to show his influence at home and abroad, and his artistic heritage.

The legend of Beijing opera masters

This exhibition attracted the attention of many theater fans.

The story of Ma Lianliang also attracted the attention of many visitors.

In 1901, Ma Lianliang was born in an ordinary family in Beijing.

Ma Lianliang once recalled that because of the opening of a tea house at home, Jin Xiushan, De Junru, and Liu Mingshan all went there for tickets. "So I have been addicted to singing since I was a child. At that time, when people asked me what I was going to do in the future, I didn't have any Hesitatingly answered: I'll sing a show tomorrow!"

Photo courtesy of the Capital Museum

It can also be said that in Ma Lianliang's mind, he has been calculating the word "singing opera" since he was a child.

Later, the family decided to ask Ma Lianliang to learn opera. He was eight years old that year.

After some hard work, in 1927, the 26-year-old Ma Lianliang independently picked the Chunfu Society for the first time, and gained fame and prestige.

Starting from about the 1930s, Ma Lianliang entered a glorious period of his artistic career, and his performing arts became more mature.

It is worth noting that he has continuously innovated the art of Peking opera and boldly made changes. He integrated the performance methods of "life" and "end" into one, forming a new style combining singing, thinking and doing, creating a unique style "Horse School" art.

In terms of repertoire, Peking Opera "Orphans of the Zhao Family" is a masterpiece of Ma Lianliang's acting career in the next two decades. So far, this play is still a long-standing famous drama on the Peking Opera stage.

After becoming famous, he also began to train disciples and students.

At the apprenticeship meeting of Wang Helin and Wang Jinlu, Xu Lingxiao summed up Ma Lianliang's art as "integrating the strengths of all families and giving play to their own strengths".

In Ma Lianliang's view, the same is true for teaching: scholars cannot learn by death, each has its own body, can achieve similarity, and then use it according to its own characteristics.

Later, the students benefited from Ma Lianliang's precepts and deeds, and most of them became "posts", which also enabled the Ma School of art to be passed down.

Now, many years have passed.

Some people say that Ma Lianliang's stage career has run through the golden age of the development of Peking Opera in the 20th century, and he is also a landmark representative of Chinese Peking Opera.