Adoptive parents' concerns: This year's Christmas calendar has consequences for our children

This year's Christmas calendar Mirakel depicts adoption and takes place partly at an orphanage (called HVB-home in the series). But the description is misleading and can have negative consequences for adopted children, according to adoptive parents and the adoption association Children's Friends. 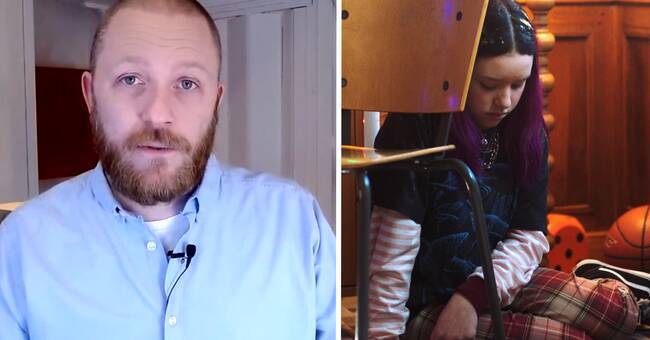 A vulnerable point for adoptees can be the many issues of the environment that can be difficult to deal with, and with this year's Christmas calendar, they can become more numerous, she says.

One of the main characters in this year's Christmas calendar Mirakel is orphaned Mira who lives in an orphanage, and is to be adopted.

In the series, the orphanage is called HVB-hem.

In reality, there are no orphanages in Sweden today and HVB homes are for people with substance abuse problems, among other things.

Adoption processes today take great account of the child's wishes and best interests, something Mona Berglund does not think is apparent in Mirakel.

The criticism is also noticeable in groups for adoption on social media, where, among other things, several adoptive parents are worried about negative consequences for adopted children.

- Children risk getting big questions that are difficult to handle.

Were you at HVB home?

SVT boss: Is a fairy tale

According to Johanna Gårdare, head of department at SVT Barn, the intention is not to give a realistic picture of reality.

In a statement to Kulturnyheterna, she writes that:

"Miracle is a fairy tale about a time travel where two girls can move between 1920 and 2020. As in all fiction, there are parts that do not correspond to reality, it is the task of fiction - to create fantasy worlds.

We are sorry if some feel that our portrayal of adoption or HVB homes affects them negatively.

Our ambition has been to add things that can be difficult or complicated. ”

See some of the scenes that are criticized and hear the adoptive parent Conny Norén explain why in the video above.