What woke you up this morning? For many friends in the north, it is wind!   The strong wind that came with the cold wave patted the windows all night, and every time I patted it, it seemed to say: "Is it cold!"   The Central Meteorological Observatory predicts that from December 12 to 14, strong cold air will "sweep" the central and eastern regions, and most areas will experience the coldest w 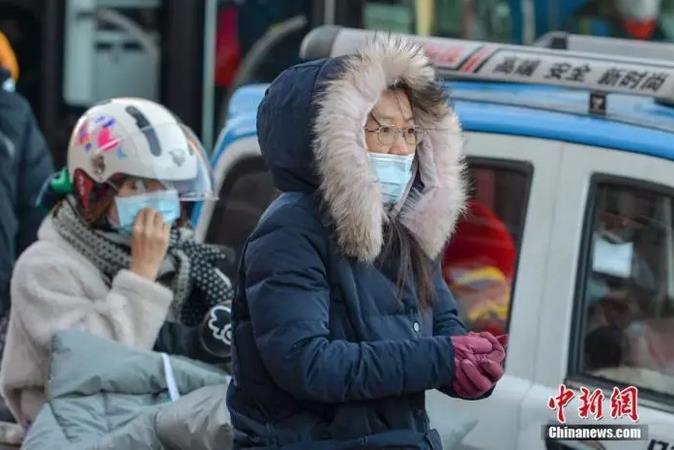 What woke you up this morning?

For many friends in the north, it is wind!

The strong wind that came with the cold wave patted the windows all night, and every time I patted it, it seemed to say: "Is it cold!"

The Central Meteorological Observatory predicts that from December 12 to 14, strong cold air will "sweep" the central and eastern regions, and most areas will experience the coldest weather since the beginning of winter.

At the same time, large-scale rain and snow weather will also hit the south, and the rain and snow boundary may reach northern Guizhou, northern Hunan, northwest Jiangxi, and southern Anhui.

It is said that even if the weather cools down and there is no clothes to wear, workers with iron will have to wait until the price of double twelve falls before buying clothes.

I wonder if such "steel will" can withstand the cold wave that has arrived?

It is expected that from the 12th to the 14th, a strong cold air will affect the central and eastern regions of my country from north to south. The temperature in many places will be "big diving", with a cooling range of 4-8℃, and a local temperature drop of about 10℃. Most areas The coldest weather since the beginning of winter will appear.

According to the prediction of the Central Meteorological Observatory, overall, the obvious cooling in the north was mainly concentrated on December 13, which is Sunday, in Harbin, Changchun, Shenyang, Beijing, Tianjin, Lanzhou, Yinchuan, Xi'an, Jinan, Zhengzhou, etc. The temperature in provincial capital cities will be the lowest in the next six months.

Under the influence of this round of cold wave weather, significant snow and strong winds appeared in Beijing on the evening of the 12th.

In the gale blue warning, it is expected that there will be northerly winds of magnitude 4 and 5 and gusts of magnitude 7 during the day on the 13th.

On the evening of the 12th, snow fell in Beijing.

On the evening of the 12th, significant snow fell in Beijing's Changping District.

The highest temperature in Tianjin and Xi'an is only -1℃, which will be the first time after winter has fallen below the freezing point.

Many netizens have already felt the strength of this cold wave.

The cooling in the south occurred on the 14th, and the temperatures in Hefei, Wuhan, Nanjing, Changsha, Nanchang, Hangzhou, Chengdu and other major cities will hit a record low in half a year, especially the highest temperatures in Wuhan and Changsha will be less than 5 ℃, and possibly There is sleet, and the body feels cold and clammy.

This round of cold air process will also promote the winter process in Chongqing, Shanghai, eastern Zhejiang and other places.

After this round of cooling, the degree of coldness in most parts of the country can be compared with that of “Nine-nine-nine-forty-nine”. The highest temperature in Jianghan and Jiangnan is only about 5℃.

Data map: On December 3, a snowfall began to spread in Diexi Town, Maoxian County, Sichuan Province. After the snowfall, the sky cleared.

In late November, Blizzard in the north swept the screen on the Internet, and all the little friends in the south cried.

So, do they have the conditions to make a snowman this time?

It may be a bit hanging.

On the whole, this cold wave will usher in a "great melee" of rain, snow, sleet, and freezing rain.

Zhang Tao, chief forecaster of the Central Meteorological Observatory, introduced that the warm and humid airflow that "mixed" it was not particularly strong during the process of cold air going south, and the cold air can only be regarded as "medium intensity", so the precipitation it brought The intensity is not as strong as the previous rounds of rain and snow.

On the 13th, the range and intensity of rain and snow will reach the maximum of this process, and the southernmost end of the rain and snow boundary will be pressed to northern Guizhou-northern Hunan-northwest Jiangxi-southern Anhui.

There is heavy snow (5-7 mm) in some parts of the mountains in southern Anhui, southwestern Hubei, and northwestern Hunan.

"On the lines of Hubei, Shaanxi, Chongqing and Sichuan, Guizhou, because the terrain is more complex, the phase of precipitation depends on the altitude difference. There will be some differences between low altitude areas and high altitude areas, which can be freezing rain, snow, or rain. Sleet." Zhang Tao said that from the night of the 13th to the 14th, freezing rain occurred in parts of eastern Guizhou and western Hunan, which should be paid attention to.

Not the strongest cold air, but the coldest weather process?

Although the impact of this round of cold air is relatively large, it is not very strong from the extreme point of view, and the cooling rate is not the largest. How can it reach the standard of cold wave?

Zhang Tao said that this is because most of the central and eastern regions have always been cold in the early stage, so the temperature continues to fall under the condition of "relatively cold". Although the magnitude is not the largest, the lowest temperature in most areas involved in cooling may be hit. New low.

Before the current round of cold air began to affect most of the central and eastern plains on the 12th, the southern region, especially the Jiangnan region, had sunny to less cloud weather.

By the 13th, the cold air carried out a "sneak attack" and it quickly turned into rainy, snowy weather, causing a large contrast between the front and back.

Zhang Tao introduced that to reach the cold wave standard, it takes 4 provinces, autonomous regions, and municipalities to cool more than 8°C in 24 hours, and the lowest temperature in the middle and lower reaches of the Yangtze River in winter drops below 4°C.

And these conditions, this round of cold air just met, can be said to be a "60 points player", just reached the Central Meteorological Observatory's cold wave blue warning standard.

Therefore, based on the above factors, the Central Meteorological Observatory issued a blue cold wave warning.

It's time to spend the winter by being upright!