Climate: five years after its signature, what remains of the Paris agreement?

On December 12, 2015, a historic climate agreement was signed in Paris by 195 countries during the COP21, involving the planet in the project of stabilizing global warming below… 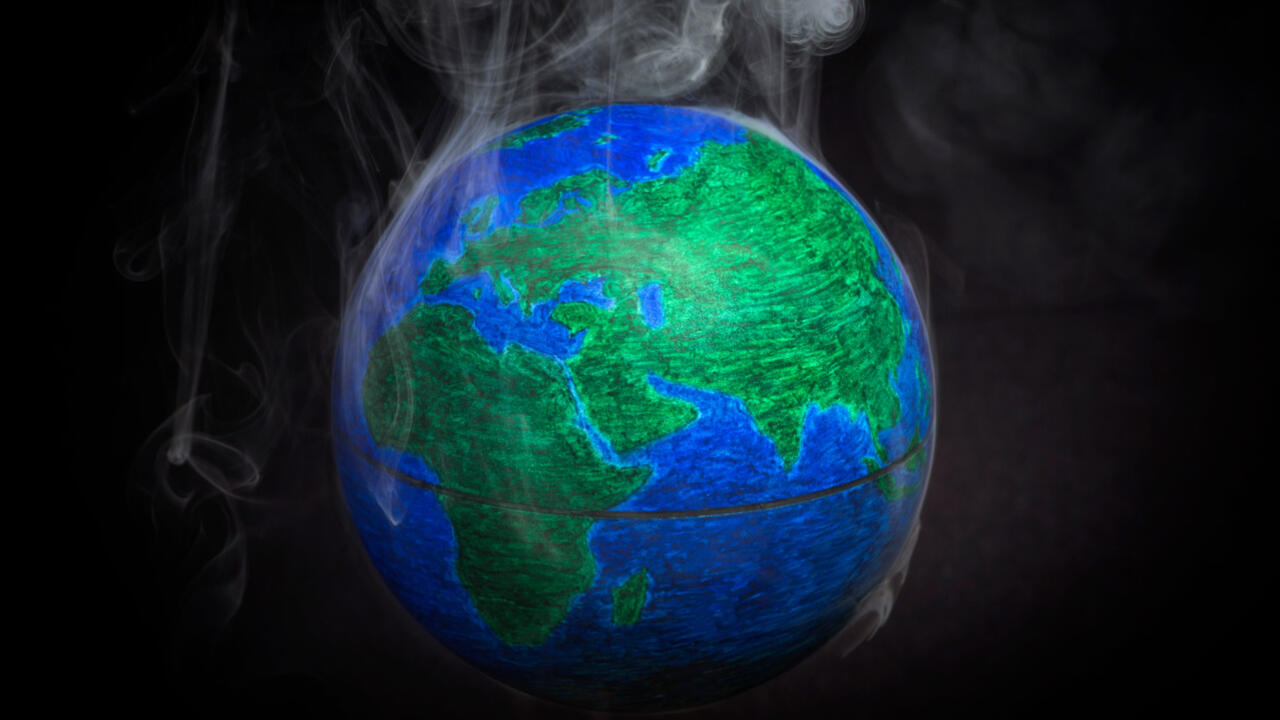 It's hard to be five years old in 2020. In the midst of a pandemic, and at the end of a year marked by an unprecedented health crisis, new temperature records and gigantic forest fires in various parts of the world, the Paris climate agreement celebrates its fifth anniversary on Saturday 12 December.

On December 12, 2015, was signed in Paris - by 195 countries - the first international treaty aimed at reducing global greenhouse gas emissions in order to contain global warming below 2 ° C (or even 1.5 ° C). whenever possible).

An agreement "fair, lasting, dynamic, balanced and legally binding", then declared the president of the COP21, Laurent Fabius, moved to tears.

But five years later, what remains of the commitments made under this historic agreement?

Towards a temperature increase of more than 3 ° C

"This hammer is small, but it can do great things," Laurent Fabius told Le Bourget, sealing the Paris agreement after more than ten days of discussions.

Last September, the former head of French diplomacy, warned, in his book "Carbon Red" (Observatory), on the meager record of this agreement.

On social networks, the young Swedish environmental activist Greta Thunberg, for her part, denounced "empty promises", saying that "we are always heading in the wrong direction".

A finding confirmed Wednesday by the United Nations Environment Program (UNEP) which, three days before the anniversary of the agreement, published a gloomy report.

My name is Greta Thunberg and I am inviting you to be a part of the solution.

But the real hope comes from the people.⁰

Indeed, if the 195 signatory countries had committed to containing global warming below 2 ° C compared to the pre-industrial era, the planet could come closer to 3 ° C of warming, notably alerted the UN, specifying that the drop in greenhouse gas emissions induced by the coronavirus pandemic would have an "insignificant" effect.

Temperatures have already increased by 1.1 ° C compared to the reference period, located at the end of the 19th century.

For the third year in a row, greenhouse gas emissions increased, reaching a record level in 2019, with more than 59 billion tonnes of CO2 equivalent.

This worsening is explained in particular by the proliferation of forest fires, in Australia in winter 2019, then in Amazonia and California, in 2020.

"The year 2020 is set to be one of the hottest on record, with intensifying forest fires, droughts, storms and melting glaciers," sums up the UN program for the environment.

These are all parameters which, coupled with unsuitable climate policies, could lead the planet to a warming of between 3 and 4 ° C by 2100, according to its estimates.

"Despite a brief drop in carbon dioxide emissions caused by the Covid-19 pandemic, the world is still heading for a temperature rise of more than 3 ° C, well beyond the targets of the Paris agreement ".

The UNEP report particularly warns of the wrong trajectory of the countries emitting the most greenhouse gases, and their failure to associate the recovery plans linked to the Covid-19 health crisis with the green transition.

Over the past decade (2009-2019), the top four emitters - China, the United States, the European Union and India - have contributed 55% of total greenhouse gas emissions.

Five years after the Paris agreement, the UN, the United Kingdom and France are organizing a virtual summit on climate ambition, co-chaired by Emmanuel Macron, to celebrate the agreement and reiterate its objectives.

A summit which will also be an opportunity to encourage governments to redouble their efforts, and which is all the more necessary since it is the only international meeting on climate this year, the COP26 in Glasgow having been postponed due to the pandemic.

The Paris Agreement is 5 years old.

During this summit, only countries whose announcements "will live up to the ambition that we [the United Nations, the United Kingdom and France] have set", are authorized to speak, said the Elysium.

In total, six of the top ten polluting countries are represented: China, India, the EU, the United States, Canada, and Japan.

Thirty countries should commit to achieving a carbon neutrality goal by 2050, according to the Élysée.

More than fifty must also commit to raising their shorter-term climate plans.

The summit organized on Saturday could also lead to promises to increase climate finance.

>> To read also: Climate: the timid victories and the big setbacks of the year 2020

France, far from its objective

"Make our planet great again," Emmanuel Macron said in June 2018. Hijacking Donald Trump's campaign slogan after he announced the United States 'withdrawal from the Paris agreement, the French president s' was then transformed into ecological president, launching a year later his famous Citizen's Convention for the climate.

But while the French head of state chaired a second ecological defense council on December 8, he was criticized for his environmental record, his accomplishments not being up to the promises made beforehand.

Climate emergency: 5 years after the Paris agreements, what progress?

Indeed, the climate bill, resulting from the proposals submitted by the 150 citizens drawn by lot, contains 80 articles which only take up 40% of the proposals made by the citizens of the Climate Convention last June.

A much lower proportion than what the French president had promised, who also used, last June, three jokers allowing him to oust certain proposals, when he had mentioned an unfiltered convention.

"I do not want to say that because the 150 citizens wrote something, it is the Bible or the Koran", launched Emmanuel Macron, during his interview by the media Brut, on December 4.

Words denounced by environmental activists, including the national secretary of the Europe Ecology-The Greens party, Julien Bayou, who did not hesitate to compare the president to the product "Green Baygon", which "looks green", but which "is toxic".

The aim of the Citizen's Climate Convention was to put France back on track for what it had committed to five years ago, during the Paris Agreement: a target of -40% in gas emissions. greenhouse effect by 2030, and carbon neutrality by 2050. However, with a drop of 1% in its emissions each year, France is doing two to three times worse than what it had promised.