The Sheikha Latifa Bint Mohammed Award for Childhood Creativity in Dubai launched the electronic museum initiative for the award emanating from the Women’s Renaissance Association in Dubai. The date of establishing the prize museum goes back to 2014, when it started from the Children's City to include the winning artwork, and as part of the quest for 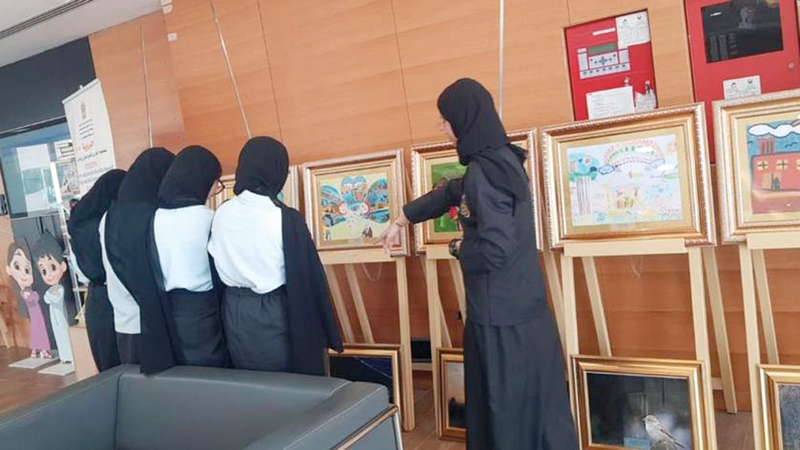 With the aim of reaching all young people around the world

The award museum dates back to 2014, and is now a mobile museum that travels institutions dealing with children in all the emirates of the country.

The Sheikha Latifa Bint Mohammed Award for Childhood Creativity in Dubai launched the electronic museum initiative for the award emanating from the Women’s Renaissance Association in Dubai.

The history of the foundation of the Award Museum dates back to 2014, when it started from the City of the Child to include the award-winning artworks, and in the context of the pursuit of distinction and diversity, the museum developed in 2016 to become a mobile museum that circulates institutions dealing with children from schools, centers and clubs in all the Emirates.

The Executive Director of the Award, Amina Al Dabbous Al Suwaidi, said: “The Sheikha Latifa bint Mohammed bin Rashid Al Maktoum Award is constantly keen to launch initiatives that serve children's creativity and innovations, which expand children's perceptions and imaginations, and stimulate their creative thinking. The electronic museum of the award is in line with these visions, ”indicating that“ a museum in a mobile ”aims to reach all children from all countries of the world, in a language that everyone understands, and does not need translation, namely the language of art, drawing and composition.

Amina al-Dabbous added, "The museum had a great activity this summer, as it included more than 30 exhibitions, including (My Summer Painting), (Painter's Boards), (Colors and Creativity), and many other purposeful sections."

She pointed out that «coinciding with the celebrations of the 49th National Day of our dear Emirates, the award family decided to hold virtual events, including the exhibitions of (My National Painting) that embody national cohesion to celebrate the Day of Honor ... the Union Day, and that will take place from November 25 to December 1 Current, to contribute to building children's capacities and stimulating their creativity to broader horizons that challenge circumstances, and in light of the impossibility of the meeting, the award opens the electronic museum facilities to enhance all the contributions and participation of children in general, and drawing and photography competitions in particular.

• “The museum addresses children in a language that everyone understands, and that does not require translation, which is the language of art, drawing and composition.”

• 30 exhibitions organized by the museum during the summer season.