"The Secrets We Keep" is unable to solve his identity crisis

Is it not strange for a screenwriter or director of The Secrets We Keep, "the secrets we keep," taking a story used in a previous movie and changing some of its details and filming it in a movie without mentioning the original movie? Israeli writer and director Yuval Adler copied the story of Death and the Maiden and changed TV 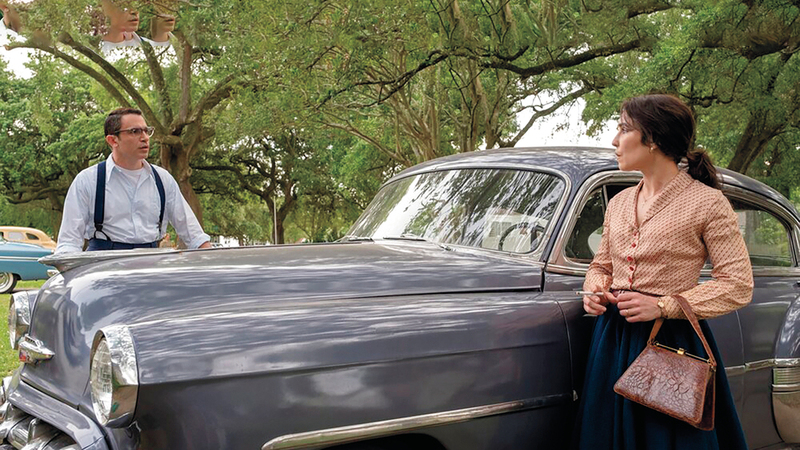 Suffering thinning on all levels

"The Secrets We Keep" is unable to solve his identity crisis

Is it not strange for a screenwriter or director of The Secrets We Keep, "the secrets we keep," taking a story used in a previous movie and changing some of its details and filming it in a movie without mentioning the original movie?

Israeli writer and director Yuval Adler copied the story of Death and the Maiden, changed small details, and investigated this film.

In that movie, there was a woman represented by Sigourney Weaver, suffering from post-traumatic stress disorder, meeting a man who she thought had tortured and raped her during the rule of a former repressive regime in one of the South American countries, often Chilean during the time of General Augusto Pinochet.

The woman decides to hold him hostage at gunpoint and tries to force him to confess to his crimes, but he accuses her of being confused and that he is innocent.

This movie, directed by the great Roman Polanski, was released in 1994, and is based on the play by Chilean Ariel Dorfman of the same title, which was shown in 1990.

Here, Adler places the events of the film in a small American city in 1959. The year is known by the sign of a movie theater named after the famous Hitchcock movie "North Bay North West," released at the time.

We see a new refinery has opened nearby and a doctor named Lewis (Chris Messina) examines its workers.

Maya (from Sweden, Naomi Rapas) sees the wife of Lewis, one of the refinery workers, and is terrified.

Maya decides to follow the man, embodied by Swede Joel Kinnaman, whom Maya remembers as Karl, and who is out of work.

You stand in front of him at a distance and wait for the moment he approaches the car. When he reaches a distance of 15 meters, you come out and take a hammer and surprise him with a blow to the face.

She throws a huge unconscious man in the trunk of a car, as if it weighs like a black garbage bag when it is full!

And she takes him to her basement.

When Maya tells her husband what has happened, he believes her and becomes her partner in crime.

Maya insists on forcing Karl to confess to his crimes of torture and rape in a Nazi camp during World War II.

In retrospective scenes that Adler did not improve their timing relative to the film's rhythm, we see Maya, her sister, and others in the grip of a group of German soldiers, raping Maya and her sister and killing the latter.

When the scene returns to the basement, we know that she remembered the attacker 15 years after the crime.

The film examines troublesome matters and heinous crimes in the worst and worst ways.

The film’s approach to studying the behavior of its characters is similar to that of horror comics!

I mean, totally unconvincing, and artificial in a way that makes you lament your luck for the moment you chose the movie.

As if Rapas is not convinced of the text, or that she misdiagnosed the character, so she employed a performance similar to her performance in the Swedish film "The Girl With a Dragon Tattoo" in 2009, especially the scene in which she says: "You will never see your family again."

It is the phrase after which you feel pity for yourself because you chose to watch this movie.

Chris Messina is a comedian elsewhere and he's totally lost in this movie.

The dialogue written by Adler and Ryan Covington, and this is the last fictional film of the last after a series of short films, is indescribably prosaic, as if the director was filming from the first draft of the script.

When Lewis comes from work (and we don't know how he went and spent a whole day knowing that a man was trapped in the basement of his house), he says to his wife, protesting: “We were supposed to do everything together. Torture ».

This type of dialogue is burlesque that only those who want to make you laugh at the violence in their films, like Quentin Tarantino!

Or Ryan Reynolds in the silly Deadpool comic movies.

Kinaman tries to save the farce that he captured, in fact he tried the impossible, but one hand does not clap.

There is a scene in which he seizes a pistol, and the "director" puts it meters away from him, due to his negligence in the text.

We don't see how he took it but we know he did.

When Maya enters him, he tries with his hands tied to shoot her!

We want to believe he can shoot with precision with his hands tied behind his back, as Steven Seagal has done it in so many movies!

But why should we believe that he mistook her head by a few centimeters ?!

How can we forgive Adler for the reaction of Maya, who stood in her place as if a wasp passed by her head and not a fatal bullet ?!

The ending of the movie is meaningless, and there is no difference between watching and ignoring it!

Because the entire film has no identity, and in terms of script, performance and dialogue is even worse than a broken children's play.

To compare the two ends, the writer of this topic revisited Polanski's film, which is closer to a cinematic masterpiece with a convincing ending compared to 97 minutes of absurdity and vulgarity.

“The end of the movie is meaningless, and there is no difference between watching it and ignoring it!

Because the whole film has no identity, and in terms of script, performance and dialogue, it is even worse than a broken children's play. ”

"Absolutely unconvincing, and artificial in a way that makes you mourn your luck for the moment you chose the movie." 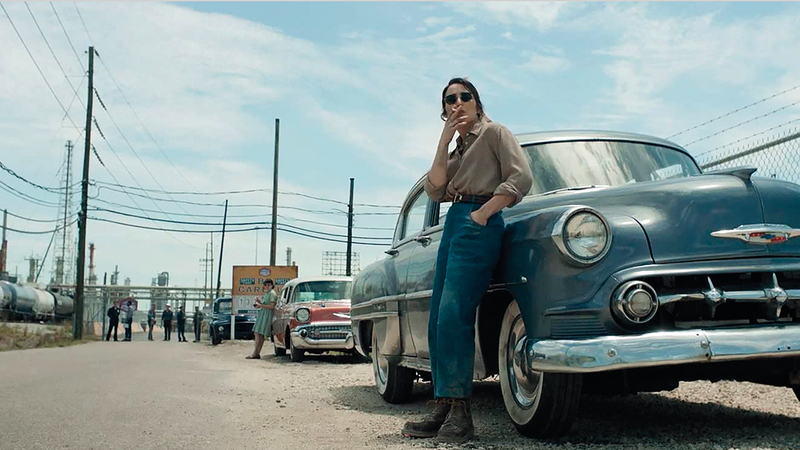 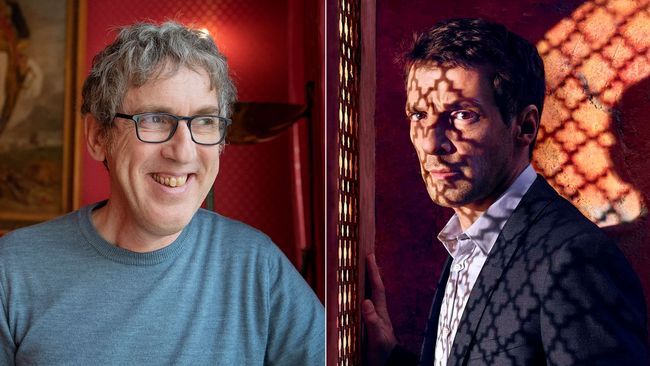 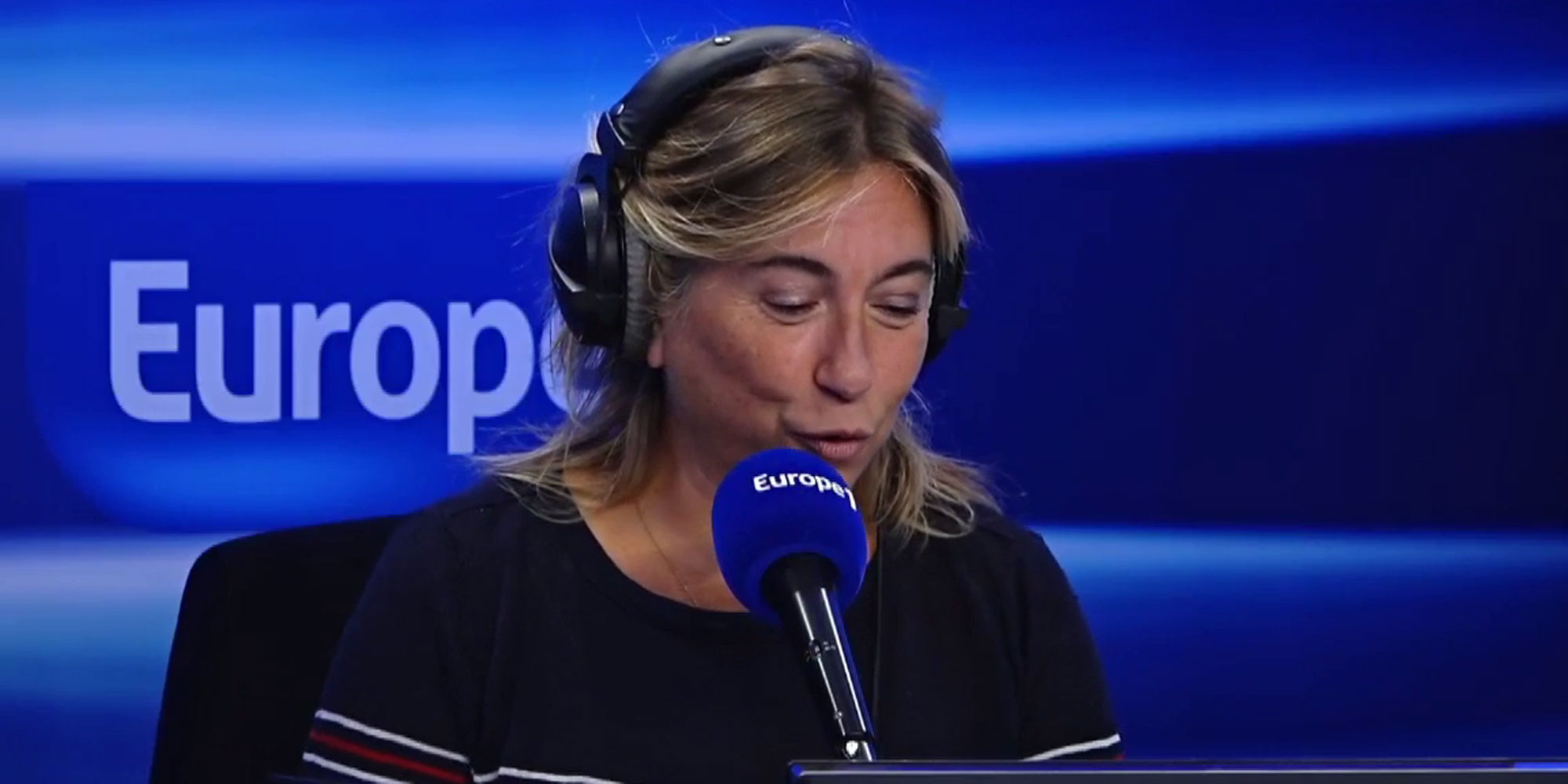 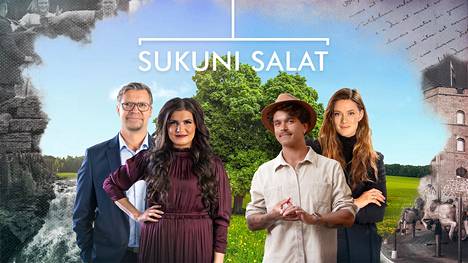 News/Politics 2021-01-07T10:40:07.331Z
Finns familiar to the public do DNA tests on TV and find out their own backgrounds - homicide, nobility and other secrets from the past are revealed 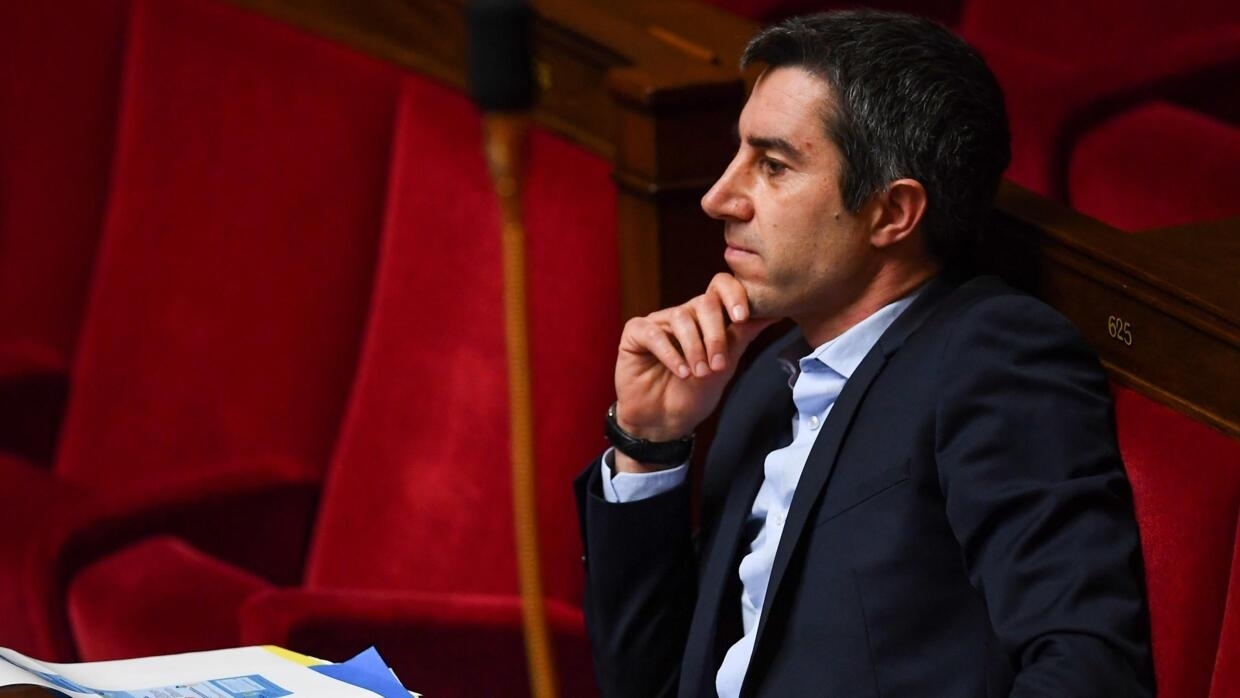 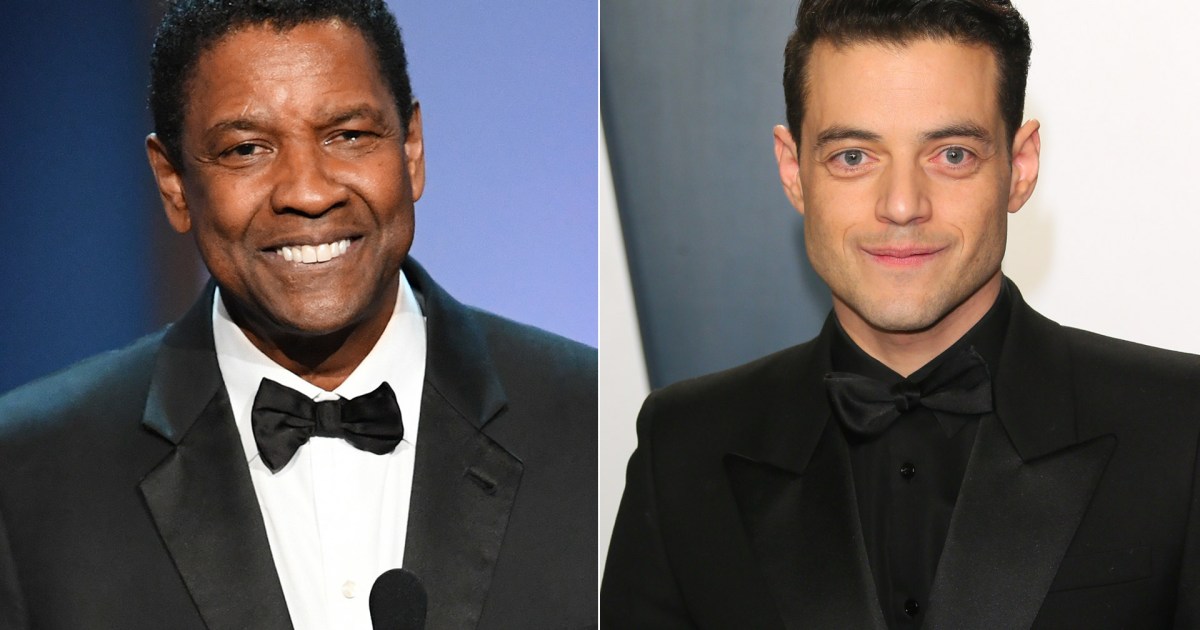 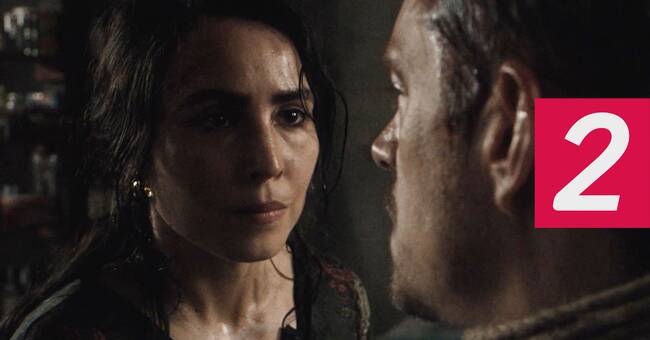 Life/Entertain 2021-01-17T21:49:22.653Z
China Discipline Inspection and Supervision News: How to strengthen supervision of online education under the capital whirlpool 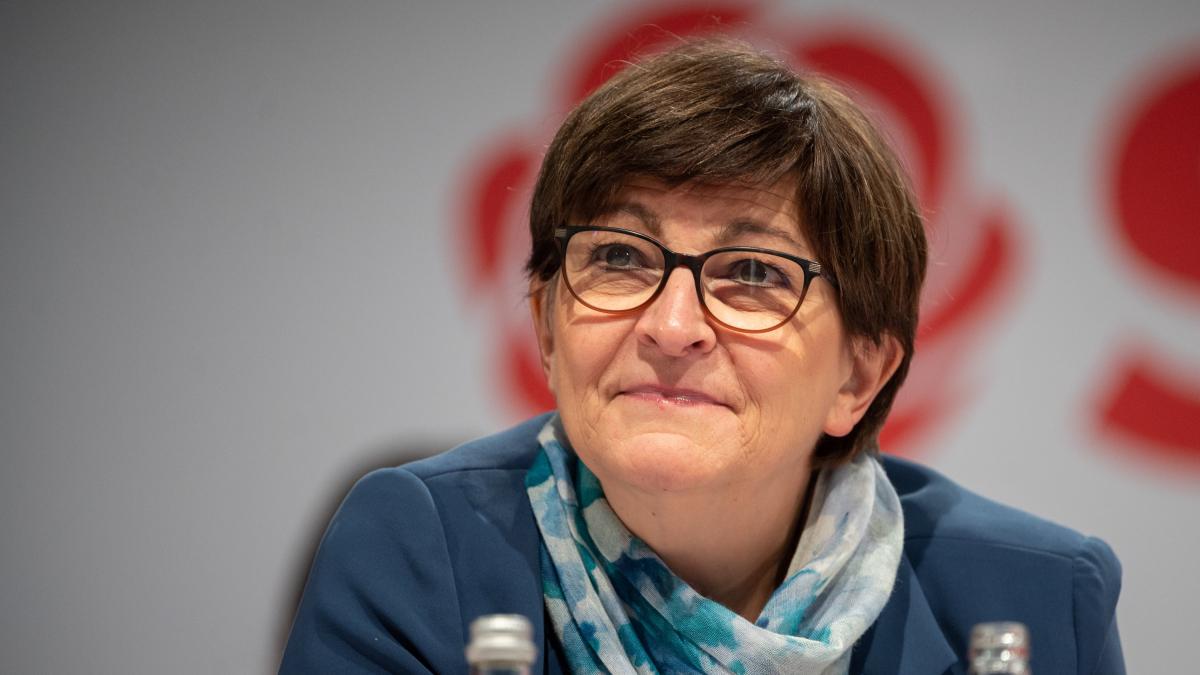