The General Secretariat of the Hamdan bin Mohammed bin Rashid Al Maktoum International Prize for Photography announced the winners of the October 2020 Instagram contest, whose theme was “Landmark from Your Country”. 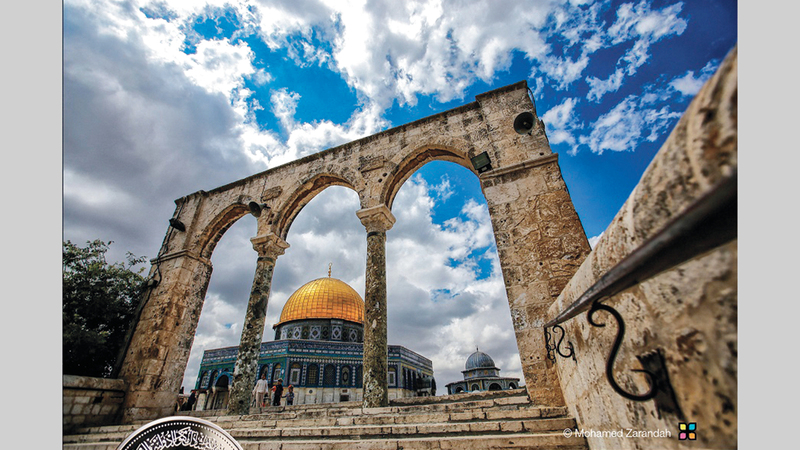 The General Secretariat of the Hamdan bin Mohammed bin Rashid Al Maktoum International Prize for Photography announced the winners of the October 2020 Instagram competition, whose theme was “Landmark from Your Country”. A wonderful imprint qualified him to be on the list of winners, along with Chinese photographers Xochuan Liu and Iranian Hamid Rasti.

The five winners will receive the medal of appreciation for the award.

In the context, the Secretary-General of the Award, Ali Khalifa bin Thalith, said: “Every country has landmarks that are among its most important global symbols for which the country is known and known to the world's population.

Its people are proud of it and enjoy exceptional care, as it reflects a cultural continuity and national symbolism, and it may have archaeological and historical dimensions that make it one of the most important witnesses of time.

Millions of tourists visit these landmarks, but photographers see them in other ways, so this was the competition that we enjoyed with its winning works.

We congratulate the winners, and advise the rest of the participants to continue to persevere and to see the winning works in general, and to participate in the coming editions continuously until victory is achieved.

“I took the photo on May 6, 2016, as my first visit was to the squares of Al-Aqsa Mosque and the Dome of the Rock,” Palestinian photographer Muhammad Zarandah said of his winning photo.

This is not my first victory, but winning the Hamdan Bin Mohammed International Award for Photography is a great achievement that I did not believe in the beginning, except when I received congratulatory calls from my family and friends.

I have been participating in the competition for 5 years and have reached the finals more than once, and thank God I won the long-awaited victory.

Certainly a new start in my career. ”

Egyptian photographer Heba Abdel Moneim said: “The Hamdan Bin Mohamed International Prize for Photography is an important international competition, and winning the (HEPA) is a dream for all photographers, so I was very happy to fulfill one of my dreams that gave me great support for the future.

I plan to participate in the (Humanity) competition to support the rights of children and refugees, to show the world their need for education, health and other human rights. ”

"I couldn't believe my victory, had it not been for the congratulations of family and friends."

"Winning HEPA is the dream of all the photographers."