Several revisions in 60 years, shovel excavation... There are many difficulties in the construction of Beijing Metro Line 3

News Investigation丨Several revisions in 60 years, shovel excavation... There are many problems in the construction of Beijing Metro Line 3   For people living in Beijing   Dongsishitiao Station is a familiar station   Daily commute morning and evening peak   Tens of thousands of people come in and out here   But few people pay attention   There is still one sealed under the noisy platform 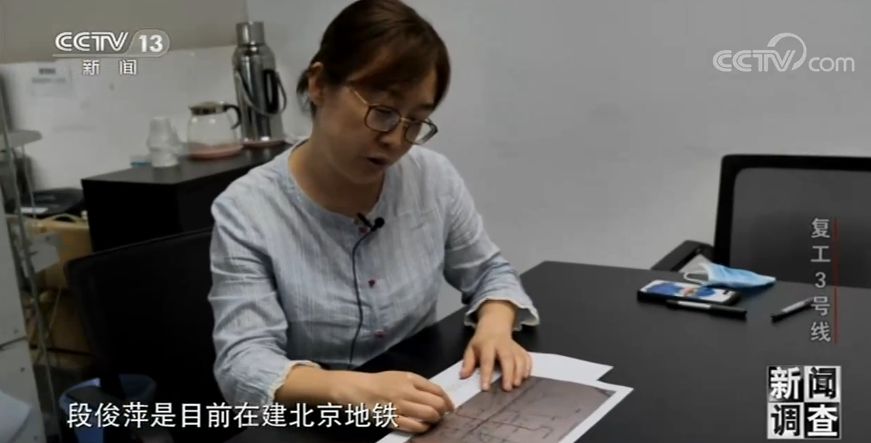 News Investigation丨Several revisions in 60 years, shovel excavation... There are many problems in the construction of Beijing Metro Line 3

For people living in Beijing

Dongsishitiao Station is a familiar station

Tens of thousands of people come in and out here

There is still one sealed under the noisy platform

Spanning half a century

Witnessed by the years, the walls around the station have already appeared mottled.

But the lettering on the wall is still clearly visible, "Dongsishitiao Station, built in 1971."

Many people were particularly curious when the construction of the new Line 3 was started.

It has been in the dust for many years, and this time I finally heard that construction has started.

In the past 50 years, in contrast to Line 2 above which has undertaken countless people's travel, this "Zhanzhong Station" has been quietly waiting for the day when it is opened.

Duan Junping is the design master (chief designer) of Beijing Metro Line 3 currently under construction. He began to participate in the design and planning of the line in 2009.

Around 1957, Line 3 has been included in the rail transit network planning.

, five Soviet experts came to Beijing, and based on their experience in participating in the construction of the Moscow Metro, they guided the drawing of the earliest line and network design plan of the Beijing Metro.

This plan was not immediately put into practice in that year.

Nine years later, on July 1, 1965, the construction of Beijing Metro Line 1 was officially started, and the planned line for construction has undergone tremendous changes.

In March of the same year, the construction of Beijing Metro Line 2, Fuxingmen Station to Jianguomen Station started, and the reserved transfer platform for Line 3 was constructed simultaneously.

However, the planning of Line 3 faces adjustment again.

Line 2 was put into operation, and the Dongsishitiao transfer station reserved for Line 3 was also completed.

But just when everyone thought that the construction of Metro Line 3 was about to begin, the project was delayed.

Actually, when Beijing planned the Batong Line and Line 13 in 1999, Line 3 was also put on the agenda, mainly because the construction of this line was extremely difficult and the investment was extremely high.

It is mainly to solve the problem of residents traveling after the city has been relieved to the periphery.

first phase of the Beijing Metro Line 3 plan, which had been shelved and revised several times over 60 years, was approved and officially started.

The line is about 20.8 kilometers long and has 15 stations.

Bai Shouxing told us that it is rare in the country to rebuild and expand a new station on the basis of the reserved station in the 1970s.

They need to connect this "Zhanzhong Station" that spans half a century to Line 2.

But the first step in the docking has become even more difficult.

At the end of November 2020, Line 3 must go under to complete the existing Line 2.

In the subway construction, the construction that crosses the existing lines is rated as a super risk source (animation).

Nowadays, the construction of the project continues to advance, and it is getting closer and closer to this super risk source.

Excavation with a shovel, an outbreak of the epidemic... The construction is difficult!

Due to the scarcity of ground construction at that time, and the subway was only built 10 meters underground.

Therefore, the method of open-bore and open-cut is used.

But such an approach is obviously unacceptable in Beijing today.

Dongsishitiao Station, located on the main road of the East Second Ring Road, is not only Beijing’s transportation hub, but also around the roundabout are many ground buildings such as Zhonghui Plaza, Poly Theater, Hong Kong and Macau Center, and New Poly Building. This is also the 01 standard. The thorny issue that Duan had to face.

The construction of the subway is divided into open excavation and underground excavation.

If open excavation, countless steel bars are needed for support.

However, the open-cut method must demolish a large area of ​​above-ground buildings.

Due to the close proximity of the subway line and the traffic line, frequent use of open cuts will cause Beijing's traffic to become paralyzed.

At the same time, demolition costs will also be an astronomical figure.

The underground excavation method is to gradually build the structure of the station in several small holes excavated underground, and then remove the excess earthwork.

It avoids the trouble caused by ground demolition and is very suitable for the Workers Stadium Station and Dongsishitiao Station to be built in Section 01 of Line 3.

What is their current construction method? They use this kind of spade to dig, right?

manager in charge of Dongsishitiao Station:

Yes, because the surface is too small for mechanical excavation, it can only be excavated by this kind of manpower.

However, the difficulty of underground excavation is much greater than that of open-bore excavation.

Not only will the construction period be longer, it will also require more manpower.

In accordance with the requirements of the underground excavation method, in addition to excavation, there are more than 10 processes including arch making, spraying, welding, signal, and measurement.

The operators in charge of each process have many years of experience in Beijing subway construction.

Liu Bozhou, Huang Zhenghong, Yan Yibin, and Wu Hong are all from Guangyuan, Sichuan. Beijing’s Lines 5, 6, 8, and 13, as well as lines 12 and 17 under construction have left them. Secretly dug figure.

Workers said that more than ten years have passed since the construction of the first subway.

Liu Bozhou told us that after the New Year in Guangyuan, the new crown pneumonia epidemic broke out suddenly, and the situation was closed and isolated everywhere.

He originally planned to return to Beijing on the sixth day of the sixth year, but he didn't know when he could return to the construction site of Line 3.

On June 11, a new outbreak occurred in Beijing, and the entire construction site returned to closed management.

How to manage the specific management of the dormitory and how to adjust it?

safety project manager of the 01 section:

Leave a spare room in the dormitory area so that newcomers and existing personnel will no longer have contact.

In the face of repeated epidemics, the 01 section will conduct nucleic acid testing on all personnel in the work area.

At the same time, strict management methods such as isolation, elimination, and division of residence will be implemented in the workers’ residential areas.

But the situation they had to face was that there was less than 5 months to complete the task of crossing Line 2.

The orange-red part is the existing Line 2 structure and the reserved Line 3 structure.

Then the dark red part is the new Dongsishitiao Station of Line 3 that we will do in the future.

Its newly built structure should be intertwined with the old structure. On the whole, the newly built Line 3 is under the existing structure.

Liu Bingke is the chief engineer of the 01 bid project and the technical person in charge of the entire bid section.

Almost seventeen years later, I suddenly discovered that my work is directly related to this station.

What do you think is the most troublesome place for you, what do you worry about during construction?

, our station, the new station in the future will pass through under the floor of its station.

Due to the increasingly dense construction of Beijing's subway network, underpassing existing lines has become a problem that has to be faced in subway construction.

During the construction of the Military Museum Station on Line 9, it had to cross the existing Line 1.

However, unlike Dongsishitiao Station, there is a huge water layer under Line 1. If Line 9 is pasted and crosses Line 1, the new station will be in the water.

Finally, the experts who built the military museum station decided to continue sinking 8.5 meters at the original location of the new station and construct a station under the water layer by digging.

Above the heads of construction workers, there is a layer of water that cannot be drained. The thinnest part of the soil layer is only 3 meters apart.

The project must ensure that the soil layer cannot collapse or leak.

On August 15, 2012, the main body of the Military Museum Station was completed, successfully passing through the upper water layer and the existing Line 1.

In addition to Dongsishitiao Station, there are also many newly built stations in the Beijing subway lines that have been completed, which involve the undertaking of existing lines.

The workers digging the tunnel are getting closer to the Dongsishitiao Station, which has been in operation for 50 years.

The workers are completing the reinforcement of the last 1 meter of reinforced concrete before crossing the line 2.

Are you afraid of collapse?

No, how could this collapse?

The grouting is finished in advance before digging, and it is solidified after grouting, especially hard.

When we are digging, we must be clear in our hearts.

For every meter of construction, the workers will face a source of special risk. The top of their tunnel excavation is the bottom plate of Dongsishitiao Station.

In addition, they have to renovate this old platform that has existed underground for almost 50 years.

The current platform layer will become the station hall layer, and the excavated traffic tunnel will be built into an equipment room.

In order to connect the new structure with the old platform, they also need to open holes at 28 locations on the side walls and floor of the existing structures of the existing Line 2 and Line 3, and build transfer channels and safety exits.

There are so many openings that have never been encountered in the Beijing subway project.

I think Beijing has also made a particularly bold attempt this time. It took a small piece of land in the Dongba area.

Unify its entire roads and some plans for urban land use.

In this way, it has created a condition for us to synchronize the functions of the subway and the city to achieve a seamless connection.

Specifically, what are the benefits of it?

If you are in a subway station, you will not feel that it is a station. It is integrated with the underground space of the city.

It is no longer a station or a station, and a city as a city, but a true integration of the station and the city, and the station is only a part of the city.

Business 2020-05-02T05:23:26.274Z
A batch of infrastructure construction projects in China made significant progress 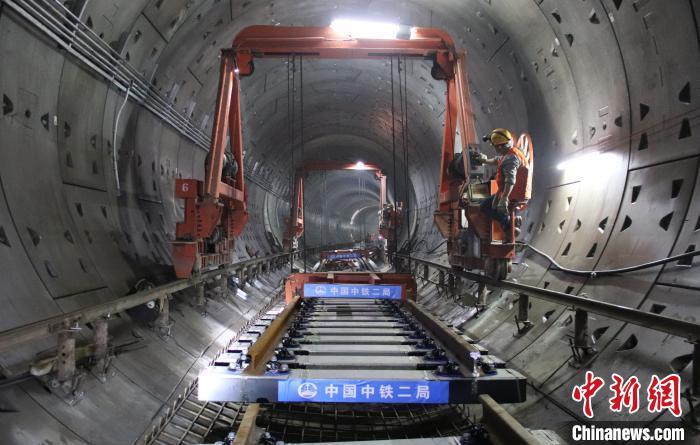 Business 2020-07-08T05:57:36.082Z
The first tunnel of the southwestern line project of the Moscow Metro constructed by Chinese enterprises runs through 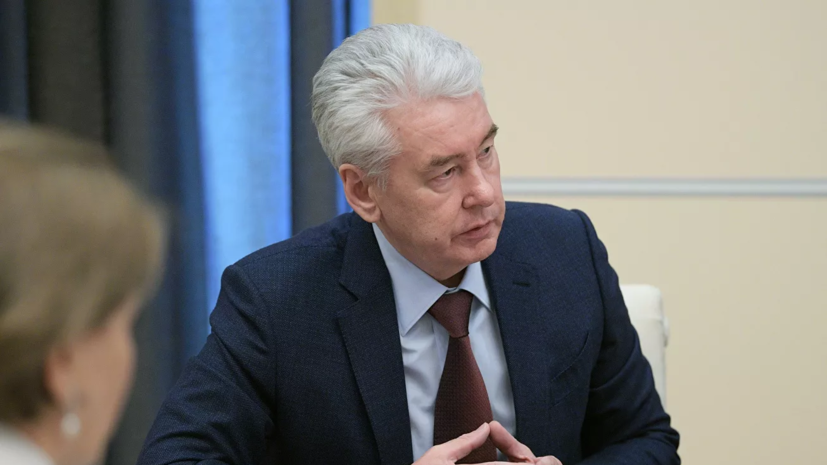 Business 2020-06-08T09:01:26.528Z
The No. 1 Shanggang Tunnel of China-Laos Railway Passes Through: Crossing the Environmentally Sensitive Zone