Alcohol and drug addiction: what if everything played out in the intestinal flora?

There is a link between addiction to alcohol and other drugs, and the microbiota that is in our small intestine. In any case, this is what several researchers have discovered after experiments carried out on mice. The doctor of Europe 1, Jimmy Mohamed, explains this correlation. &amp; Nbsp; 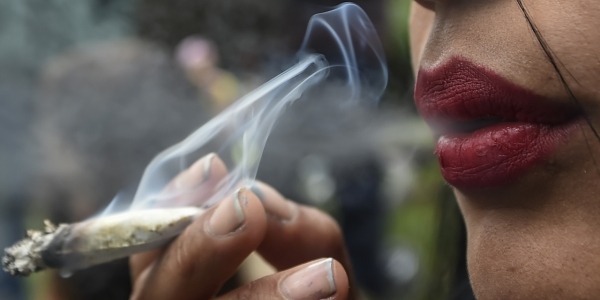 There is a link between addiction to alcohol and other drugs, and the microbiota that is in our small intestine.

In any case, this is what several researchers have discovered after experiments carried out on mice.

The doctor of Europe 1, Jimmy Mohamed, explains this correlation.

The discovery is extraordinary since it provides some answers to a question that all researchers ask themselves: that of dependence.

Scientists have discovered a link between addictions to alcohol or other drugs and the digestive flora, also called the microbiota.

It helps to understand why we are not all equal when it comes to addiction and why some people may find it difficult to stop smoking or drinking alcohol.

This experiment was performed on mice that were made addicted to cocaine.

To do this, the researchers decided to change the direction of the flow of bile.

Bile is produced by the liver and is used to absorb fat normally.

It is made by the liver, passes through the small intestine and encounters bacteria from the microbiota, before slowly ascending to the level of the liver.

The digestive tract, our "second brain"

Instead of going through the intestine where there are lots of small bacteria, the scientists sent the bile straight up through the liver.

At this point, the mice that were initially addicted to cocaine no longer showed any interest in the drug.

They had no fun, so the addiction stopped.

The researchers then took the experiment further and realized that there were bile receptors in our brains.

When you inactivate the receptors, you remove the addiction.

This is why it is regularly said that the digestive tract is the "second brain".

In the digestive tract, there is a wall that forms a barrier.

Normally, this is well sealed and protects the external environment from bacteria.

But in people with altered gut flora, this barrier works less well.

This may be why we are addicted to certain substances.

The experiment was repeated on mice, this time obese and dependent on alcohol.

The researchers tried to repair this barrier that did not work well in them by giving them pectin, a natural fiber found in apples, more specifically in the skin of the apple and in the seeds.

Once the pectin was administered, the mice were no longer dependent on alcohol and their weight returned to normal.

Another opportunity to verify the English saying

"an apple a day, keep the doctor away"

or "an apple a day keeps the doctor away".

Medicine through food is also probably that of the future.