"Gaucher disease" and other rare diseases and high-value drugs are difficult to enter the national medical insurance experts recommend "small steps and fast running"   According to media reports, recently, a netizen left a message on the message board of local leaders of People's Daily Online, requesting that the treatment of his daughter’s Gaucher disease be included in the medical insurance. Th 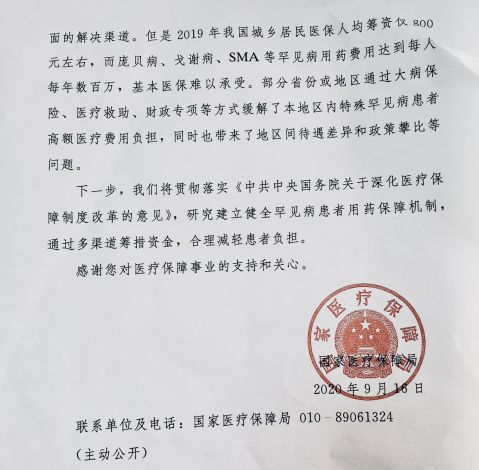 According to media reports, recently, a netizen left a message on the message board of local leaders of People's Daily Online, requesting that the treatment of his daughter’s Gaucher disease be included in the medical insurance.

Some rare diseases such as Gaucher's disease have been overcome by medicine, but the price of the medicine is unbearable for ordinary families.

The National People’s Congress recommended that Gaucher’s disease be included in the medical insurance list, but the National Medical Insurance Bureau refused

At the Third Session of the 13th National People’s Congress in May this year, NPC deputy Huang Xihua put forward a proposal to include Gaucher’s disease in the list of rare diseases medical insurance. The National Medical Security Administration responded to his proposal in September.

Voice of China "News Have Opinions" conducted an exclusive interview with Huang Xihua.

Huang Xihua said that the mother of a Gaucher patient had contacted her and told Huang Xihua that Gaucher disease could be treated with medication. The patient could "live normally" with the medication, but the medicine was too expensive and unaffordable.

Therefore, Huang Xihua proposed to the National People's Congress to include it in medical insurance.

Regrettably, the mother still "failed to keep" her child.

The National Medical Insurance Bureau’s reply in September stated that the medical insurance department attaches great importance to the medical protection of patients with rare diseases. However, considering that in 2019, my country’s urban and rural residents’ medical insurance "funds per capita is only about 800 yuan", which is for "millions per person per year." The cost of medicine for Gaucher's disease is "unbearable" for basic medical insurance.

According to Huang Xihua, this answer is "not very optimistic."

In addition, the reply also mentioned that the alleviation of the high medical cost burden of patients with special rare diseases in some regions "brought problems such as differences in treatment between regions and policy comparisons", which made Huang Xihua dissatisfied.

"There are always more solutions than problems," Huang Xihua said. She suggested that at the national level, pilot projects should be conducted in areas with different economic development levels, with assistance from critical illness insurance, medical assistance, and financial special projects, and further build on the success of the pilot. Push it away, otherwise "the problem will never be solved", which will bring regrets to more families.

Huang Xihua believes that the medical burden of Gaucher's disease is only a "issue of time", which will eventually be resolved with economic development and the continuous improvement of the national medical insurance system.

Huang Xihua also hopes that more representatives can appeal to the families of patients, and that more provinces will do some exploration and "push forward a little bit."

Rare disease protection expert: The success of Zhejiang's multi-level protection mechanism does not mean that it can be implemented nationwide

Zhejiang Province is one of the “provinces that alleviate the high cost of rare diseases” mentioned in the reply of the National Medical Insurance Administration. On New Year’s Day this year, the "Notice on Establishing a Mechanism for Protecting Drugs for Rare Diseases in Zhejiang Province" (hereinafter referred to as the "Notice") was officially After implementation, Gaucher's disease was included in the coverage of rare disease medication.

Xie Junming, member of the Rare Disease Diagnosis, Treatment and Guarantee Expert Committee of the National Health Commission, and chairman-designate of the Rare Disease Branch of the Zhejiang Medical Association, accepted an interview with Voice of China News.

Xie Junming said that the positioning and orientation of the "Notice" is very clear, that is, to coordinate the protection of high-value drugs for rare diseases across the province, "unify the scope of protection, unified funding standards, unified treatment levels, unified diagnosis and treatment standards, and unified drug management" .

Xie Junming said that Zhejiang Province has established a rare disease drug protection fund, which is under the jurisdiction of finance.

Before the end of January each year, according to the number of people participating in the basic medical insurance at the end of the previous year, each coordinating area will be transferred from the critical illness insurance fund of the coordinating area to the Zhejiang Rare Disease Drug Protection Fund at a time of 2 yuan per person per year.

Even so, there are still families who cannot afford 100,000 yuan a year for medicine.

Under such circumstances, the "Notice" stipulates that the civil affairs department should provide medical assistance, and social charity organizations should also provide assistance.

In addition, Xie Junming believes that basic medical insurance is a guarantee for daily life, and the extremely low incidence of rare diseases is more in line with insurance.

In the context of the state taking back the "responsibility" of the local medical insurance bureaus, rare diseases have been retained as one of the few areas, and some places have explored mechanisms for this.

In Xie Junming's view, whether Zhejiang's experience can be extended to the whole country is still a difficult question to answer.

In addition, Xie Junming also mentioned that in the medical insurance of rare diseases, the standardization of diagnosis and treatment is also a prerequisite problem that must be resolved.

The National Medical Insurance Catalogue was adjusted in September last year, and some rare disease drugs were covered, not including Gaucher disease.

Wang Yue, a professor at the Institute of Medical Humanities of Peking University, said in an interview with the Voice of China "News Have Views" that the national medical insurance funds are indeed limited, and it is impossible to achieve full coverage of rare diseases. It can only emphasize the principle of maximizing benefits. May benefit more people.

"We cannot completely rely on pure medical insurance funds to solve the problem of rare diseases," Wang Yue said. New ways of diversified financing should be established, such as social charity or the issuance of special funds.

In addition, Wang Yue suggested that from the level of the State Council, preside over the formulation of an administrative regulation on rare diseases, and make institutional arrangements in the top-level design to clarify related issues such as fund-raising.

Wang Yue said that from the legislative experience of developed countries, the government has the primary responsibility on this issue. One is to raise funds, and the other is to help patients find drugs and improve the availability of drugs.

Regarding the phenomenon of “separate kitchens for food” that has been caused by the disparity in the development of various provinces, Wang Yue believes that “the national funds will definitely be unified in the end.” At the same time, it is necessary to prevent new unfairness after the simple leveling of funds in various regions. Find a better balance point between them.”

But in any case, Wang Yue said that the basic protection of disadvantaged groups must be met, which has nothing to do with the level of economic development in the region.

"In addition to government participation, we must also exert social forces," Wang Yue said. "We must establish a social co-governance mechanism," which stimulates the initiative of the society to help patients with rare diseases.

"Only when everyone comes to help patients with rare diseases and their families, can this problem be solved fundamentally."

This article comes from: Voice of China, "News Have Opinions" 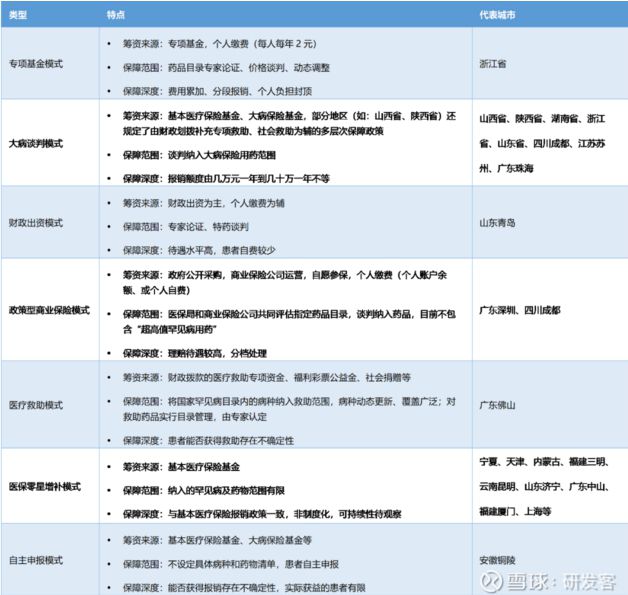 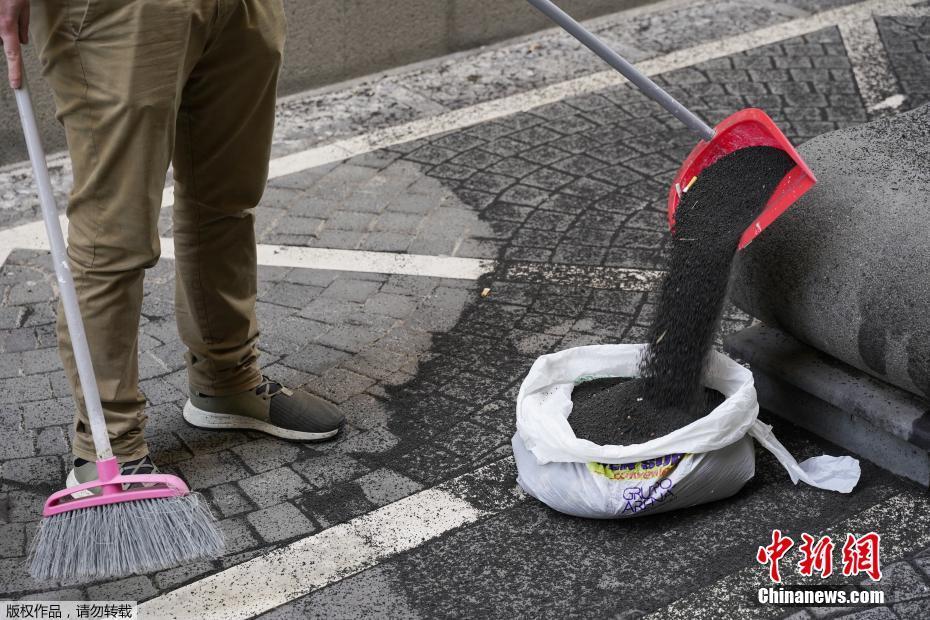 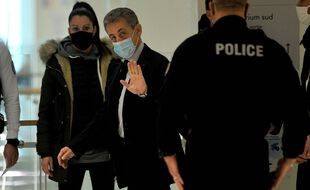