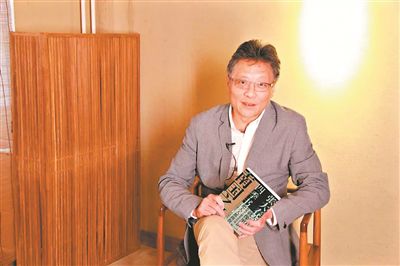 The work lasted 15 years to create.

Zhang Dachun is like a "storyteller", retelling small legends in a corner of history, using dramatic literary strokes to continuously trace the trivial truths of life, inheriting the bloodline of Chinese classical notebook novels, and adding modern novel narrative techniques.

With the publication of "Southern Winter", Zhang Dachun's "Spring, Summer, Autumn and Winter" series of novels finally come to an end:

"Young Master Chun Deng" uses poems to compose the story, which is a single story structure, and it is like a story; "War Xia Yang" is strung together with story paragraphs, which is a rewriting of historical biography; "One Autumn Leaf" from the Wei, Jin, Southern and Northern Dynasties, Sui and Tang Dynasties From the Five Dynasties and Ten Kingdoms to the Song, Yuan, Ming and Qing Dynasties, it runs through thousands of years of history.

In the last "Winter in the South", the story does not need to be interspersed. "Modernity" makes the story become one. Every material has been completely rewritten and turned into a modern short story that took place in ancient times.

Guangzhou Daily: What was the original intention of "The Book of Four Seasons"?

Zhang Dachun: We all know that Calvino, a very well-known Italian writer, once did something I call a "feat." He went everywhere to collect Italian folk tales, reorganized it and published it.

When I read it, my heart moved and triggered a concept: the ancient Chinese notebook novels are full of sweat and cows and countless. If you collect the narrative and worthy chapters in these works, organize and rewrite, use four different forms. Together, it is not only an interesting self-challenge for personal creation, but also a broader cultural significance.

This is a bit like doing Calvino in the Chinese circle. I plan to complete four books in one year, and they will be hidden in the title of the book in spring, summer, autumn and winter.

Guangzhou Daily: These four books have spanned 15 years. Why did they not work together in one go?

Zhang Dachun: I want to structure it in different ways.

In "The Spring Lantern", I set up a "Spring Lantern Banquet", and there was a young man who called the world to tell stories through the poetry and wine meeting.

Combine unrelated stories through a person with a heart.

This is probably the simplest form.

"War Xiayang" has some different treatments. Between each article, a method similar to tenon and tenon will be used to hook up the text like a tenon joint, and the components in different directions are buckled on the tenon and embedded. An incomparable harmony;

In "One Autumn Leaf", in addition to the tenon between each article, it can be removed, and the tenon itself is a complete thing.

By the time of "Southern Winter", I never found a suitable or different new form of short story collection, so I stopped later.

Guangzhou Daily: How did you find this new form?

Zhang Dachun: It is the editor-in-chief of Miao Hong, who plans and publishes the Chinese language world. He reminded me one day that you have not written the "This is the Republic of China" series. Why don't you use those materials for it?

I wrote "This is the Republic of China" many years ago. At that time, I was serializing a column in a publication, and each issue wrote a modern character. The background was from the late Qing Dynasty to the 1930s.

This column has a little characteristic. When I wrote it, I moved some hands and feet, and tied a lot of small, real materials with completely fictional materials.

After Miao Hong spoke, I was awakened immediately.

Guangzhou Daily: Is there any special purpose for this format?

Zhang Dachun: If you look at it from the beginning, the paragraphs added at the end of each article are narrations. For example, I and Wang Jiawei, I and Hu Jinquan, I and Fujii Kenichi, and those old directors, these words are actually in Help this collection of "Scattered" short stories have a clear narrative theme: retelling history.

It is to gather all the small stories in history, fragmentary written records, true or false rumors, news reports, and some memoirs that are said to be relatively autobiographical in nature, and use these materials together for drama or filming. The movie is an impulse to structure it.

Guangzhou Daily: In your text, you often use some ancient written terms that are rare and even have almost disappeared in modern Chinese. Is this intentional?

Zhang Dachun: This phenomenon is true in my works before the age of 40. After the age of 50, I have tried my best to make my writing simpler.

But I don't think it is "uncommon", and I am opposed to being added the word "uncommon".

Even when I was very young, I did not deliberately use uncommon words.

Maybe my idiom is really different from other writers.

I remember once I chatted with A Cheng and Mo Yan at the Sanlian Bookstore. Of course, it was a form of openly meeting with readers. A Cheng told Mo Yan that I used too many Chinese characters, so I wanted to take a look at Zhao Shuli. I wrote a whole-life novel and did not use more than 500 Chinese characters.

Perhaps the simplest word is a model, but it is definitely not the only one.

However, if I use words that are not familiar to ordinary people, I can only say that it is the result of my choice.