Shows from around the world on the Sharjah Film Platform

The third edition of the Sharjah Film Platform, the annual film festival organized by the Sharjah Art Foundation, will kick off the day after tomorrow, including cinematic screenings from all over the world, a comprehensive program of dialogue sessions and workshops, in addition to the 'Professional Film' initiative, which 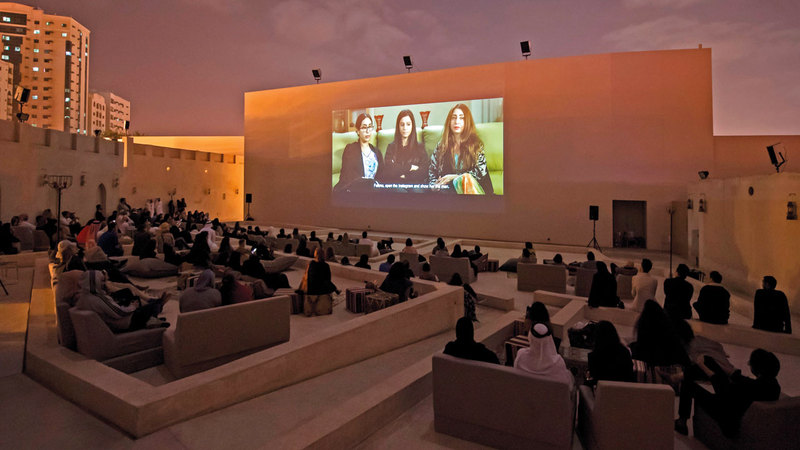 Shows from around the world on the Sharjah Film Platform

The third edition of the Sharjah Film Platform, the annual film festival organized by the Sharjah Art Foundation, will kick off the day after tomorrow, including cinematic performances from all over the world, a comprehensive program of dialogue sessions and workshops, in addition to the "Film Professional" initiative, which comes in cooperation with Sharjah. Media (Shams), and provides opportunities for filmmakers to develop their current and future projects.

The opening night will witness the world premiere of "In the Time of the Revolution" directed by Soha Choucair, and it is one of the three films that won the platform for the production of short films for the year 2020, so that the other two winners, Nadera Amrani, the duo, Bellin Tan and Anton Feducle, present their presentations of their films that are still in production .

This is followed by the screening of the movie "Earthquake Focus" directed by Hubert Sauber, which is presented for the first time in the Middle East and North Africa, and explores post-colonial Cuba and how myths about it were forged through a century of foreign intervention.

The platform's offerings include more than 60 short and long films in fictional, documentary and experimental categories, presenting a wide range of cinematic productions that approach a range of human subjects, raising questions about individual and collective identity and the meaning of the homeland, feminist issues, and the lives of indigenous people in several parts of the world, and the effects The psychological, social, and economic consequences of the wars on contemporary man, in addition to films that present different cinematic experiences that favor experimentation.

Film screenings are held in several locations in Sharjah, namely: the “Mirage City” cinema in Al-Marija Square, the “Flying Saucer” building in Dasman, and the City IMAX cinema in the “Zero 6” mall, near the University City. The audience can also watch movies on the Internet. Via the virtual stage of the festival «film.sharjahart.org», the day after its presentation in cinemas.

In addition to the film screenings, the platform also offers a program of dialogue sessions led by and in which a group of filmmakers participate, discussing issues of the film industry, such as the importance of copyright in the production and distribution of films, and the benefits of legal frameworks that help producers find funding for their projects and protect the rights of actors and crews, And the challenges facing feature film production, including equipment management, procurement and financing, in addition to the role of digital display platforms and technologies in the current film distribution scene, and how these tools affect the means of making films available to the public. A group of prominent female filmmakers also present their experiences in a creative field dominated by it. Men, the role of women, their status and their place in cinema, and ways to reduce inequalities within and outside this field.

The platform seeks, in this year's session, to provide an integrated educational program, which includes practical workshops held in the Flying Saucer building and the institution’s holdings building, supervised by experts with long experience in the film industry.

The program, designed for participants between the ages of 6 and 15, and their families, aims to teach children technical skills in order to enhance their creative expression, and will run from this 14th to the 15th of next December, including workshops focusing on different aspects of filmmaking, such as: script writing, sound And color in the movie.

The "Film Professional" project includes four main initiatives: the scenario lab, the pre-production strategy cycle, the participatory forum, and the virtual market for film distribution, which work to support and nurture cinematic talents through professional workshops that focus on the stages of filmmaking.

• 60 short and feature films, in the fictional, documentary and experimental categories, are included in the event.