Helena Bergström: "I am in shock"

Actor Sweden is currently mourning Sven Wollter's death. Helena Bergström worked many times with Wollter, including in Änglagård. - I'm in shock, I know he's been sick, but everything's so scary, she says. 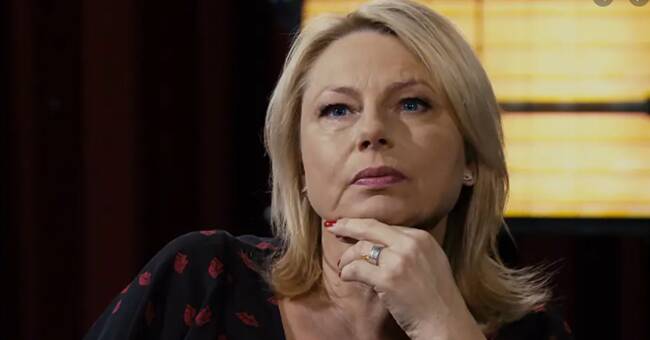 The first time Bergström and Wollter worked together in a film, he played her father.

- But it was not just that he played dad he also took a lot of responsibility and was generous - a good friend.

I am of course thinking of his large family with wife, children and grandchildren, she tells SVT News.

Tomas von Brömssen played against Sven Wollter already in the mid 80's in Bo Widerberg's film "The Man From Mallorca" and most recently last year in Felix Herngren's film "Day by day".

I try to take it in, he says to Expressen.

- He was the classic actor.

"Went away in the middle of the step"

Ann Victorin, who made a documentary about Wollter's 65 years on stage, says that she had contact with Wollter's wife at the latest today.

- He existed on stage until recently.

Just recently he toured with (the Swedish music group) Nynningen.

He walked away in the middle of the jump, says Ann Victorin.

It is with boundless sorrow that Sven Wollter's family hereby announces that today, November 10, he flew straight into the suites of Covid and a well-used body with lungs with COPD and emphysema who could not bear to ride out this final ordeal.

He had an ending without pain surrounded by all his loved ones ", she writes and continues:

" He was an outstanding person with a warmth and presence that permeated everything he did and created.

It is incomprehensible that he is no longer with us. "