Fredrik Sahlin: "Wollter was one of our foremost - a devil at playing cop"

Sven Wollter was an actor who was active until his death at the age of 86, but Kulturnyhterna's film critic Fredrik Sahlin will mainly remember him as one of the crime-heavy Sweden's best filmmakers. 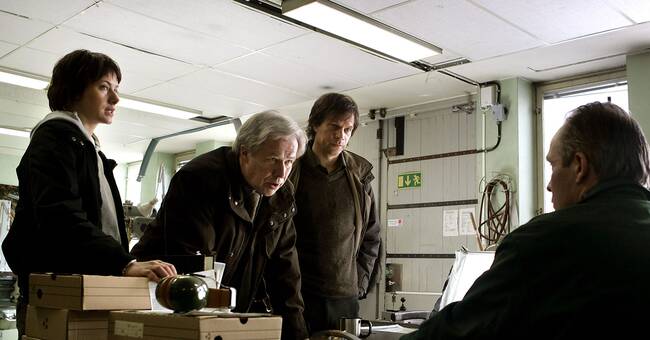 Sven Wollter was one of our absolute foremost and heaviest actors.

He was an actor, and human being, with integrity and pondus.

His presence on stage and on stage was always obvious and physically frustrating.

Yes, and then that hoarse voice that could make any bailiff join.

At the same time, Sven Wollter's stage persona is bubbling with warmth and humanism.

To call him popular is probably not to exalt oneself.

It's easy to start declaring

, it's in a way the rune's affair, but when it comes to an icon in the industry like Sven Wollter, one can probably not exaggerate.

He has, as always, been there next door, from the old fine TV series Raskens until very recently.

And he really had a particularly powerful aura and appearance.

He was not only a talented task player, as Ingmar Bergman would have said, he was just as much a convinced socialist who did not change ideals as the wages increased.

He was thus a cuddly communist

- who was a devil at playing cop.

He has taken on the roles of two of our most iconic film commissioners Lennart Kollberg in The Man on the Roof and Bo Jarnebring in The Man from Mallorca (both films, perhaps the best Swedish police roles ever, were directed by another dead master, Bo Widerberg) and he did that with a credibility, humor and weight that no successor, in the now broad genre, has come close to.

Sven Wollter has of course done so much more, he worked right into the tile (the role of the raw-commercial Fredde's worn-out socialist father in Solsidan was an unexpected highlight) but for me he will always be that little wrinkled, ironic and lovely the people home symbol that sits in the police car and sips sour sour coffee.