Winner Drag Race Holland: 'Get support from straight guys in the supermarket'

Envy Peru was declared the winner of the first season of Drag Race Holland on Friday. The drag queen tells in conversation with NU.nl that she is already regularly recognized in the supermarket, especially by straight guys. 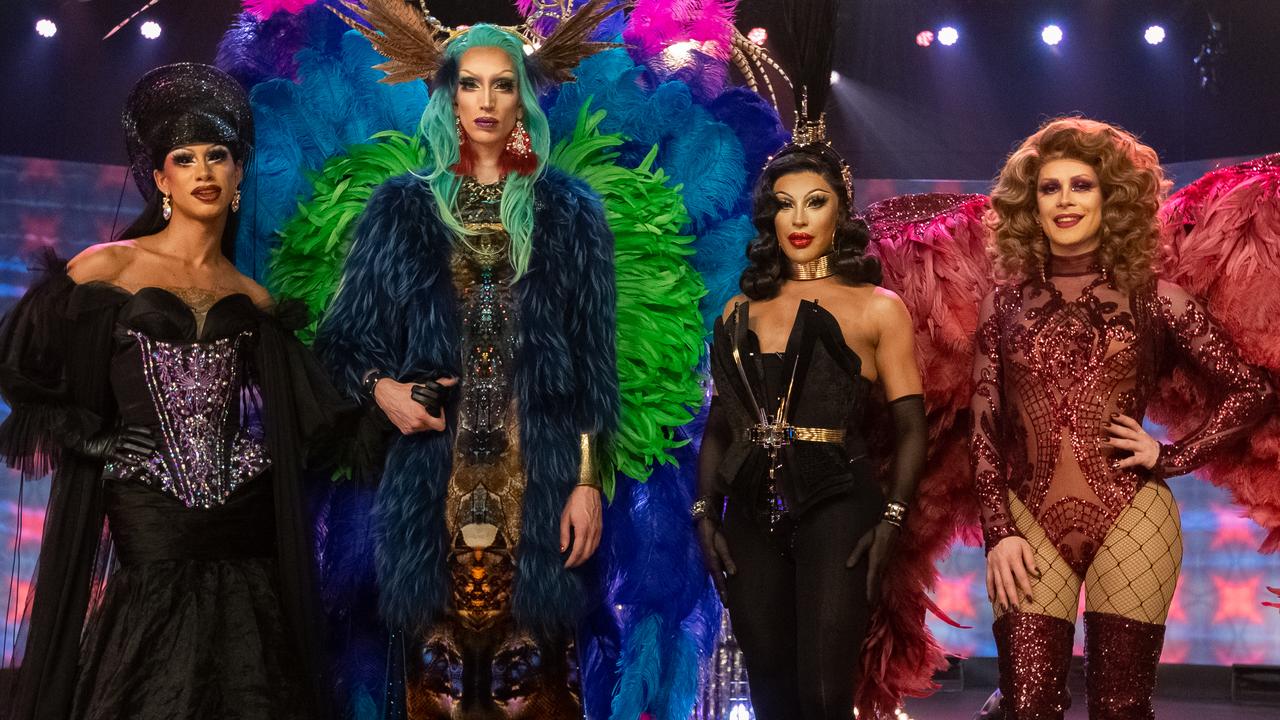 Envy Peru was declared the winner of the first season of

The drag queen tells in conversation with NU.nl that she is already regularly recognized in the supermarket, especially by straight guys.

is the Dutch version of

, the popular quest for a new

queen superstar who has been led by world-famous drag queen RuPaul for twelve seasons and all kinds of specials in America.

The program has won multiple Emmys and is known for an inclusive portrayal of the LGBTI + community.

Nevertheless, it also appears in the Netherlands that this community is not the only target group of the program.

"In the supermarket I am mainly recognized by straight guys", says the winner, who was born Boris Itzkovich Escobar and moved from Peru to the Netherlands at the age of four.

"I think it's great the way they see it, because I have my mouth mask on and I am not very recognizable. They come up to me and say: 'You are on that program with all those drag queens, aren't you? Laughing man!'

Often these guys have to watch their girlfriends, but they give me enthusiastic compliments and wish me luck. "

'There you are in your room on the fourth floor, being famous'

Although the series was filmed earlier in the year, the finalists were not sure who the winner was, as multiple endings were filmed.

"I also only saw myself win at midnight. We had an event planned in the Gashouder which of course could not take place now, so I celebrated it small and intimately with my friend on the couch. He keeps saying to me:" There you are sitting in your room on the fourth floor, being a little famous. "

Peru was equally worried about not feeling like a winner without a celebration, but the reactions online changed that.

"It really exploded on my social media. In Peru, viewing parties were even held via Zoom where images were forwarded. People really empathize with the show."

Although Peru was seen as a favorite by several won episodes, leaning back was out of the question.

"We've all been able to see some strong queens being sent home through a slip, so I had to focus. Envy Peru is

and radiates perfection, but I also had to be very vulnerable, for example during the challenge where we posed naked. At first I didn't understand what this had to do with drag, but now I see how important it is to feel comfortable with yourself. I was also confronted with things from the past that I thought I had processed. there is still work to be done. "

Representation of the LGBTI + community

, which is not only Videoland, but also by World of Wonder to see the world, was also critical, particularly on the jury.

In one episode, the looks of non-binary contestants Mama Queen and Chelseaboy, who don't feel at home in the binary gender categories male or female, were not well understood by the jury, consisting of permanent jury member Nikkie Plessen, Ruth Jacott and Carlo Boszhard. .

According to the fans, the judges knew too little about the world of drag.

"We already felt it coming when this happened on the runway. I am convinced that the judges did their best with the knowledge of the community they had at the time, but of course it was difficult for Mama Queen to have her non-binary identity. explain in a queer program. We sympathized with her and knew immediately that the fans would love this. "

“The program also has a role in terms of education and contributions to society.

Mama Queen did that nicely with her story.

Now Henriette from Venlo may also understand better what non-binary is. ”

"The jury comment is how likely the majority of the Netherlands would respond. The program also has a role in terms of education and contributions to society. Mama Queen has done that nicely with her story. Now Henriette from Venlo may also understand better what non-binary. The program will take that for a possible second season. "

"I would like even more visibility for our community in the Netherlands and hope that people can see that drag is an art form and not just a man in a dress in a brown pub. As the first South American winner, I also hope that culture and community," who supported me hard during