When your period literally makes you want to die

Every month, for a few days, nearly one in twenty women experience extremely disabling or even dangerous symptoms due to her menstrual cycle. 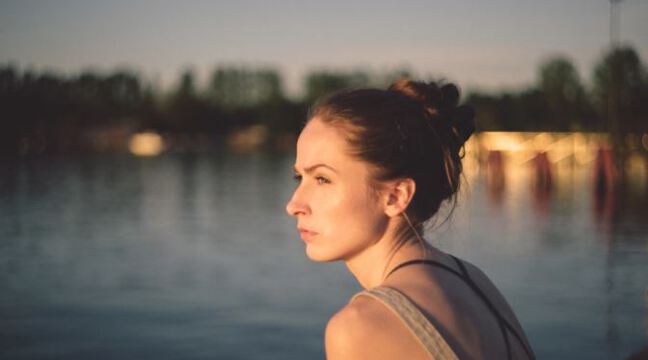 Premenstrual dysphoric disorder: When your period gives you suicidal thoughts -

“I am no longer in control of myself.

This is how Sophia, a 15-year-old high school student, talks about her premenstrual dysphoric disorder (PMDD).

It is a severe form of premenstrual syndrome that affects between 1.8 and 5.8% of menstruating women, according to the DSM (Diagnostic and Statistical Manual of Mental Disorders).

The symptoms of this disease are as numerous as they are disabling.

The ordeal can last from a few days to almost two weeks.

And it recurs every month.

Sophia says that in times of PMDD, she sometimes finds herself completely blocked and paralyzed.

“In these cases, I can't do anything more.

I want to scream.

Sometimes I am on the verge of unease.

“It's like I'm walking on a wire and can fall down at any time.

I can feel irritable peaks then I feel guilty.

Then I tell myself that it's totally ridiculous and find myself in tears.

In just a few minutes.

In some women, this menstrual disorder can generate suicidal thoughts.

“The TDPM is like a black filter that people put in front of my eyes.

My whole life is going black.

A discomfort shared by Lucie, mother of two children.

“The worst is this desire for nothing and a total questioning to the point of wanting to disappear and that at least ten days a month.

This unhealthy cohabitation with oneself where one becomes our worst enemy.

I am a social, cheerful person who likes to go out and laugh but the years living together with this disorder have made me a reserved, fragile, anxious person.

But we can choose to put certain rules to this cohabitation and to improve our daily relations here are some advices: 1. Be indulgent with yourself 2. Take care of yourself 3. Choose yourself 4. Remember that this state is temporary 5. Love yourself 6. Compliment yourself 7. Live a healthy lifestyle 8. Take medication if you have to (there is no shame) 9. Practice gratitude 10. Be sad without being guilty of be sad Voila les warriors ❤❤❤❤ #girlsupportinggirls #tdpm # troubledysphoriqueprémenstrual #cyclemenstruel #cyclefeminin #chronic illness #maladieinvisible #depression # anxiety #pmdd #pmddsucks #pmddwarriors #pmddsupport #reglesdwarriors #pmddsupport #reglessamoritymatters

A publication shared by TDPM |

Symptoms disappear when your period arrives

Unlike depression or bipolar disorder, symptoms in women with this disorder go away when they start their period.

“Outside of my premenstrual period, I'm doing very well.

I feel like I can take over the world and soon after I become a completely different person.

The black filter in front of the eyes of Sophia and the other women therefore evaporates at the first drop of blood in their panties.

For two or three weeks.

“To be diagnosed, you must have at least five symptoms over a majority of cycles with severe intensity,” explains Hélène Marais-Thomas, a psychologist specializing in this disorder.

If some patients, like Priscilla, experienced their diagnosis as a relief and a response to their multiple questions, others, like Emélie, a 25-year-old former psychology student, received it like a slap in the face.

“It was hell to learn that I had this disorder because it's a disease that you never get over.

In these conditions, it is difficult to concentrate in class or at work, or to have conversations with friends.

The trial period of Sandra's contract in catering was not renewed.

“After two weeks, my employer kindly thanked me.

And I understand it.

I was going to hide in the fridges to cry.

For Sophia, a high school student in first class, the difficulties are also felt.

“It's really a struggle to try to keep up and usually I don't win.

In addition to this daze, women with this disorder feel guilty.

Lucie, a 35-year-old mother, gets help from her parents during her ten to fifteen days of crisis per month.

“I have to admit that needing help and not being able to take care of my own children makes me feel so guilty.

Same feeling for Sandra about her partner.

“It shouldn't be easy for him to put up with this roller coaster.

The danger of isolation

To avoid imposing their condition on their loved ones, some women isolate themselves.

“In my social life, I just walked away from everyone.

I was tired of explaining or making excuses so as not to see my friends because I felt so bad.

I was afraid of their judgment.

Many do not understand.

My friends can be counted on the fingers of one hand, ”explains Sandra.

How many of us feel compelled to lie about the real reason for our unavailability because we tend to think of periods as an excuse rather than a reason?

It is therefore a double guilt to suffer for people who are menstruating: 1- not feeling legitimate in their pain.

2 - to have to find an excuse for the moment to camouflage the reason which should be a VALID reason.

So a little reminder here: "because I have my period is a valid reason" and which should not need to get lost in a 4 page essay in explanations and justifications.

A publication shared by TDPM |

For Emélie, this risk of isolation is a real danger.

“Being isolated with this disease is the worst thing that can happen to us.

If I weren't so well surrounded, I wouldn't be here.

Because this state of darkness can make you descend very low.

Priscilla, who was living in London when she was diagnosed, has made four suicide attempts.

Sandra is still hospitalized in a day hospital.

The feeling of being misunderstood

If women with dysphoric disorder isolate themselves and fall into this vicious circle, it is also often because they feel misunderstood.

By their relatives but also by the medical staff.

Priscilla's psychiatrist diagnosed her with burnout.

Sandra believed her condition was related to the removal of her hormonal IUD.

“More than once, I walked out of an endocrinologist or gynecologist appointment crying.

I almost always passed for an unbalanced.

I was told that I was suffering from premenstrual syndrome - like all women on this earth - and that I had to deal with it until menopause, ”grows upset, looking back, Sandra.

Recognition in the manuals

"I have the feeling that when we suffer from PMDD, we have a double penalty, that of the disorder and that of the lack of knowledge of the medical environment" she continues.

Because if these difficulties were mentioned for the first time in 1931 by the neurologist Frank Premier under the name of “premenstrual tension”, it is only in 2013 that the dysphoric disorder is recognized as a mental disorder by the DSM, work reference.

And despite the recognition of this disease, few professionals really know it.

"Practitioners have an obligation to update themselves, but it is true that at present, there are few specialists who can help with the diagnosis or the identification of symptoms," admits Hélène Marais-Thomas.

The psychologist discovered this disorder on her own in a textbook during her studies.

“I realized that no one was talking about it and that there was no specific support.

To overcome their symptoms and in the absence of information, these women manage as best they can.

Continuous pills, antidepressants, anxiolytics, and hormonal treatments are sometimes used but not always have the desired effect.

Priscilla decided to create an Instagram account on the TDPM as soon as she could get a word out about her illness.

“This page has helped me enormously.

Many told me that we were going to push each other down between patients, but it is quite the opposite.

Today, dozens of women write to her every day and she tries to give them the best advice.

Emélie, Lucie and other patients are in the process of setting up an association aiming to have the TDPM recognized.

“We are trying to create this place which does not exist today.

Towards a therapeutic management protocol?

For her part, Hélène Marais-Thomas decided to devote her doctoral thesis to the impact of behavioral and cognitive therapy on dysphoric disorder.

“My goal is to understand the patients in order to propose a therapeutic or psychotherapeutic scheme aimed at supporting them.

“Ultimately, she hopes that practitioners can use this protocol to support women wishing to overcome their PMDD.

Even if, as she recalls, each dysphoric disorder varies according to the woman who has it.

At the moment, the psychologist is following around thirty patients with this pathology.

“As the treatments have their limits and these women have often tested a lot of things before, I will in particular accompany them on symptoms that cannot be treated by drugs, such as the deterioration of self-esteem or feeling of failure.

Several months after the diagnosis is made, some women get better.

Emélie, who admits to blaming the whole world since her diagnosis, tries different solutions every month.

“The fact that there is no miracle cure is extremely difficult to live with.

Priscilla, meanwhile, is in her eighth month of happy cycles, as she likes to say.

A message of hope for women with this premenstrual disorder.

Stopping Your Periods: Is It Safe To Skip The Pills? 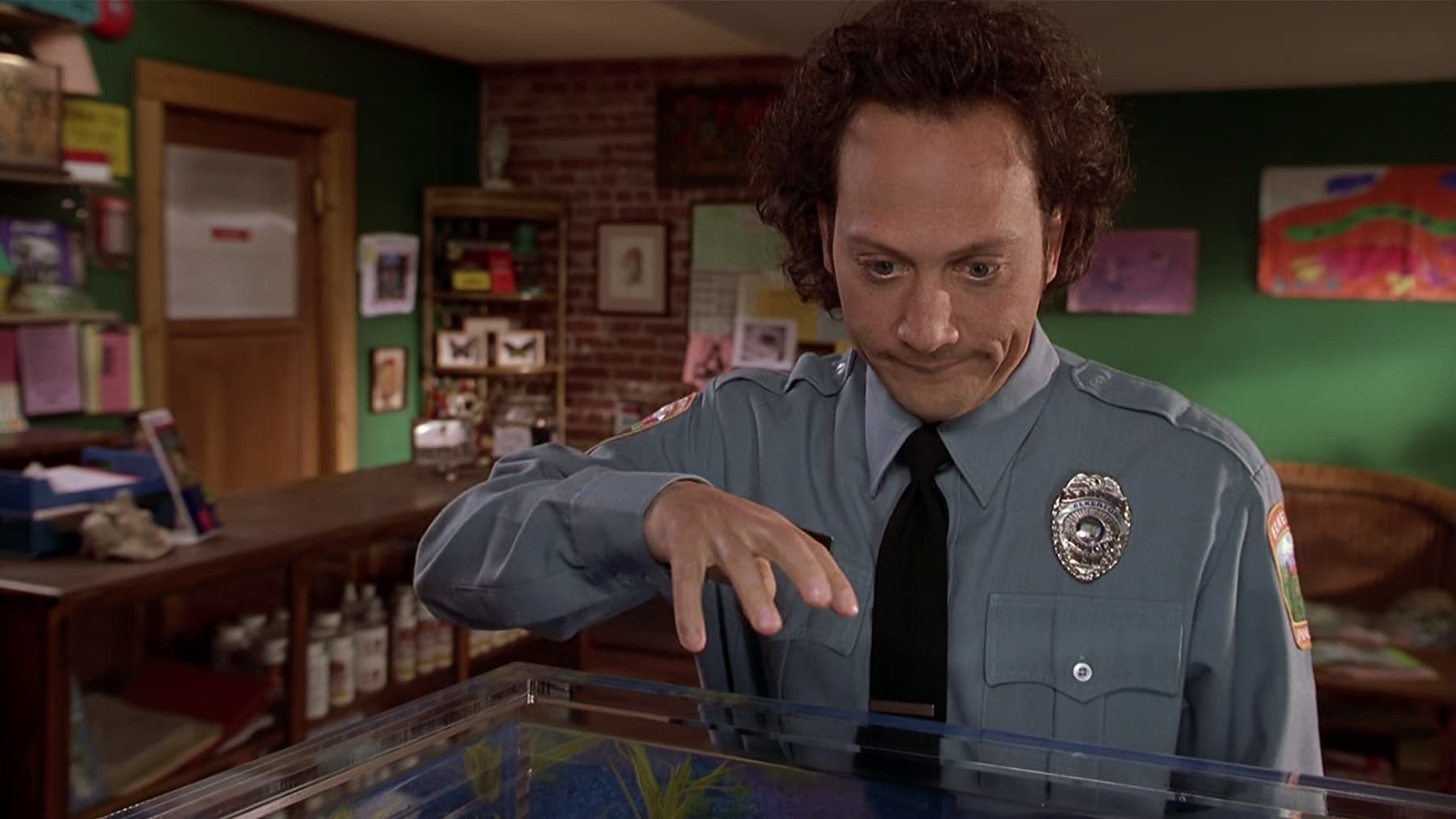 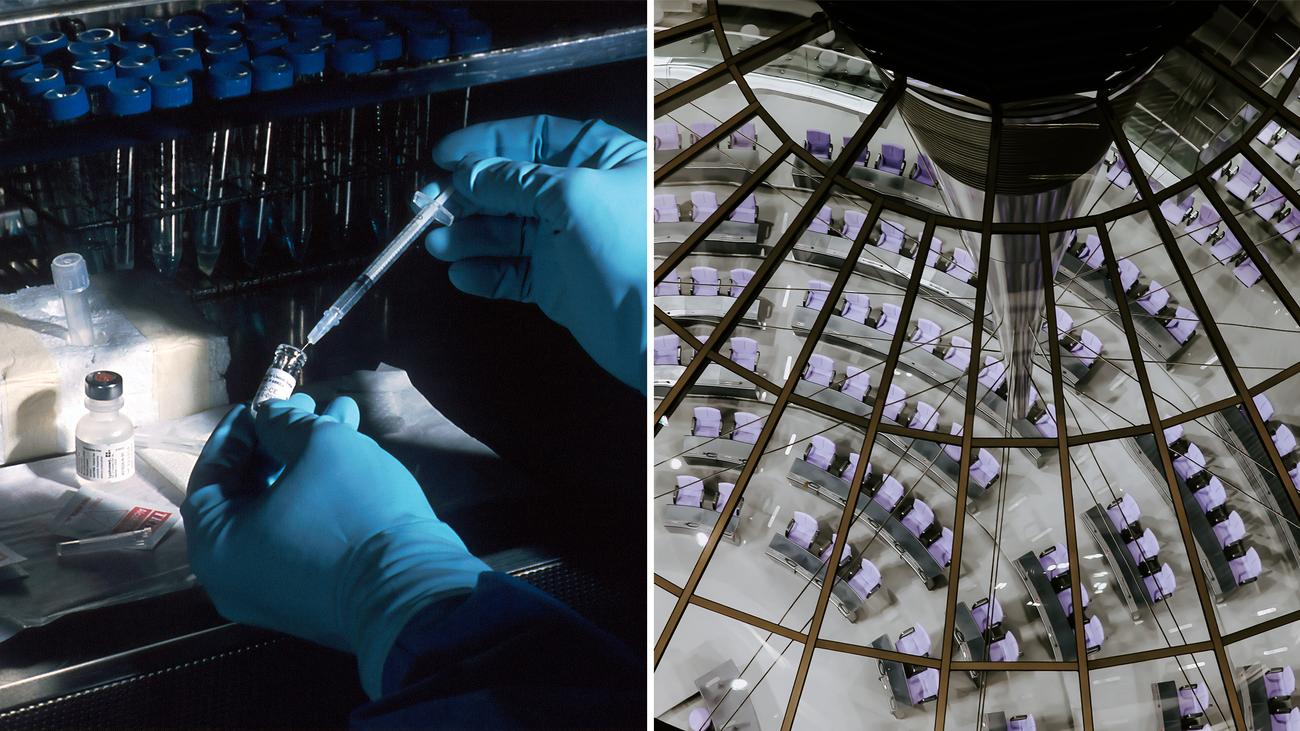 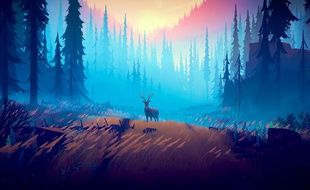 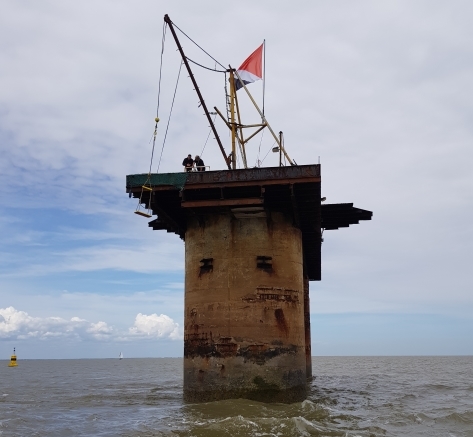 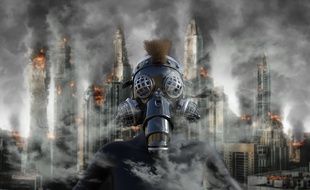 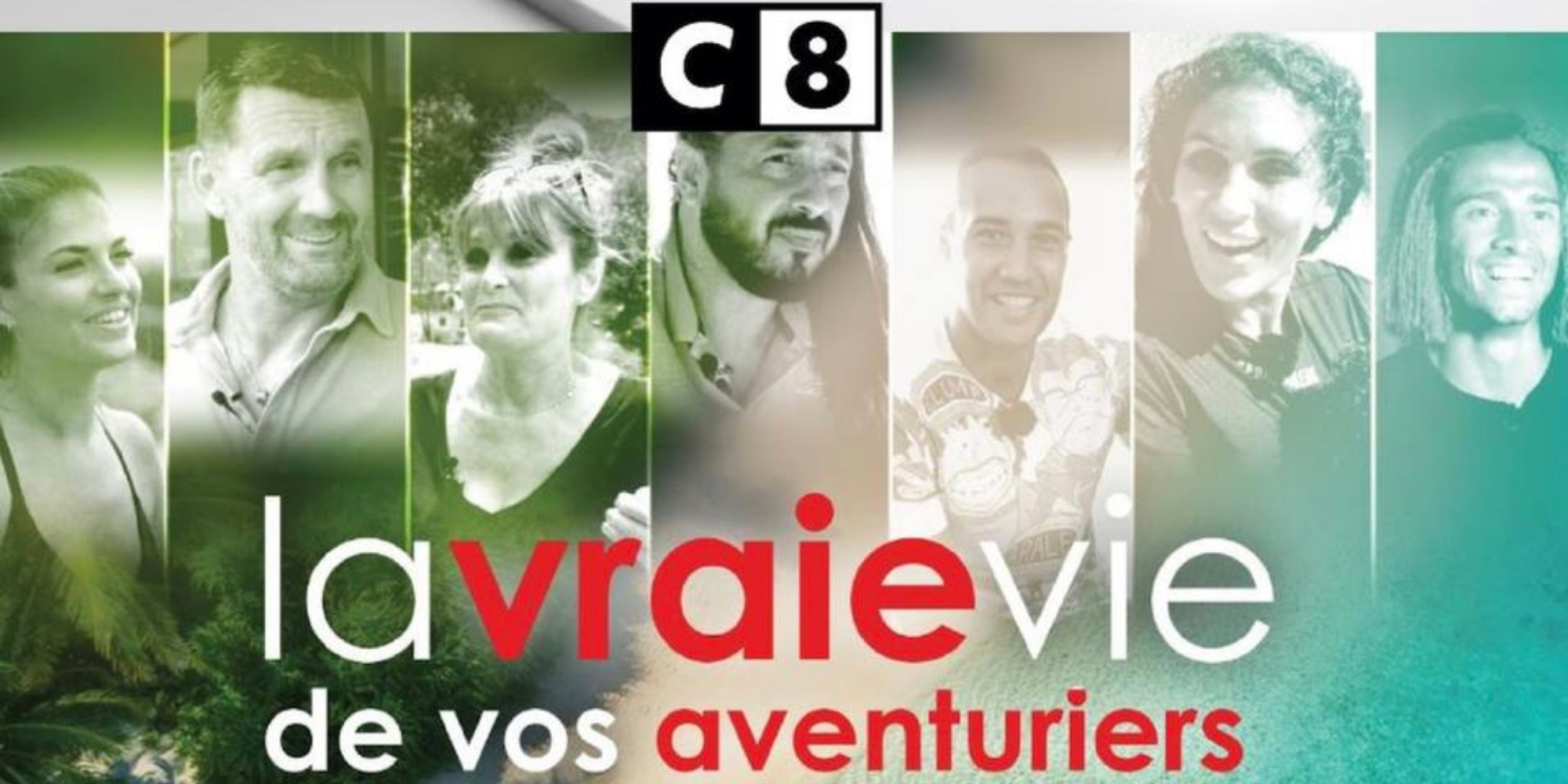 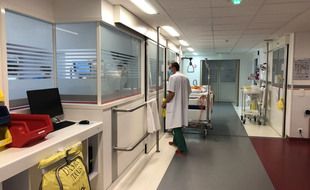 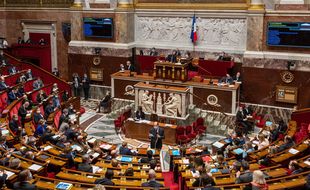