The beauty of “destroyingly” medical beauty: the black institutions maimed and die each year

The beauty of “destroying” medical beauty: anesthesia accidents occur frequently, and the black institutions cause about 100,000 deaths each year   It was just a "minor operation" for rhinoplasty, but it turned a woman in the Mood for Love into a vegetable.   "We recently received a 27-year-old female patient with encephalopathy. The patient had a heart rate drop before and after anesthesia at a

The beauty of “destroying” medical beauty: anesthesia accidents occur frequently, and the black institutions cause about 100,000 deaths each year

It was just a "minor operation" for rhinoplasty, but it turned a woman in the Mood for Love into a vegetable.

"We recently received a 27-year-old female patient with encephalopathy. The patient had a heart rate drop before and after anesthesia at a rhinoplasty in a plastic surgery institution, and was rushed to a nearby tertiary hospital and diagnosed as'deficiency. "Hypoxic encephalopathy', I was in a deep coma when I was referred to our hospital." Wang Hao (pseudonym), director of the cerebrovascular disease department of a tertiary hospital in Shanghai, told China Business News reporter.

Wang Hao said that although after more than half a month of treatment, the patient can perform activities such as spontaneous breathing and eye opening, but he still has not recovered consciousness.

"In the future, patients will need to undergo a series of treatments to cope with complications, as well as wake-up, neurotrophic, hyperbaric oxygen, rehabilitation and nutritional support."

According to CCID Consulting's data, in 2019, the number of medical cosmetology consultations exceeded 10 million, an increase of 34.29% year-on-year, and this rapid growth has been maintained for three consecutive years.

The "White Paper on China's Medical Beauty Industry Insights 2020" (hereinafter referred to as the "White Paper") released by iResearch earlier this year disclosed that the size of China's medical beauty market reached 176.9 billion yuan in 2019; according to its calculations, China has medical beauty in 2019 There are about 13,000 qualified institutions. Among the legal medical and aesthetic institutions, 15% of them are operating beyond the scope, which is a violation of regulations; while the industry is still rampant, and it is estimated that there are more than 80,000 life and beauty stores across the country that are illegally operating Medical beauty project.

Behind the high growth is chaos.

The "White Paper" shows that there is a gap of nearly 300,000 Chinese anesthesiologists based on the population base.

Experts surveyed that the high incidence of accidents in China's medical cosmetology industry is in black medical and aesthetic institutions. The average number of black medical aesthetics causing disability and death each year is about 100,000, and it is difficult for consumers to protect their rights.

Several fatal anesthesia accidents during plastic surgery in recent days have once again brought topics such as the safety and standardization of medical beauty into the air of public opinion.

Why do anesthesia accidents happen frequently in plastic surgery?

Which links need to arouse the strong attention of consumers and medical and aesthetic institutions?

Accidents are not inevitable

Wang Hao recalled that according to the anesthesiologist of the plastic surgery institution who accompanied the patient at that time, the patient had an allergic physique. After intravenous injection of anesthetic for the patient and before the operation began, the patient developed physical discomfort, and his heart rate once went from 100 Down to 60.

Anesthesia is divided into injection and inhalation.

“In some operations in our hospital that require general and induced anesthesia, a short-acting intravenous anesthetic called propofol will be used; this anesthetic has a fast onset of action and rapid metabolism, but it may inhibit patients. Breathing situation." Wang Hao told China Business News reporter.

However, "during deep anesthesia, the patient's body condition will be completely relaxed, and the muscles will not be able to exert strength. In addition to real-time monitoring of their vital signs, external machinery and equipment to help them breathe, it will be much safer."

On the 10th of this month, some media exposed that the granddaughter of a wealthy businessman from Hong Kong, China, Robbe, died accidentally during plastic surgery in South Korea. The reason was that "propofol, a controlled drug used as a sedative, caused adverse reactions." In addition, a South Korean police report also showed that Before the operation, the hospital skipped the basic preoperative drug inspection, and the surgical consent form that must be filled out by the patient himself was also filled out at will by the hospital.

On the 6th of this month, a netizen posted that his girlfriend Xiaojiao had an accident during rhinoplasty at the Changzhou Muyan Medical Plastic Surgery Institution, during which "blood pressure and heart rate began to drop", but eventually died of ineffective rescue.

Investigation by the local police found that the medical institution and doctors had all the certificates, which did not constitute illegal practice.

Zhou Jian, deputy director of the Xinbei District Health Supervision Office of Changzhou City, Jiangsu Province, said in an interview with CCTV recently that (they) filed a case against related medical institutions and related medical personnel who violated regulations on October 10.

The main illegal acts discovered so far include: medical institutions failing to report major medical disputes to the health administrative department in accordance with regulations; anesthesiologists failing to prescribe anesthetic drugs in accordance with regulations; surgeons have a doctor’s qualification certificate, but they have not registered with the medical institution. Record.

How does the normal anesthesia process of an operation start?

An anesthesiologist from a tertiary A hospital in Shanghai told a reporter from China Business News: “The first is the preoperative evaluation. We will conduct visits and evaluations on patients based on the ASA (American Society of Anesthesiologists) classification and understand their past medical history; Monitor and deal with accidental complications in a timely manner to maintain hemodynamic stability; after the operation, it is necessary to help the patient to smoothly pass the perioperative period, as well as follow-up follow-up and pain management.

The doctor explained: "Generally speaking, the above-mentioned plastic surgery requires simultaneous insertion of a laryngeal mask or tracheal intubation for the patient. Under the condition of ensuring mechanical ventilation, there will be no accidents caused by excessive propofol. In the absence of tracheal intubation, if not closely monitored, improper use of propofol can cause respiratory depression, which can lead to suffocation of the patient."

Anesthesiology is a branch of clinical medicine. Anesthesiologists need to have the qualifications of practicing physicians before they can practice clinical practice.

According to the "White Paper", according to the statistics of the population base, Chinese anesthesiologists have a gap of nearly 300,000. Based on the 12% increase in the annual operation volume in China, at least 8,000 will be increased each year, but the actual increase is only 4,000, which can be allocated to The number of physicians in the medical aesthetics industry is even less optimistic, which is a great challenge for the medical aesthetics industry.

To become a qualified anesthesiologist, the professional level required is no less than that of a specialist.

"The anesthesiologists, like other specialists, need to obtain the qualification certificate of practicing physicians and participate in standardized training. Among them, the standardized training is generally three years for undergraduates, two years for masters, and one year for doctors. The regular training of anesthesiologists is basically in the operating room If it is completed in the middle, it is necessary to go to the cardiology department and respiratory department for rotation." The anesthesiologist told China Business News.

"There are three most common cases of plastic surgery." Sun Baoshan, chief physician of the Department of Plastic Surgery of Shanghai Ninth People's Hospital and director of Shanghai Medical Beauty Quality Control Center, told China Business News reporter, "The first one is a plastic surgery institution without anesthesia qualifications. Anesthesia is carried out without authorization and a temporary doctor is hired from outside to operate it, and the source of the anesthetic is not clear; this is very bad in nature and there is a risk of revoking the business license."

"The second type is a plastic surgery institution with anesthesia qualifications that brings customers through various platforms that charge high intermediary fees (mainly Internet celebrity anchors), and hire professional doctors to perform intraoperative anesthesia. In this mode, In order to control costs, plastic surgery institutions often have one anesthesiologist responsible for multiple operations, which is seriously out of standard." Sun Baoshan said.

The standard operation is that an anesthesiologist can watch one operation at most one person, and a nurse is needed to assist.

Sun Baoshan said that if consumers have to undergo multiple facial and body plastic surgery in a day, this is actually not considered.

"Superimposition of surgeries can cause excessive trauma. Therefore, we must stop consumers from doing too many surgeries at once."

"The third type is accidents that occasionally occur during plastic surgery. For example, fat and hyaluronic acid filling into the blood vessels by mistake will cause certain organ damage." Sun Baoshan added.

It is worth noting that in the aforementioned Changzhou medical beauty accident, the 21-year-old Xiaojiao has undergone 3 operations from 2 pm onwards, namely lip shaping (M lip), prosthetic breast augmentation and rhinoplasty.

When I was doing the last surgery, it was more than 10 o'clock in the evening.

At this time, Xiaojiao's blood pressure and heart rate began to drop. After taking the corresponding first aid measures, the medical and aesthetics organization sent Xiaojiao to Changzhou Wujin People's Hospital for emergency treatment, but she finally recovered without surgery.

In addition, there are also experts in the field of medical aesthetics that some plastic surgery accidents happen too quickly. If the doctor lacks relevant first aid experience, no matter how good the critical illness management and resuscitation equipment may not be able to work.

"The safety accidents in medical and aesthetic institutions I know are almost all caused by illegal anesthesia." Ao Hushan, member of the National Committee of the Chinese People's Political Consultative Conference and director of the Department of Anesthesiology, Fuwai Hospital, Chinese Academy of Medical Sciences, told the media earlier that medical aesthetics should actually be An industry with high barriers to entry.

Ao Hushan suggested that, first of all, first-aid knowledge should be given lectures and trainings for medical staff and industry personnel engaged in medical cosmetology; in this way, everyone who is about to enter this industry must first learn first-aid knowledge, such as cardiopulmonary resuscitation. And obtain the relevant certificate; secondly, pay attention to the training of sensory control knowledge, such as whether the disinfection is passed, and the sensory control certificate must be obtained, all of which need to be further regulated.

How to solve the "fatal" medical beauty problem?

"This is mainly because there are no specific laws and regulations as a starting point." Sun Baoshan said, "After some existing plastic surgery accidents, most of the cases will be resolved by the organization and the patient's family through negotiation and compensation, and rarely made public; and if the death case is not approved There will be no vigilance without discussion and investigation."

"As for plastic surgery institutions, they must have anesthesia qualifications, hire an anesthesiologist with professional standards, and resolutely prevent one person from overseeing multiple units; other times, they must strictly abide by existing rules and regulations."

The reporter learned that recently, Baoshan Sun is taking the lead in plastic surgery experts in the industry to conduct risk assessments one by one for the 200 medical beauty projects currently underway in Shanghai.

"We require all plastic surgery institutions to sign a green channel agreement with the nearby tertiary hospitals, and transfer them in time if necessary," said Baoshan Sun. 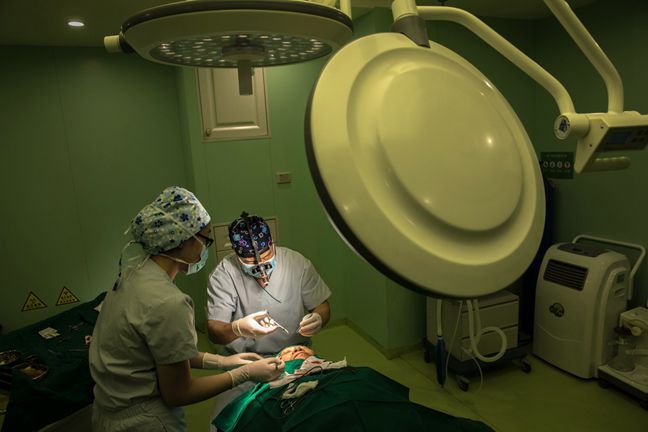 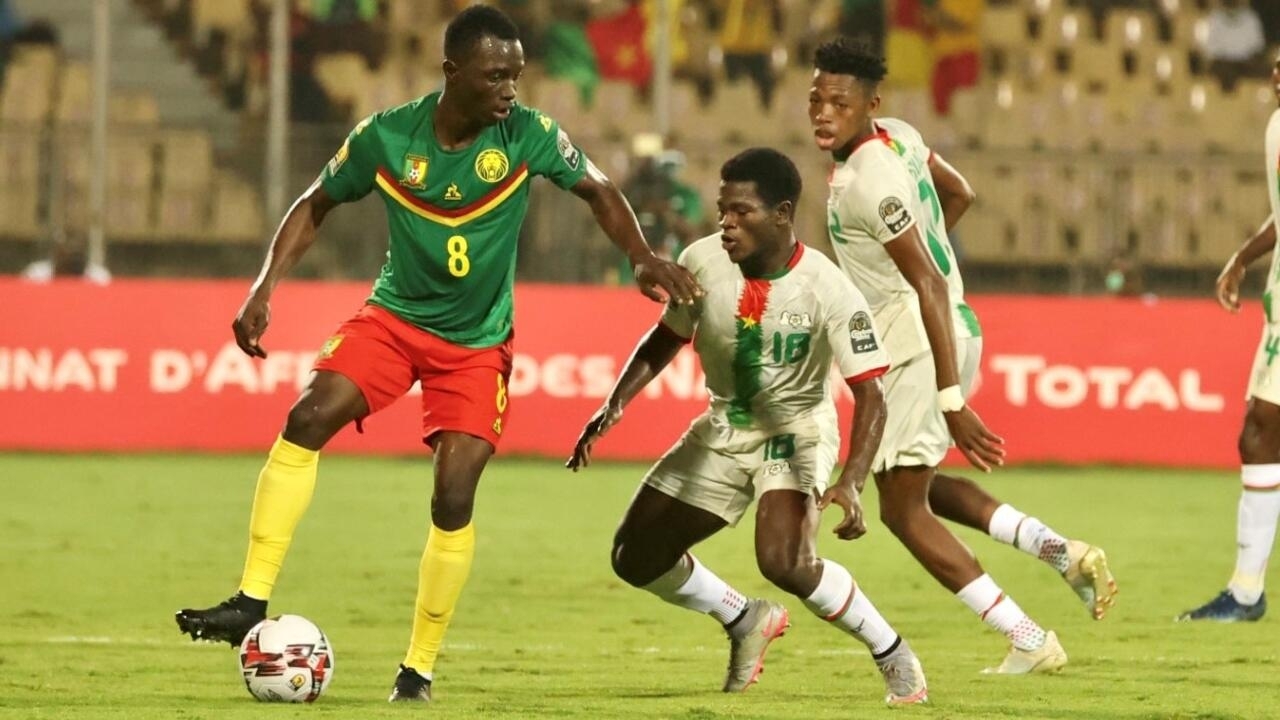 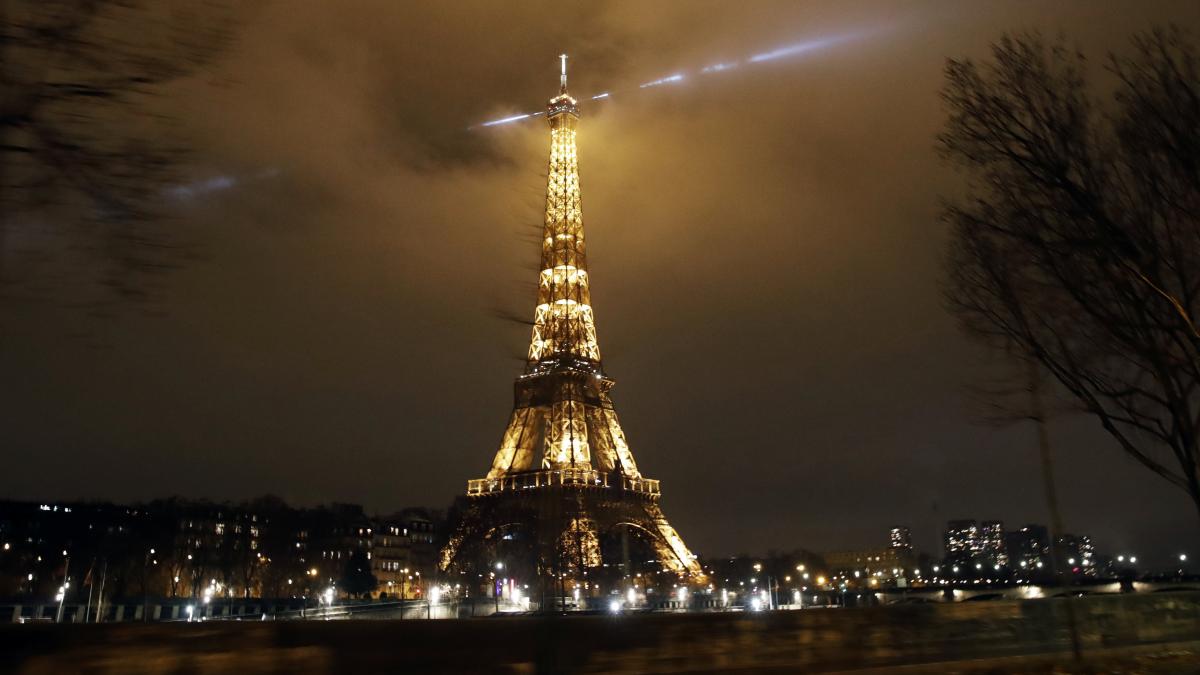 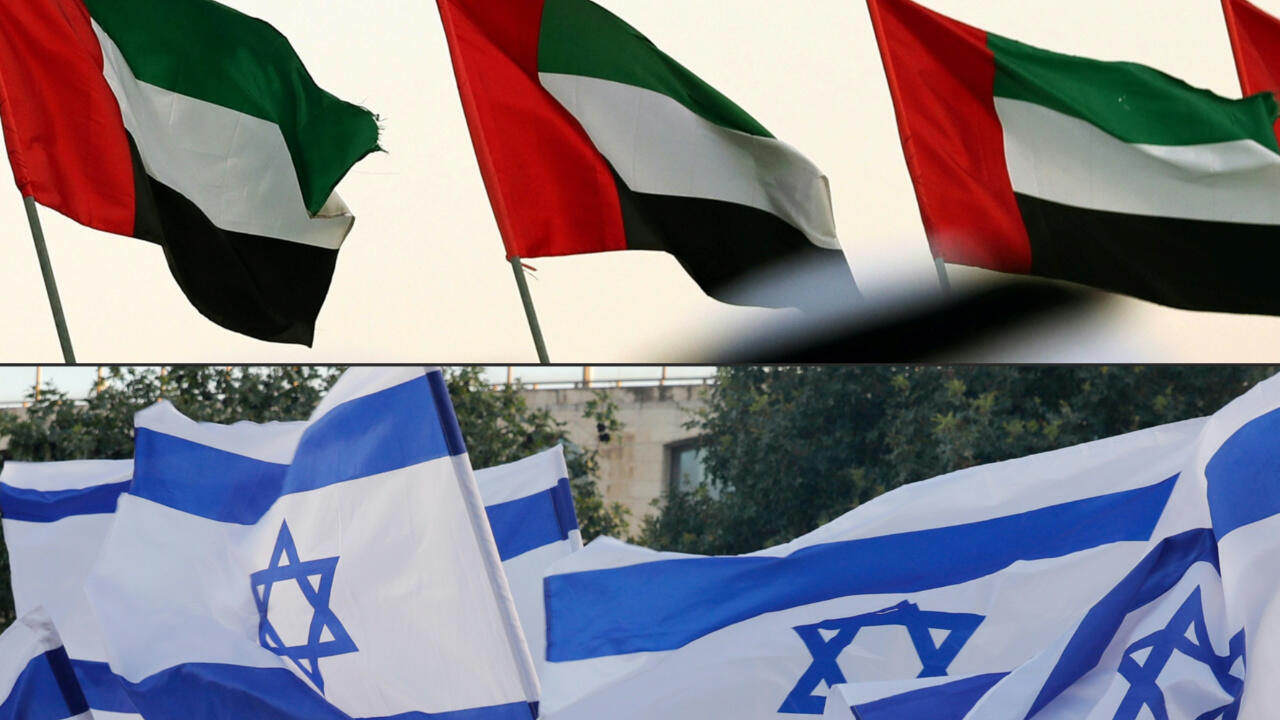 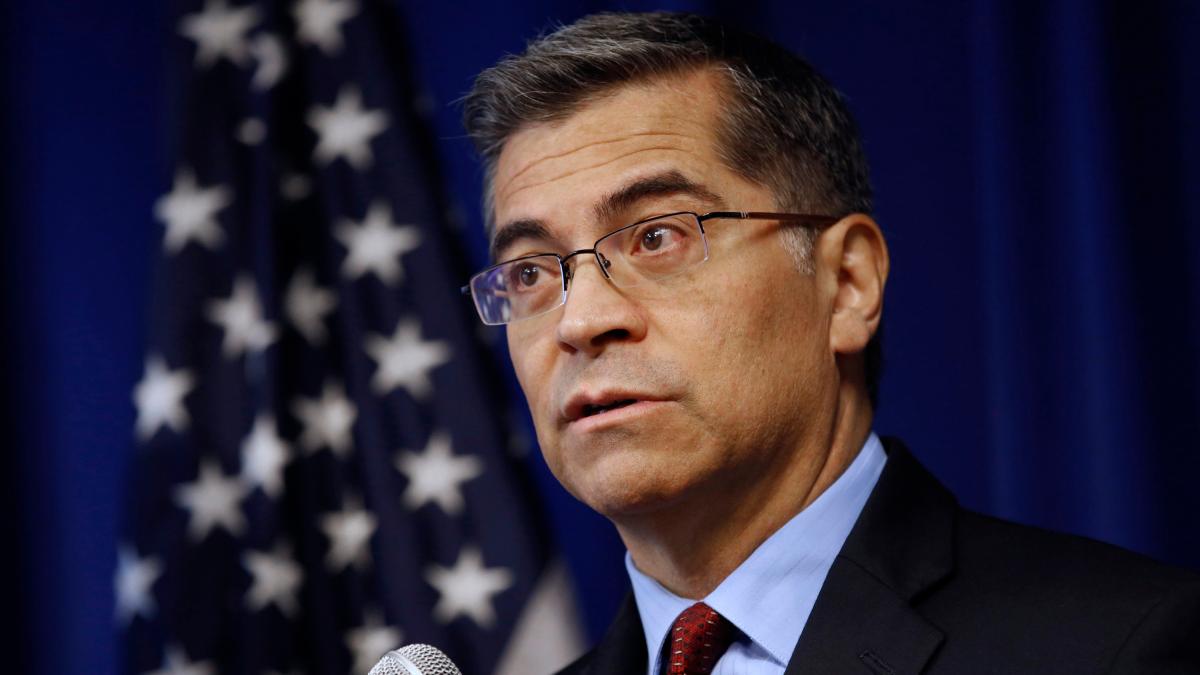