China's housing prices have entered the "10,000 yuan era", and more than 30 cities may introduce tightening policies

Chinanews client, Beijing, October 20 (Peng Jingru) On the 20th, the September 70 city housing prices released by the National Bureau of Statistics showed that the increase in the sales price of commercial residential buildings fell slightly in September.   However, according to the national real estate development investment and sales in the first three quarters released by the National Bureau 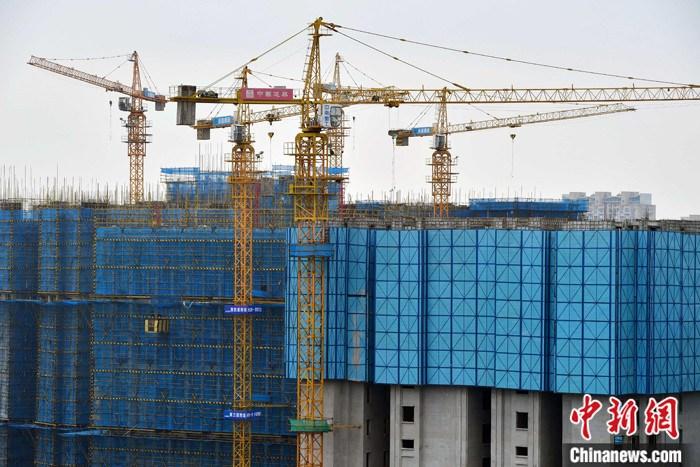 Chinanews client, Beijing, October 20 (Peng Jingru) On the 20th, the September 70 city housing prices released by the National Bureau of Statistics showed that the increase in the sales price of commercial residential buildings fell slightly in September.

However, according to the national real estate development investment and sales in the first three quarters released by the National Bureau of Statistics on the 19th, there are opinions that the national average housing price has entered the "10,000 yuan era."

Are these real estate data contradictory?

What should I look at?

A real estate project is under construction.

In September, whether it was a new house or a second-hand house, the price increase fell from the previous month.

For example, the price of new houses in 4 first-tier cities increased by 0.4% month-on-month, and the increase was 0.2% lower than the previous month.

The price of second-hand housing increased by 0.9% month-on-month, and the increase was 0.1% lower than the previous month.

In addition, the prices of new and second-hand houses in 31 second-tier cities rose by 0.3% and 0.2% month-on-month, respectively, representing a decrease of 0.3 and 0.2 percentage points from the previous month.

No, let’s see how this statement came about.

On the 19th, the National Bureau of Statistics released data showing that in the first three quarters, the sales area of ​​commercial housing nationwide was 117.07 million square meters, down 1.8%.

Yan Yuejin, research director of the Think Tank Center of E-House Research Institute, said that according to the sales amount and sales area announced by the National Bureau of Statistics, the average price of commercial housing nationwide was 9878 yuan per square meter in the first three quarters, a year-on-year increase of 5.6%.

"With the increase in land prices, the possibility of a simple house price decline is actually unlikely, and house prices are generally steadily rising. The reason why the house price index is considered good in September this year is because the rate of increase has narrowed, or it has not risen as much as before." Yan Yuejin said that more than 10 cities across the country have introduced new policies to stabilize land prices, which is worth learning from other cities across the country.

The "Three Quarter Real Estate Policy Review Report" released by the Shell Research Institute on the 20th shows that since July, Dongguan, Hangzhou and other places have introduced regulatory policies. Since then, in response to the rapid rise in the market, the Central Government and the Ministry of Housing and Urban-Rural Development convened two meetings in relevant cities. The meeting has since kicked off a new round of policy regulation in the property market.

Among them, 11 of the 70 large and medium-sized cities have become the focus of this round of regulation due to the high housing price index in July and August 2020.

"The core purpose of this round of regulation and crackdown on real estate speculation is to stabilize house prices and squeeze out investment demand from the market. Among the 11 cities, except Xuzhou, the year-on-year index growth rate of house prices in other cities has fallen." The report shows.

According to data from the National Bureau of Statistics, in September, the price of new and second-hand houses in Xuzhou increased by 1.4% and 1.3% respectively, leading the country.

So why does Xuzhou “fall behind” in the control of housing price growth? Is it because the “copy assignment” is not thorough?

Many people in the industry unanimously said that the policy needs time.

Xu Xiaole, chief market analyst at Shell Research Institute, believes that since March this year, Xuzhou's new house transactions have been increasing month by month. Xuzhou's top housing price increase is due to the recent positive urban construction and the high enthusiasm for land acquisition by real estate companies. Xuzhou residential land in May and July The transaction premium rate is around 25%, the market is expected to rise, driving the market volume and price upward.

"Although Xuzhou housing prices have risen at a relatively high rate, Xuzhou has already introduced control measures, which does not rule out the possibility of cooling in the next few months." Yan Yuejin believes that considering that Xuzhou’s first and second-hand housing prices have increased the most, Xuzhou objectively wants Actively do a good job in house price control, especially in some second-hand houses along the subway and with better degrees, and we must guard against speculation by landlords and intermediaries.

Among the 11 cities that have become the focus of the current round of property market regulation, many cities have already laid a "model" for Xuzhou.

According to the Shell Research Institute report, in September, among the 11 cities, 6 cities’ house price index fell month-on-month in 70 large and medium-sized cities. Among them, Shenzhen dropped 5 places, and the house price index fell back to 1 month before the introduction of the control policy. Month), the market outlook is expected to be stable.

"It can be seen that the current round of regulation has an immediate effect, and the goal of stabilizing housing prices has initially reached expectations." The above report commented.

Next, the property market tightening policy may continue to strike while the iron is hot.

Statistics from Centaline Real Estate Research Center show that as of the end of September, the number of national real estate control policies reached 403 times.

Zhang Dawei, chief analyst of Centaline Property, said that the first half of 2020, when the real estate regulation is the most relaxed, has passed, and tightening of regulation is inevitable.

"Recently, the trend of tightening of the property market in many places has emerged. It is expected that at least more than 30 cities will introduce real estate policies with different tightening strengths in the future."

Zhang Bo, Dean of 58 Anju Guest House Industry Research Institute, said that under the pressure of regulatory policies in cities such as Xuzhou and Yinchuan, the rate of increase in housing prices has begun to narrow.

In addition, the expectation of continued tightening of regulation in the subsequent period continues to increase. It is expected that the subsequent overall increase in housing prices in 70 cities will be effectively controlled within 1%.

"The current real estate market has entered the traditional tenth stage of gold, nine and silver, and price reductions are the main theme. In the fourth quarter, the inventory pressure in various places is still high, and the three red lines and other constraints will also have a certain impact, so the price will not be too strong." Yan Yuejin said .

He also reminded that in the actual process, buyers should be wary of all kinds of false price discounts and other practices.

For the regulatory authorities, it is still necessary to control all kinds of speculation in school districts, actively guide intermediaries to carry out their business, and eliminate property speculation.

"Silver Ten" is about to enter the countdown, will you buy a house?