"One leap for a thousand years": The great historical change of Yunnan "Straight through the nation"

"One leap for a thousand years": The great historical change of Yunnan "Straight through the nation"   After graduating from the Central University for Nationalities in September 2015, Gao Qiongxian returned to his hometown of Gongshan County, Nujiang Lisu Autonomous Prefecture, Yunnan. He has been working in Gongshan for 5 years.   Gao Qiongxian is the first female master of the Dulong (see "Po

"One leap for a thousand years": The great historical change of Yunnan "Straight through the nation"

After graduating from the Central University for Nationalities in September 2015, Gao Qiongxian returned to his hometown of Gongshan County, Nujiang Lisu Autonomous Prefecture, Yunnan. He has been working in Gongshan for 5 years.

Gao Qiongxian is the first female master of the Dulong (see "Postgraduates of the Dulong after the 1980s" reported by our newspaper on August 30, 2012). In her view, returning home means "responsibility".

And this "responsibility" is precisely what her uncle and former county magistrate Gao Derong taught her for decades.

When General Secretary Xi Jinping awarded him the medal, he asked him: "How are the fellows?"

The Dulong nationality is a minority nationality that has directly transitioned from the end of primitive society to a socialist society after the founding of New China (that is, "straight through the nation").

For many years, General Secretary Xi Jinping has been concerned about the Dulong compatriots.

In 2014, on the eve of the completion of the Dulong River Highway Tunnel, the General Secretary wrote to encourage the Dulong compatriots to speed up the pace of poverty alleviation and prosperity; in January 2015, the General Secretary met with Gao Derong and other officials and people in Gongshan County during an inspection tour in Yunnan; The Dragon tribe has achieved the whole tribe's poverty alleviation, becoming my country's first ethnic minority to be lifted out of poverty. Dulongjiang Township Party Committee reported this good news to General Secretary Xi Jinping.

On April 10, 2019, the General Secretary wrote back to congratulate the villagers, "I am very happy to hear this news", he wrote in the letter: "It is my long-cherished wish to let people of all ethnic groups live a good life." .

He encouraged the villagers to make persistent efforts and strive to be strong, "Alleviating poverty is only the first step, and better days are yet to come."

On March 19 this year, the Yunnan Provincial Government issued an exciting piece of news: The poverty incidence rate of 11 “pass-through ethnic groups” and “small-populated ethnic groups” in Yunnan dropped from 26.69% in 2014 to 2.41%, except for the Nu and Lisu. Outside the tribe, the 9 "straight through ethnic groups" and "smaller population ethnic groups" of Dulong, Deang, Jinuo, Wa, Pumi, Achang, Lahu, Bulang, and Jingpo have achieved the entire tribe's poverty alleviation, a thousand years of leap, and a historic farewell to absolute poverty.

Ten years ago, Gao Qiongxian's way home was one of the furthest among the students of Minzu University of China.

From Beijing to Kunming and then to Dulongjiang Township, the journey time is at least 5 days.

Due to the obstacle of the Gaoligong Mountain, which is more than 5,000 meters above sea level, Dulongjiang Township was not opened to traffic until September 1999. Even if the highway is open, the road conditions of 79 kilometers of mountain roads are extremely poor. From December to May of the following year, the mountains are blocked by heavy snow. It was closed to traffic for half a year in the middle of the year, and Dulongjiang Township became a place isolated from the world.

Before the closure of the mountain every year, the villagers in Dulongjiang Township had to bring food, potato, salt, medicine, fertilizer and other daily production supplies back to their hometowns by trucks or people on horseback.

In November 2015, after 4 years of construction, the 6,680-meter-long Dulongjiang Highway Tunnel was completed. Dulongjiang Township bid farewell to the history of heavy snow-covered mountains.

In the past, Di Shirong, a villager in Bapo Village, drove horses to transport supplies. Now he can drive more than three hours to buy goods from Dulongjiang Township to Gongshan County.

Subsequently, the infrastructure construction of Dulongjiang Township was accelerated, the village roads were repaired, and five bridges across the river including Lula and Pukawang Bridge were built. Villagers no longer rely on ziplines to cross the river when they go out.

In April 2019, Dulongjiang Township became the first town in Yunnan to open a 5G network.

Significant improvements in infrastructure and public services such as water, electricity, roads, communications, and the Internet have also occurred in other "straight through ethnic" settlements.

"Since the fight against poverty began, Yunnan has made the'Straight Pass Ethnic' settlements the focus of the province's poverty alleviation." Huang Yunbo, director of the Poverty Alleviation and Development Office of the Yunnan Provincial Government, said that as of now, Yunnan has invested 34.39 billion yuan to improve its capacity, quality and labor services. Six major projects, including export, housing project, cultivating characteristic industries, improvement of infrastructure, and ecological environment protection.

In July of this year, Lu Lei of Ninglang County Minority Middle School ranked first in science in Lijiang City and 59th in Yunnan Province with a score of 709, and was admitted to his long-awaited Tsinghua University.

The "Haian Class" he is in has an average score of 616.6 in the college entrance examination this year.

Ninglang County, located on the plateau in northwest Yunnan, is located in a high and cold mountainous area. Except for its remote location, inconvenient transportation, and blocked information, the poverty here is largely due to the poverty of education.

In 1988, the Ninglang County Party Committee and the county government provided lumber in short supply for Jiangsu Haian at a preferential price. Haian sent key teachers to Ninglang to support education, which opened a precedent for education cooperation between the East and the West.

After 1990, in order to keep water, soil and forest banned, the agreement of "replacement of timber for talents" became history, but the educational cooperation between Ninglang and Haian continues to this day.

Over the past 32 years, Ninglang has gone from a county with a weak education to a strong county in Yunnan Province, and has entered the ranks of advanced counties in national education.

More than 10,000 college and technical secondary school students returned home after completing their studies and became the backbone of the "Xiaoliangshan" poverty alleviation.

In recent years, poverty-stricken villages in the "Straight-through Ethnic" region not only have college students of their own ethnic group, but also doctoral students.

Chen Qinghua, an associate professor at Yunnan University of Traditional Chinese Medicine, is the first doctor of Dulong.

Their father was the first group of teachers to teach in Dulongjiang Township, and their mother was a local Dulong woman.

Among the 13 inhabitants of Xishuangbanna Prefecture, there are five "straight through ethnic groups": Jinuo, Brown, Wa, Lahu, and Jingpo.

By the end of 2019, all the impoverished people of these five ethnic groups will be lifted out of poverty.

Luo Zhihua is a senior veterinarian at the Animal Husbandry and Veterinary Work Station of Menghai County, from the Lahu nationality.

In 2015, he and 3 team members were sent to Manban Team 3 to participate in poverty alleviation.

This is a Lahu village with only 17 households with 57 people, but all of them are poor. After two relocations, in 2011, the third team of Manban settled in the current village.

Since 2015, the local government has hardened the village’s roads, built basketball courts, renovated the kitchens and bathrooms in the villagers’ homes, installed solar water heaters and gas stoves; through technical training, the rice harvest of the Manban team three was a big harvest; the work team To help villagers develop the small-ear pig and tea industry, Luo Zhihua taught the villagers to raise pigs scientifically, generating more than 320,000 yuan for the villagers.

The work team also opened literacy classes and preschool classes, allowing older villagers and children to start writing from "1,2,3" and "Chinese, Chinese, and people". Now most villagers can understand Chinese and write their own first name.

Luo Zhihua said that now there are more than 20 villagers who use smartphones, use WeChat voice chat, send pictures, and sometimes they will send messages asking "Captain Luo, have you eaten?"

According to the data of the Yunnan Provincial Office of Poverty Alleviation, in recent years, Yunnan has comprehensively promoted the application of mobile phone App technology, provided employment training to 184,300 people, and transferred 124,100 jobs.

Laodabao Village is one of the protection and inheritance bases of the national intangible cultural heritage "Mupamipa".

Since 2013, villagers have spontaneously established Lancang Lao Dabao Happy Lahu Performing Arts Co., Ltd. More than 200 actors are villagers. They have created more than 300 Lahu folk songs, including 30 songs composed by Li Naluo, and were invited to perform at home and abroad. .

Performance income has become an important source of income for villagers. In 2018, Lao Dabao's national culture for poverty alleviation was selected as the United Nations "China Poverty Alleviation Achievement Exhibition".

At the end of 2019, the per capita disposable income of Lao Dabao Village reached 11,240 yuan.

There are more than 60 villagers working in the scenic area, earning three to four thousand yuan a month.

Chen Jianjun, head of the Jinuo Shanzhai Art Troupe, said that although the Jino people have a small population, their unique ethnic culture has driven the local villages out of poverty and become rich.

The scenic spot distributes more than 300,000 yuan in dividends to Bapo Village every year, and also set up some free stalls for villagers to sell local products such as fruits and honey.

Villagers outside the scenic area also provide tourism services such as homestays and catering.

"Ethnic culture has played an important role in the process of poverty alleviation." According to Ma Kaineng, deputy director of the Yunnan Provincial Ethnic and Religious Affairs Commission, Yunnan ethnic minority culture has been accumulated for thousands of years and has been internalized into various ethnic minorities. System of values.

The combination of poverty alleviation and aspirations is inseparable from respect and inheritance of national culture.

He introduced that in order to accurately protect, inherit and develop, Yunnan has collected about 1,300 cultural data on "passing ethnic groups" and "small-populated ethnic groups"; implementing the protection and inheritance of ethnic culture and the "double hundred" project for 5 years, a total of protection and inheritance" There are 198 traditional cultural projects of "Straight Passing Nationality" and "Minority with Small Population", involving language and writing, cultural relics and ancient books, singing and dancing, arts and crafts, architectural costumes, medicine and sports, etc.; naming and supporting "Straight Passing Nationality" and "population comparison There are 16 outstanding talents in the traditional culture of “less ethnic groups”. 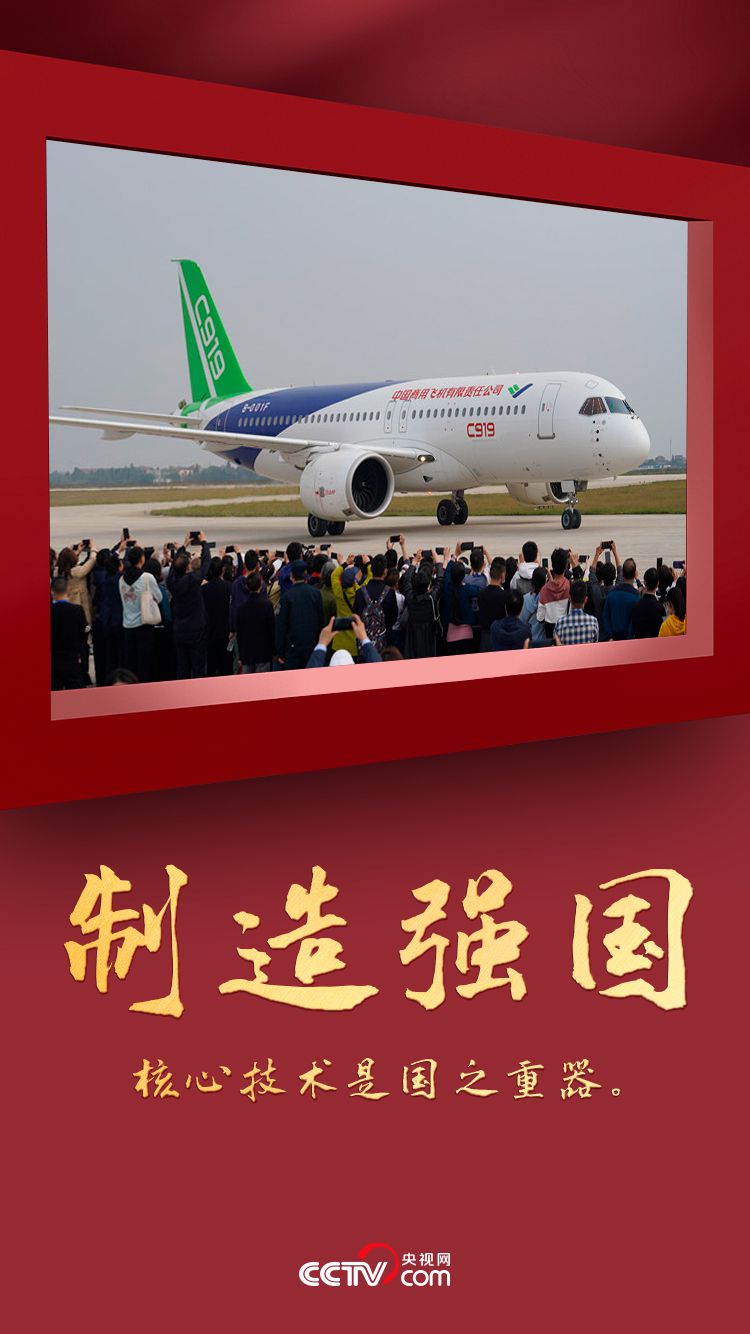 News/Politics 2020-09-02T13:51:10.281Z
Remember the history and forge ahead-written on the occasion of the 75th anniversary of the victory of the Chinese People's Anti-Japanese War and the World Anti-Fascist War 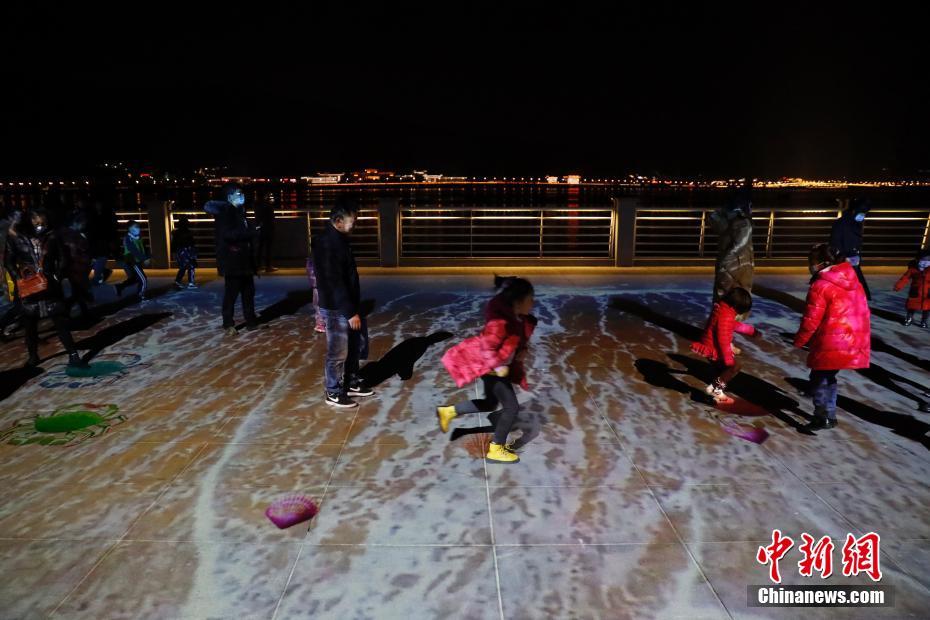