The 18-year-old Russian who beheaded a history teacher on the street in Paris was known to the police. Hundreds of French people remembered the sacrifice on the evening. 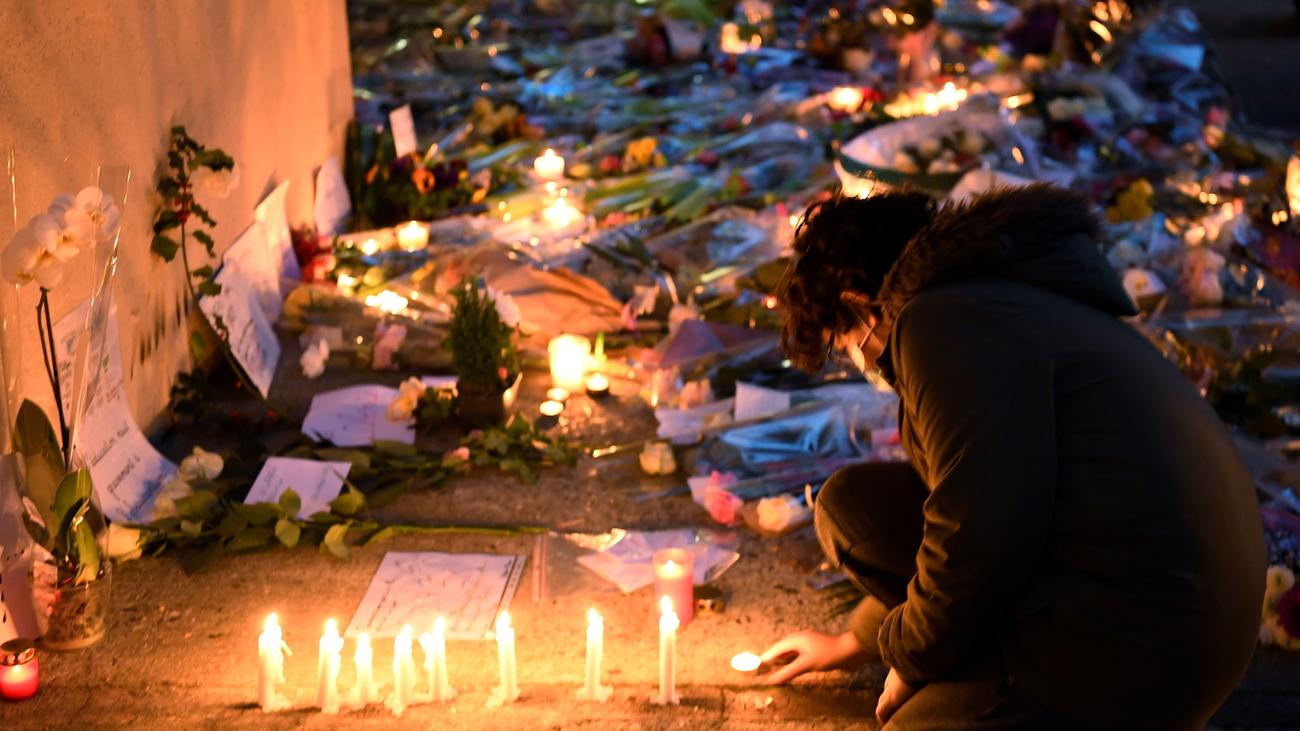 In Paris that evening, hundreds of people gathered at the scene of the terrorist attack, in which a presumably Islamist violent criminal beheaded a history teacher in the street.

They commemorated the victim in front of the school in the Paris suburb of Conflans-Sainte-Honorine.

In other cities in the country, too, the French took to the streets to send a message against extremist terror.

According to the public prosecutor's office, an 18-year-old Russian of Chechen origin walked on the 47-year-old teacher near the school building in the attack on Friday afternoon - his body was found decapitated with numerous wounds on his upper body and head.

In the vicinity of the crime scene, the investigators found a roughly 30 centimeter long blood-smeared knife.

The police have now arrested ten people in connection with the crime.

In the meantime, the responsible public prosecutor Jean-François Ricard has commented in detail on the alleged background to the crime, according to which the alleged attacker, whom the police officers captured and shot shortly after the crime, had lived in France for twelve years.

He came to France as a refugee and had a residence permit since spring.

So far, however, he has not been noticed as a possible radicalized Islamist.

He was known to the police for criminal offenses for which he was not convicted.

According to the Russian Embassy, ​​the Moscow-born attacker had no known ties with Russia.

As the prosecutor announced, the attack was preceded by threats against the teacher and the school.

At the beginning of October, the teacher took up the topic of freedom of expression and

about the satirical magazine

, which a few years ago and recently again published cartoons of Mohammed and was therefore the target of a bloody attack.

Father argued with the teacher

The father of one of the students allegedly complained to the school administration and on the Internet that the teacher had shown his students nude caricatures of the Prophet Mohammed.

Media reports that the father appeared in the school accompanied by a well-known Islamist.

Both are now in police custody.

The father's half-sister, who was also arrested, is believed to have moved to Syria for the Islamic State (IS) jihadist militia, according to the prosecutor.

The public prosecutor did not disclose whether the alleged attacker, who lives in Evreux, had once been a student at the school of the victim.

Eyewitnesses told Reuters news agency that the perpetrators shouted "God is great" in Arabic after the act.

Investigators later found a Twitter message on a mobile phone near the shot Russian with the photo of the decapitated victim and a message that French President Emmanuel Macron described as "the leader of the infidels" and announced: "I executed one of your hellhounds who dared, Mohammed to belittle. "

The anti-terrorist public prosecutor's office is investigating murder in connection with an act of terrorism and a "criminal terrorist organization".

Meanwhile, the prosecutor in Tunisia has launched an investigation into a parliamentarian who publicly glorified the attack in Paris.

"Insulting the envoy of God" is "the greatest crime," wrote the independent Tunisian MP Raschid Chiari, defended on his Facebook page on Saturday morning.

Whoever committed it had to face the consequences.

According to the state news agency Tap, the deputy prosecutor and court spokesman in Tunis, Mohsen Dali, will investigate Chiari on the basis of his testimony and examine his position in parliament.

Chiari's contribution was without question about the glorification of a terrorist act.

Paris - Teachers killed in Islamist terrorist attack A teacher who is said to have shown caricatures of Mohammed to schoolchildren was killed in a Paris suburb.

President Macron spoke of an "Islamist act of terrorism". 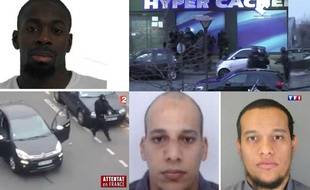 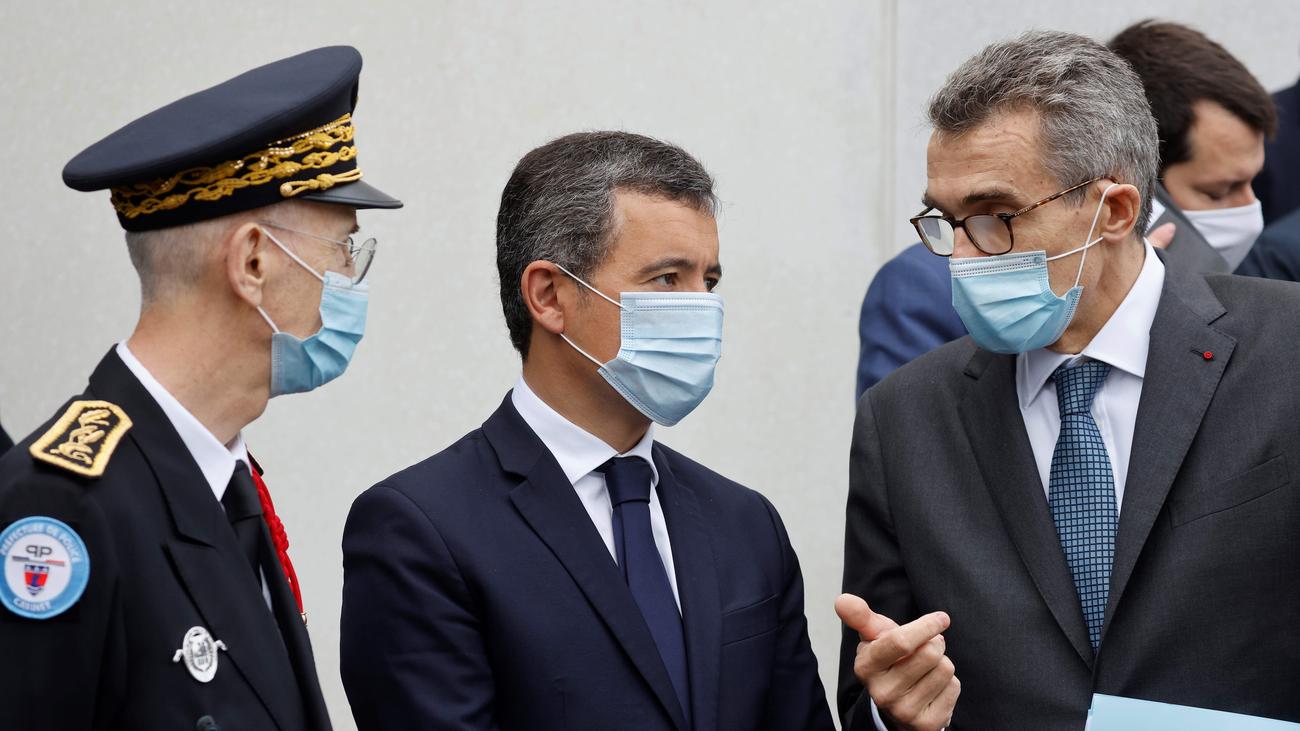 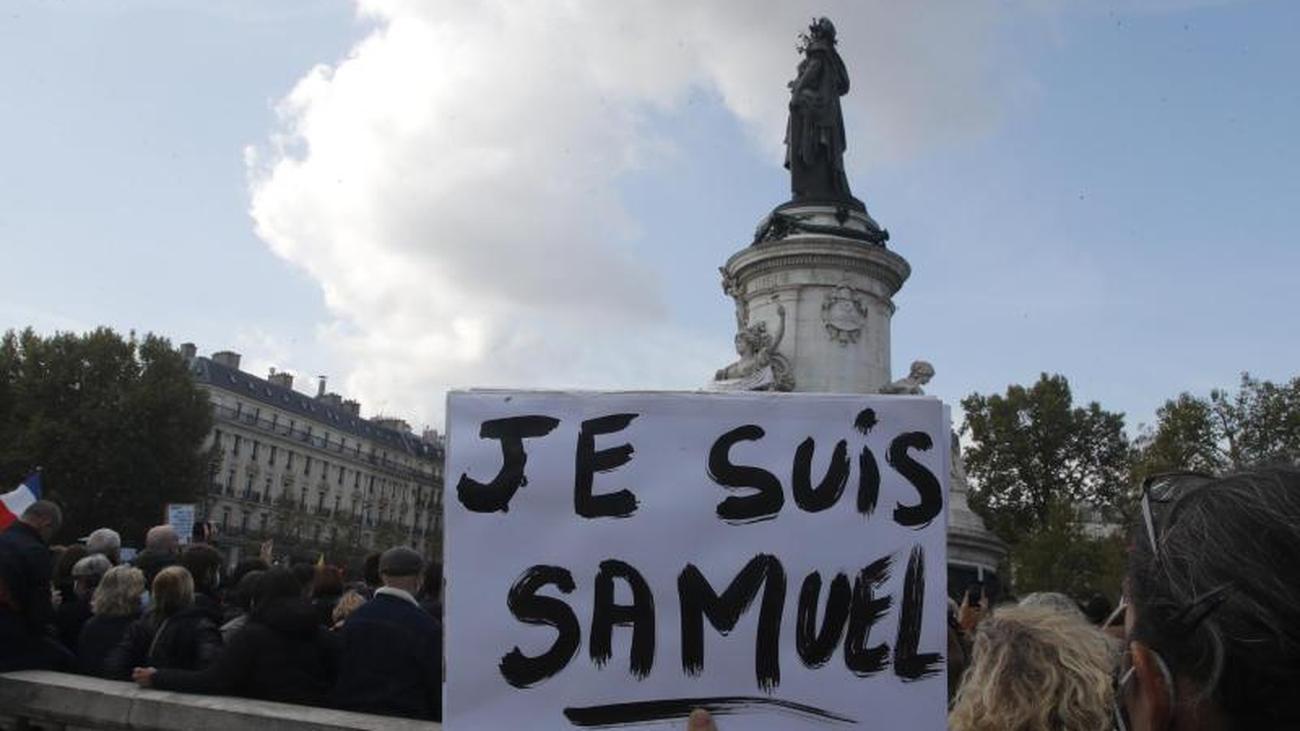 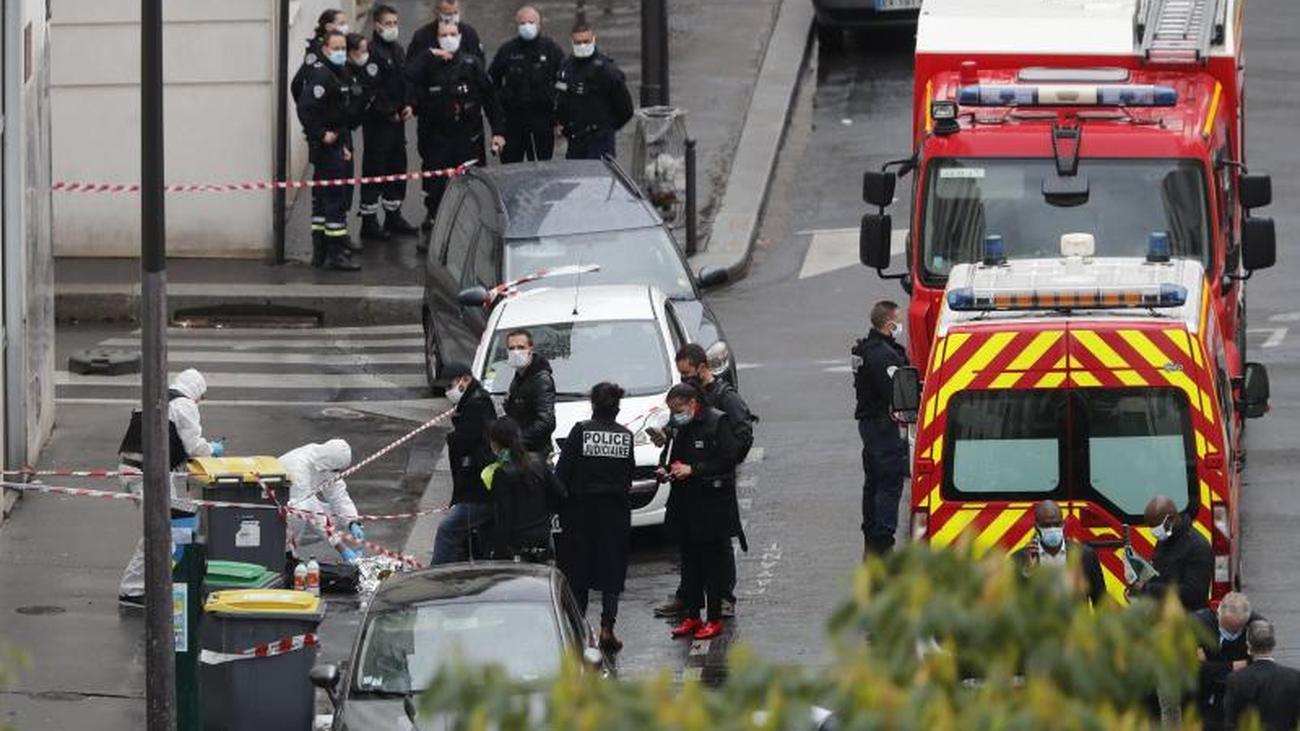 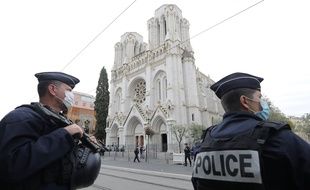 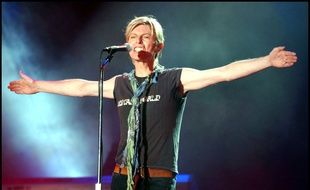 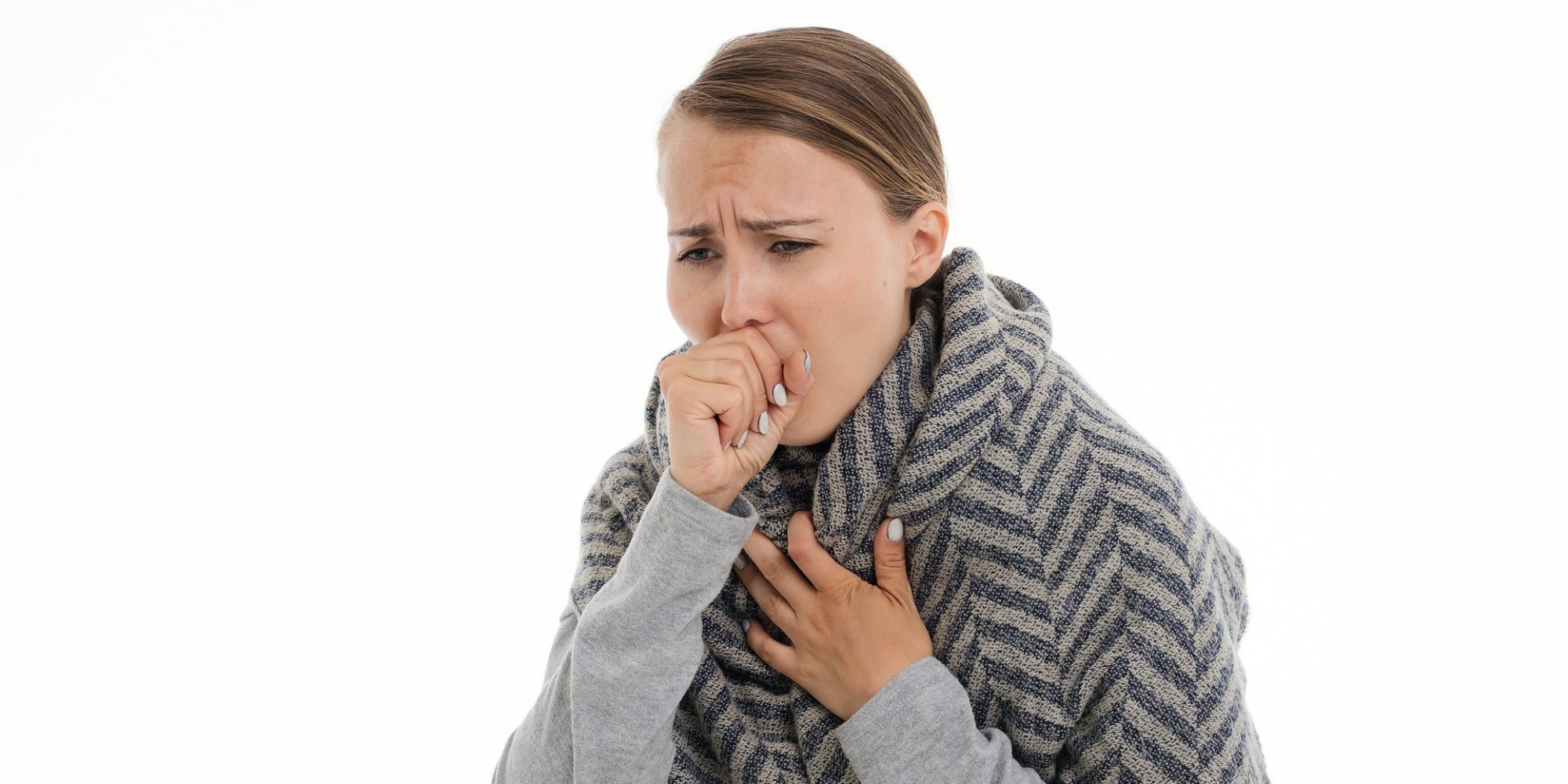 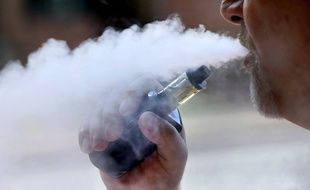