According to a report from the Jixi City Government of Heilongjiang Province, on October 5, Wang XX, a resident of Xingnong Town, Jidong County, and 9 relatives gathered at his home. Eating homemade "sour soup" caused food poisoning and was used to make "sour soup" The ingredients have been frozen in the refrigerator for one year. On October 12, the death toll in the "sour soup" poisoning incide 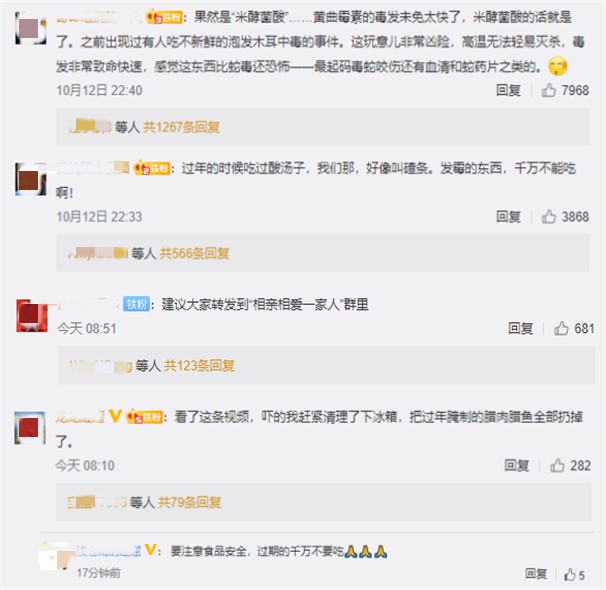 According to a report from the Jixi City Government of Heilongjiang Province, on October 5, Wang XX, a resident of Xingnong Town, Jidong County, and 9 relatives gathered at his home.

and was used to make "sour soup" The ingredients have been frozen in the refrigerator for one year.

What is "sour soup

Suantangzi, also known as soup and glutinous rice, is popular in eastern Liaoning, southeastern Jilin, and eastern Heilongjiang in the northeastern region. It is a thick noodle-like staple food made with corn water mill fermentation.

The taste is more delicate and smooth, made of coarse grains.

Why is it poisoned if you eat it?

According to the latest information released by the Heilongjiang Provincial Health Commission, after the epidemiological investigation of the Jixi food poisoning incident and the CDC sampling and testing, a

high concentration of orychotic acid was detected in the corn flour,

and also in the gastric juice of the patient. initially characterized as

The bacteric acid produced by this bacterium is the main cause of serious food poisoning and death. Its heat resistance is extremely strong. Even if it is boiled in 100 ℃ boiling water or steamed in a pressure cooker, its toxicity cannot be destroyed. It can cause poisoning after eating. , It can cause serious damage to vital organs such as liver, kidney, heart, brain and so on.

Food poisoning of fermented rice and noodles occurs from time to time in Heilongjiang Province. The food has deteriorated due to hot, humid weather and improper storage.

In this regard, many netizens expressed their sigh ↓

Pay attention to preventing food poisoning in autumn and winter↓

Do not eat fermented noodles such as fermented rice noodles and sour soup; change the water frequently when preparing fermented noodles, maintain hygiene, and ensure that the food has no peculiar smell. Once pink, green, yellow-green, black and other colored mold spots are found, It cannot be eaten.

Do not pick and eat wild mushrooms by yourself; purchase edible fungi must go to the regular market; once symptoms of poisoning occur, they should induce vomiting as soon as possible and send them to the hospital for treatment as soon as possible.

To cook the lentils thoroughly and destroy their toxins, blanch them with water until the lentils lose their original green color, firmness and beany taste; when frying the lentils, stir frequently to make them evenly heated, and add proper amount of water after sautéing Stew until cooked and serve.

4. Prevent the spread of norovirus

Keep food and drinking water clean. Wash your hands carefully with soap and water before and after meals. Wash eating utensils in time. Separate raw and cooked foods. Foods must be fully cooked and raw fruits and vegetables must be washed thoroughly.

You should choose to drink wine sold in regular stores as much as possible; self-brewed wine should choose grapes for winemaking, and control the fermentation temperature. The higher the temperature, the longer the immersion time, and the greater the amount of pectinase, the more methanol is produced; the wine should not be for a long time Store and drink as soon as possible after brewing.

Be wary of these foods too!