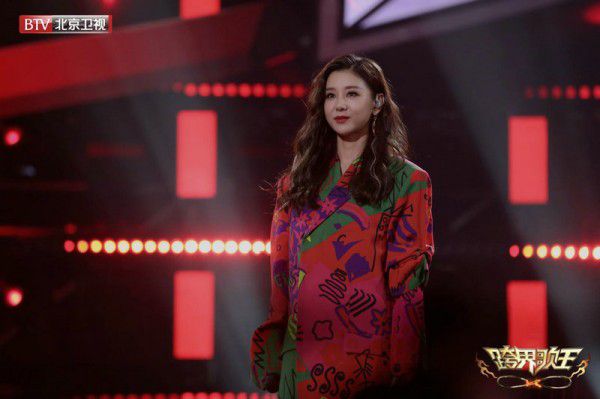 "Crossover Singer" Season 5 Finals, the top four crossovers have used the strongest killer, who will win the ultimate throne

Produced by Beijing Broadcasting and Television Station, it is exclusively named for Sanyuan 72℃ Premium Fresh Milk under Shounong Food Group, and is strategically supported by Baxi, Guchuan, Dahongmen, Wang Zhihe, Yunong, Liubiju, and Yueshengzhai. The fifth season of the large-scale music program "Crossover Singer" will usher in the graduation ceremony of the finals this Thursday. The popular women's group Hard Candy Girls 303 opened with love to help out and played fancy calls throughout. The crossover top four players Zheng Kai, Xiao Shenyang, Yu Yi and Li Xiaomeng will go all out to fight for the ultimate glory of the ultimate throne!

The graduation ceremony of this year’s finals will first start the "two-strong competition". The top four crossovers will compete fiercely through individual battles. The stage performance is based on the scores of music critics and the public comment group. The two with the lower scores The contestants graduated early, and the two crossover singers with the highest scores will become champion candidates. Through the more exciting "Ultimate Throne of Glory Battle", they will compete for the title of this season's "Crossover Singer"!

The peak duel is about to happen. In the end, who will win the battle and successfully claim the ultimate throne?

let us wait and see!

On the night of the birth of the final champion, Zheng Kai and Xiao Shenyang, two powerful crossover singers, have chosen to maximize their unique advantages and show the most lethal tricks to attack the ultimate throne.

From the modern and dynamic "Little Girl Under the Street Lamp" to the magical rap "One Cut Plum", from the affectionate "Fool" to the "My Love" that made everyone cry, Zheng Kai continued to make breakthroughs on the stage of "Crossover Singer" Myself, all the way to go against the wind.

In the finals, Zheng Kai affectionately performed the classic Chinese golden song "Question", bringing the true feelings and charm of "The Prince of Love Songs" to the extreme.

A circular screen full of plum blossoms and pine cypresses is placed on the stage, and projections of male and female dancers are printed on the screen, creating a classical and graceful mood.

At the same time, he narrated the deep emotions and stories in the song. On the basis of interpreting that women are willing to fight the fire for love moths, he added a bit of pity and distress, which made people moved. Zheng This is why Kai likes to mention the title of "Friend of Women"!

How will the public jury and music critics respond to such an infectious stage performance?

Re-recognizing and loving singing on the stage of "Cross-Boundary Singer", Zheng Kai, who has gradually proved himself through his strength, will be able to finally ascend the throne of champions with more battle and courage?

As a frequent guest on the stage of "The King of Cross-Border Songs", Xiao Shenyang was only one step away from the ultimate throne several times.

After experience and precipitation, Xiao Shenyang is no longer completely obsessed with the expression of high pitch skills in this season's program, but injects a lot of real life insights and delicate emotions.

Whether it is the "Yilan Love Story" that interprets the simple emotions of husband and wife, it brings strong emotional resonance to people; or the "Northeast Folk Song" that shows deep homesickness, evokes countless childhood memories with "voices from the bones" , Xiao Shenyang's unique sound charm and vivid stage performances in the show are enough to become a watershed and milestone in his music career.

On the peak night of the finals, Xiao Shenyang once again showed off his high-pitched assassin, and sang Zhang Yusheng's classic song "Duplicity".

The bright spotlight shining in the center of the stage, matched with the light and romantic sitar on the edge of the stage, contrasted with a feeling of loneliness.

Xiao Shenyang sings from the shallow chants in the first half of the song, gradually accumulates emotions and progresses, to the chorus, directly "explodes the warehouse" with the high pitch, stunned.

For this extremely difficult song, Xiao Shenyang gave full play to his treble advantage. Whether it is the ingenious connection of high and low sounds or the conversion of true and false sounds, they have demonstrated strong singing skills and sound control. Music critics praised: "I have heard the best cover version." In the most suitable time, the most suitable song to show his "treble skills", can Xiao Shenyang break the "magic" that passed the champion Curse", as you wish to aspire to the ultimate throne?

Unlike Zheng Kai and Xiao Shenyang, who chose to use the strongest killer tactics, Yu Yi and Li Xiaomeng chose to fully demonstrate their diverse styles on the stage of the finals.

As a well-recognized talented singer, Yu Yi's outstanding performance in several consecutive episodes has made a strong and colorful stroke on the stage of this season's "Crossover Singer".

Whether it’s the warm, sincere, timeless and moving "Give" and "Moheru", or the wonderful opera singing in the musical performance of "Swordsman and Swordsman", they will bring different surprises and touches to the audience. We see Yu Yi's general style.

Wearing an ink-wash shirt, he complements the same ink-and-wash style setting behind him. The sparkling waves on the setting and the falling flowers create an atmosphere of classic and romantic meaning.

Standing on a high platform, Yu Yi sang emotionally. The beginning part of the story tells the story through opera singing, showing his superb singing skills.

The outbursts and roars of the climax showed a free and unrestrained spirit.

Different from the previous affectionate singing, this song combines pop, Chinese style, rock and other elements, and Yu Yi's stage performance is perfect!

Can Yu Yi, who "sings well" on the stage, be unanimously recognized by music critics?

Can he successfully hit the ultimate throne and put a perfect end to this season's "Crossover Singer" tour?

As the champion of the last season of "Crossover Singer", Li Xiaomeng has been constantly breaking and rebuilding himself in this season's show.

Whether it is the shouting and screaming of female power in "Inflammable and Explosive", the gentle and tactfulness in "Exploring the Clear Water", or the calm atmosphere in "Little White Boat", the audience has unlocked different faces of Li Xiaomeng.

In the finals, Li Xiaomeng brought an unprecedented new breakthrough, stunning the audience through a very explosive "Almost Girl", showing his charming, hot and chic contrast.

Li Xiaomeng's first taste of rap on the stage, combined with the rhythmic rhythm, gave people a wild and cool feeling.

As the "giant lung sweetheart" on the crossover stage, Li Xiaomeng's high-bass conversion, vocal and rap connection are all easy to do. The excellent stage performance and explosive rap singing not only "sing stunned" inter-speaker Wang Linkai, but also It is for other players to change into the "atmosphere group" in seconds, so that the audience continues to heat up!

Li Xiaomeng, who has always been obsessed with challenging herself, has shown a full-featured all-around style on the stage of this season's "Crossover Singer". Can she regain the title of champion singer with her strength and breakthrough?

"The Battle of the Peak" is coming. As the outstanding players who have been prominent in this season's "Crossover Singer", the strength of the top four players is hard to compare. What will they bring on the night of the finals? Stage performance?

After a brutal and fierce final fight, which two players will be among the "crossover top two" as champion candidates, and who will succeed in winning the ultimate throne from the crowd?

Not only that, in addition to the exciting competition stage, there is also a wonderful opening of Hard Candy Girl 303, and inter-speaker Wang Linkai's unique hosting of the big show. The night of the championship is full of surprises!

Forge ahead, life is more than that!

In addition to the songs sung by the contestants can be heard on the show, all the songs in "Crossover Singer" will also be released for the first time on digital music such as QQ Music, Kugou Music, Kuwo Music and National K Songs under Tencent Music Entertainment Group Platform, the audience can help the players to call on the above platforms.