The school building is rented and the teachers are short-employed...The difficulties and chaos of this private vocational school

The school buildings are rented, the teachers are short-term hired, and the students are coaxed: the difficulties and chaos of this private vocational school   When Xiao Chen entered a private vocational college in northwestern China with hope, he found that the school building was rented, the students were coaxed, the teachers were changed every three days, and the internship fee was much higher 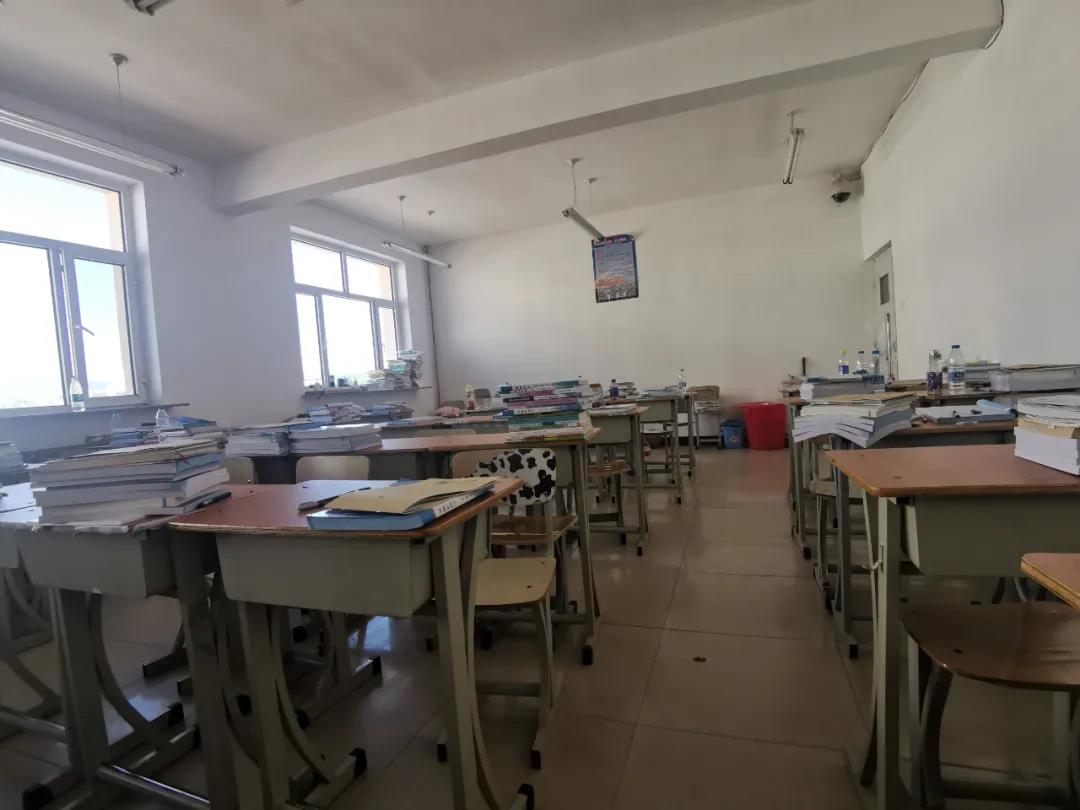 The school buildings are rented, the teachers are short-term hired, and the students are coaxed: the difficulties and chaos of this private vocational school

When Xiao Chen entered a private vocational college in northwestern China with hope, he found that the school building was rented, the students were coaxed, the teachers were changed every three days, and the internship fee was much higher than the asking price of the internship unit... "School became a fool." , Is the common feeling of many students of the college.

And this is not a case, it reflects the difficulties of survival and development chaos that private vocational education generally faces.

The rented classrooms are in poor condition. Photo by Wei Jingyu

Rent a two-story building to run a university, but the dormitory can't charge

A certain vocational college in Northwest is a private college.

Entering the campus, there are dense vegetation on both sides of the straight avenue, and the rockery and fountain in the bushes decorate the school with poetry and beauty.

"I walked into the school along this avenue two years ago, looking forward to the upcoming university life. Later I learned that this avenue, our classrooms, dormitories, and even the entire campus are not owned by our school. Xiao Chen, a junior at the school, said, "In any case, I never thought I would study in a rented school."

Xiao Xu, a student of the school, said: “Classrooms are allocated by lottery. Some classes are out of luck. The assigned classrooms do not have audio-visual equipment. The PPT for class must be borrowed from other classes. Our classrooms are borrowed every week. Go out two or three times."

The power sockets in the classroom are filled with students’ power banks. Photo by Wang Jing

A row of power strips is placed next to the podium in each classroom, which is filled with power banks.

According to students, the school banned the plug-in holes in the dormitory, and they can only take the power bank back to the dormitory after the classroom is fully charged.

"Sometimes the charging place in the classroom is full. You either have to line up or go to the supermarket to charge for it." Since the dormitory has no plug-in hole and no internet, almost no one of the college students here uses a computer.

Xiao Xu said that the school said that the dormitory cannot be charged for fire safety, but such management is too "simple and rude".

Regarding the students’ complaints, the school “gone” that in addition to ensuring safe electricity usage, they also have no right to change the circuit because the rented dormitory cannot be charged.

"We don't have the autonomy to rent someone's house," said the dean of the college.

Renting a school makes the teachers and classmates feel insecure. "It is not possible to move out anytime."

They can only accept all the requirements of the lessor.

"The auditorium stated in the previous contract is shared, but now you have to pay 500 to 1,000 yuan in rent every time you use it." The dean said, what can be done without paying for it.

As a vocational college, according to national regulations, the hours of practical teaching should account for more than 50% of the total hours. However, many majors in this college do not have a training base.

The dean said that they have applied for the construction project of the training base to the higher education department many times, but they have not been approved.

"The higher-level education department said that your school is rented and has invested in a training base. What if you move out one day."

According to the dean, many teachers go to private colleges and universities to teach with the idea of ​​"transition". They are looking for jobs while teaching, and they will resign as soon as they find a better job.

Taking into account the cost of running a school, private colleges and universities often sign contracts with ordinary faculty members once a year, and renew the contracts based on the assessment of faculty members.

The "Standards for the Establishment of Higher Vocational Schools (Interim)" stipulates that higher vocational schools must be equipped with a team of full-time and part-time teachers. Generally, there should be no less than 70 full-time teachers with a university degree or above.

However, the reporter of Banyuetan found that this private vocational college has a total of more than 60 faculty members, of which only more than 30 full-time teachers, far below the national requirements.

In order to solve the problem of lack of teachers, the private vocational college recruited two university graduates last year.

In order to fill the vacancy as soon as possible, the two went directly to the podium without obtaining a teacher qualification certificate.

One year later, one of them was admitted to graduate school a few months after entering the job and resigned and left. The other was still teaching while taking the teacher qualification certificate.

When a teacher suddenly resigns and the school cannot find a substitute teacher for a while, it will arrange a non-professional or even non-teaching teacher to temporarily take over.

Once, the nursing practice class of the nursing department of the school temporarily lacked teachers, and the head teacher who had no teacher qualification certificate and had not engaged in nursing teaching became a substitute teacher.

"The class teacher doesn't even know how to make beds for nursing, but he is giving us nursing lessons." The major student said that she was a supermarket worker before she became the class teacher.

In order to make up for the shortage of teachers, this vocational college hired more than 100 teachers.

The middleman "makes the price difference", and going to school became fooled

University was the best time in life, but Xiao Juan, a junior at the school, felt that her university was full of regrets.

In 2018, looking at the beautiful campus environment in the admissions manual, Xiaojuan and his family thought they had found a university they wanted to fascinate.

But after coming to school in this private vocational college, Xiaojuan found out that she was "cheated"-not only was the school an "empty shell", the campus management was "very weird", but also "wholesome" from the students.

Xiaojuan said that all the flowers and plants in the school are rented, and there is no brick and tile of his own school. Even the rockery fountain in the admissions manual is taken from other schools.

"The conditions in the university are not even as good as a decent high school."

What makes the students a headache is being "slapped" by the school.

In July this year, the school organized Xiaojuan and other 221 nursing students to practice in many hospitals.

The school charged the students with internship fees ranging from RMB 2,100 to RMB 3200 on behalf of the hospital.

A number of students told Banyuetan reporters that in the middle of the night the head teacher suddenly called for the internship fee from the dormitory, saying that he could not go for the internship without paying. Some students had to call their parents to ask for money in the early morning.

The next day, some parents inquired about an internship hospital and found that the hospital only needed 1,500 yuan for the internship fee, and the school charged more than 100,000 yuan in total.

Because the internship fee is not transparent, the private vocational college was punished by the local education authority, and more than 100,000 yuan was refunded.

But the dean felt aggrieved: “Private vocational colleges charge internship fees in this way. Some schools have not even refunded the dormitory fees during the epidemic period when the education department issued a document requesting refunds. Our school has already calculated it.”

Talking about the university, two female students of this school said that they had come to this school to be fooled.

The dean who was invited to work here for two years also expressed a feeling of being fooled: “I was in a public school before, and the first time I came to work in a private school, I didn’t expect it to be such a big mess. I really didn’t want to do it.”

Many educators said that the pain of the development of private schools is the "helplessness" caused by the lack of their own capacity, and the "reliance and fear" caused by the inadequate supervision and management, which urgently require the state to regulate and support.

Half a month on reporters: Wei Jingyu and Wang Jing 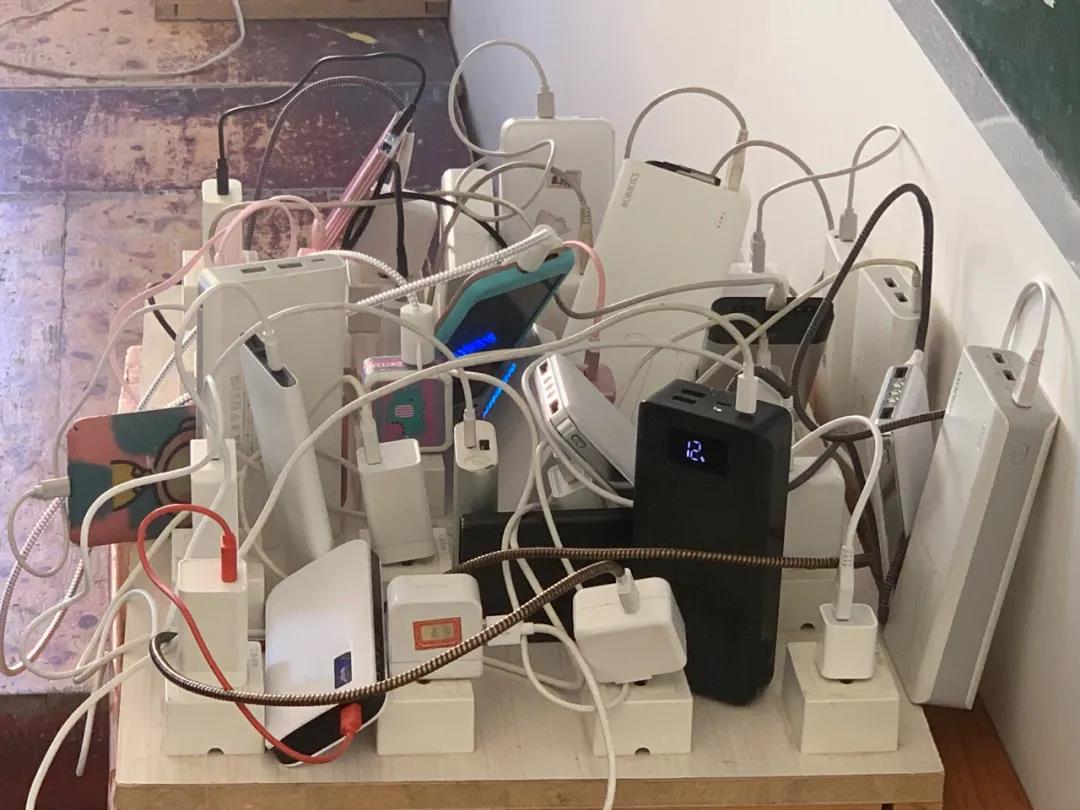 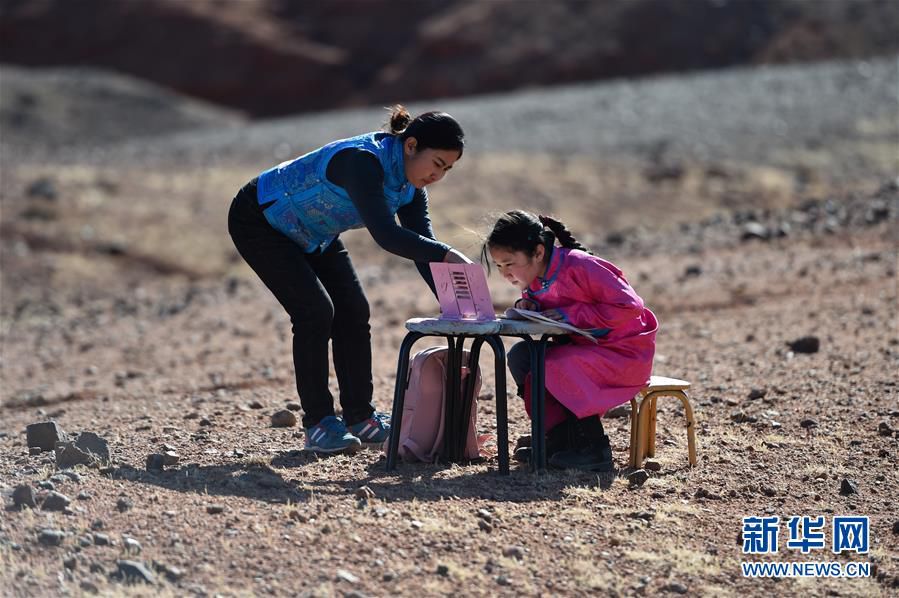 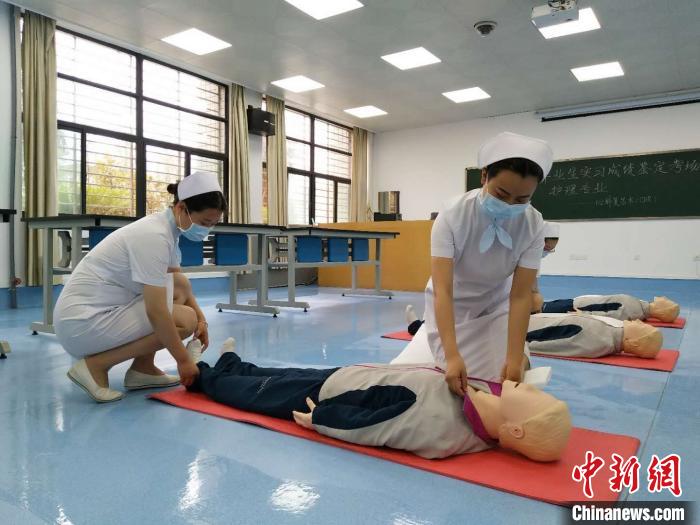 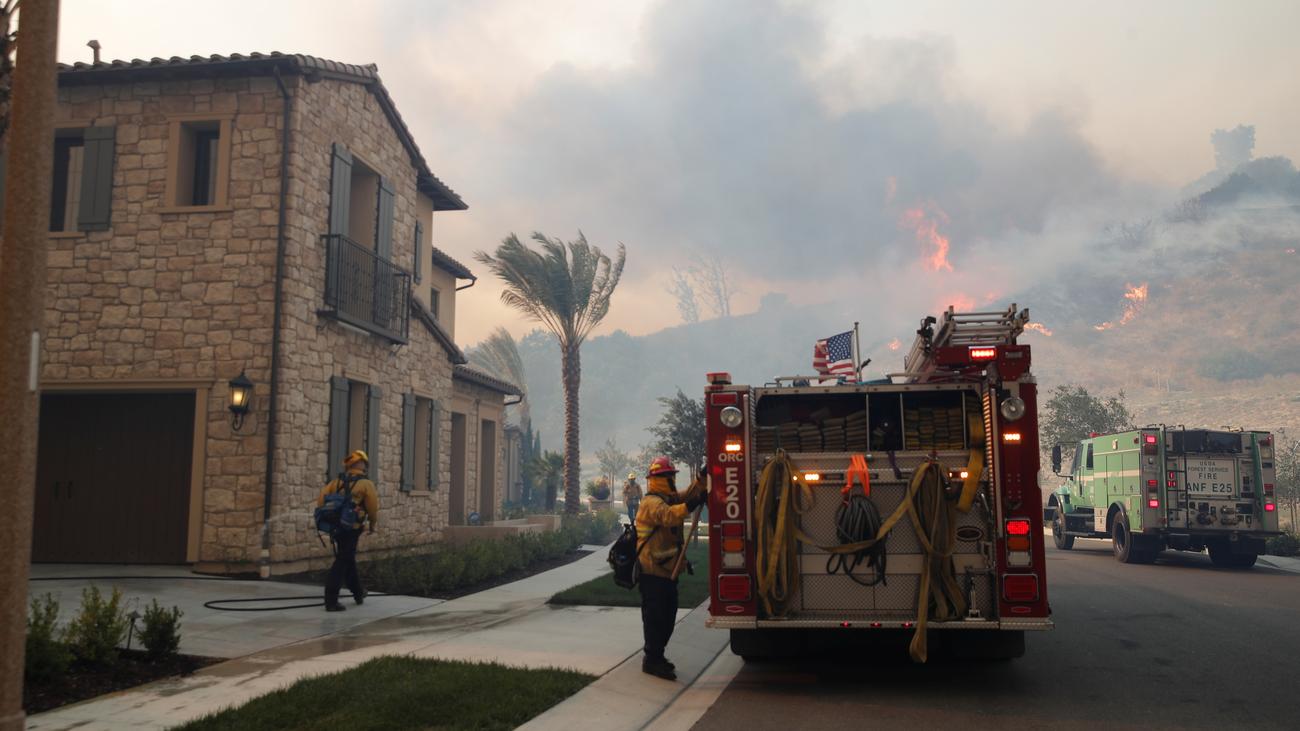 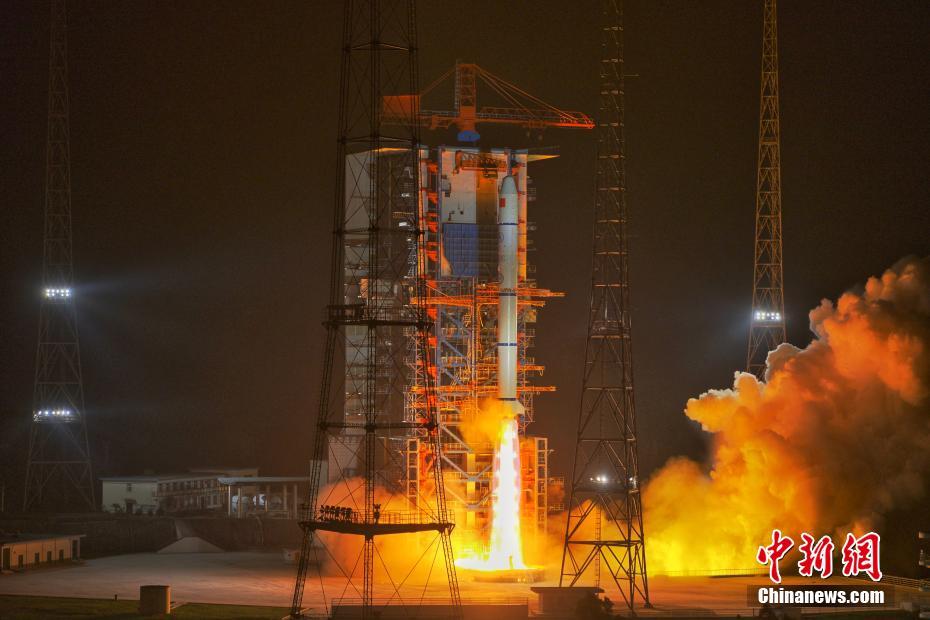