Housing prices are still rising! The deed tax law has been used for real estate speculation, and many places have begun to crack down

Chinanews client, Beijing, August 14 (Peng Jingru) As the property market continues to pick up, the central government has repeatedly emphasized "no speculation in housing and housing" over the past month, and many places have successively introduced tightening policies for the property market. How effective is it?   On August 14, the July 70 city housing price data released by the National Bur... 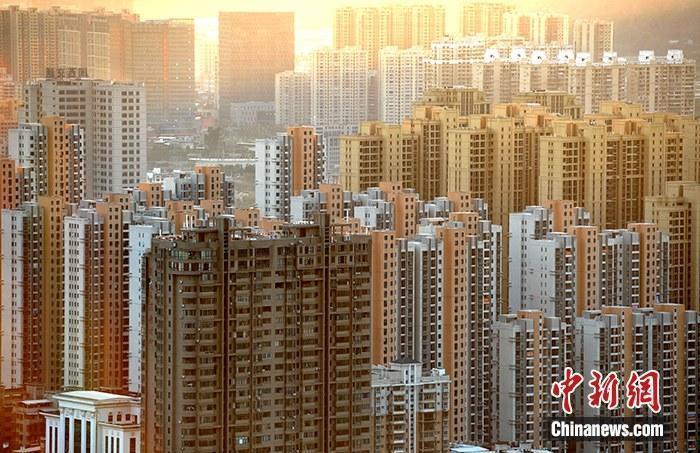 Chinanews client, Beijing, August 14 (Peng Jingru) As the property market continues to pick up, the central government has repeatedly emphasized "no speculation in housing and housing" over the past month, and many places have successively introduced tightening policies for the property market. How effective is it?

On August 14, the July 70 city housing price data released by the National Bureau of Statistics handed in the answer sheet. "The real estate market prices in 70 large and medium-sized cities were generally stable, and the sales price of commercial residential buildings fell back from the previous month."

"The sales price of newly-built commercial housing and second-hand housing in all tiers of cities has fallen or the same as last month." Kong Peng, chief statistician of the City Department of the National Bureau of Statistics, concluded.

Xu Xiaole, chief market analyst at the Shell Research Institute, believes that the narrowing of price increases is due to the release of demand for home purchases from June to July entering a period of decline. With the decline in transactions, the average price increase momentum has gradually lost. On the other hand, the central government reiterated that "housing and housing should not be speculated." In July, many regulatory measures were increased, and market expectations have fallen and housing prices have narrowed.

The sales price index of newly built commercial residential buildings in 70 large and medium-sized cities in July 2020. Screenshot from the official website of the National Bureau of Statistics

According to data from the Shell Research Institute, in June and July, the total real-time transaction volume of second-hand housing in 18 key cities fell by about 15% from the peak in May. In July 18 cities, the proportion of owners’ price increases in 10 cities fell. The price increase accounts for less than 20%.

According to analysis by Zhang Dawei, chief analyst of Centaline Real Estate, housing prices in most cities are still rising, but the rate of increase has narrowed significantly compared to June. On the whole, the current housing prices are still at a high level, but the trend has obviously risen and fallen.

It is worth noting that Yinchuan became the city with the fastest house price increase in July. From a month-on-month comparison, Yinchuan's new house housing prices have risen first in the country for three consecutive months. In terms of year-on-year growth, the price of new houses in Yinchuan has risen first in the country for two consecutive months.

"The upward pace of the Yinchuan property market is slower than that of the whole country, and also slower than that of neighboring cities such as Xi'an and Lanzhou. The current potential for housing demand is actively released, which objectively makes prices easy to rebound." Yan Yuejin, research director of the Think Tank Center of E-House Research Institute, believes that in the eastern hot spots When urban housing prices are under control, some non-core second-tier cities also need to actively control housing prices.

According to a report from the Zhuge Housing Search Data Research Center, in July, the top ten cities in the new home index ranking were: Yinchuan, Xuzhou, Tangshan, Wuxi, Jinzhou, Jining, Dandong, Huizhou, Chengdu, Xi'an; second-hand housing index In the ranking of rising cities, Guangzhou, Hangzhou and Shenzhen are among the top three.

Recently, one month after Ningbo tightened the regulation of the property market, Ningbo once again attacked the chaos in the property market. On August 10, the Ningbo Municipal Housing and Urban-rural Development Bureau announced that it will carry out a three-month special rectification of the real estate market from now on to promote the stable and healthy development of the real estate market.

“Recently, Sanya and other cities have actively implemented real estate order management and control, which is helpful to the stability of housing prices, but housing prices are indeed easy to rebound.” Yan Yuejin said that at this time, it is necessary to stabilize the transaction order. For example, after the recent deed tax law was released, various policies were misunderstood. There are many situations, and the phenomenon of housing speculation has appeared in some places. This is the content of the property market regulation and control.

"From the perspective of specific cities, after the rapid tightening of urban policies in Shenzhen, Ningbo and other cities that overheated the housing market, the increase in housing prices has significantly narrowed. However, the market in Tangshan, Yinchuan and other cities is still hot, and the increase in housing prices remains high, which may become the focus of the next step. "Said Zhao Jinxin, a macro analyst at Minbank Think Tank.

Xu Xiaole predicts that in August, housing prices in key cities will have a high probability of narrowing or even falling slightly as market transactions and expected further declines. (Finish)

Business 2021-04-01T05:41:52.105Z
Violations have "multiple occurrences" Sanya launches special rectification of real estate market
Life/Entertain 2021-04-03T08:47:52.984Z
Guangzhou property market regulation new policy: buy a house with the talent policy, and the sales restriction period will be extended to 3 years
Life/Entertain 2021-01-29T00:42:45.517Z
Netizens suggested that Hefei cancel the qualifications for small-unit admission, the official response
ADS
Business 2021-03-03T03:06:16.243Z
Hangzhou: Strictly prevent the illegal flow of business loans and consumer loans into the real estate market
Business 2021-04-09T10:55:22.698Z
The Ministry of Housing and Urban-Rural Development interviewed the five cities behind: Dongguan Nantong was included in the monitoring list
Business 2021-03-22T21:12:06.001Z
"Fourteenth Five-Year Plan" re-promotion of housing and housing will not speculate in the next 5 years, the property market regulation will change
Life/Entertain 2021-01-27T09:12:28.319Z
What will happen to housing prices after the introduction of control policies in 5 places within 7 days?
Life/Entertain 2021-01-22T11:33:36.251Z
Shanghai upgrades property market regulation! Because of the demolition of households, foreign students buying a house too harsh?
News/Politics 2021-01-06T22:49:08.555Z
How far is the real estate tax in Shanghai and Chongqing for the 10-year trial?