[NHK] Last year, a memorial monument was installed on the scene to tell the lessons of the accident after an accident where an elderly driver's car ran away in Tokyo Ikebukuro and a mother and a young daughter died.

Last year, a memorial monument was installed at the scene to tell the lessons of the accident after an accident where an elderly driver's car ran away in Ikebukuro, Tokyo, killing a mother and her young daughter.

Last April, a car ran out of control in Ikebukuro, Toshima-ku, Tokyo, and pedestrians were hit one after another. Mana Matsunaga (31) and his eldest daughter Riko (3) who were riding a bicycle died and drove a car. Kozo Iizuka (89), who was an executive of the former Ministry of International Trade and Industry, has been prosecuted at home for the cause of fatal injury due to negligent driving.

Following the accident, Toshima Ward installed a memorial service in a park near the site, and the unveiling ceremony was held on the 11th. A sphere on a stone pedestal, about 1 m 60 cm in height, shows a bud for the future aiming for zero traffic accidents.

At the unveiling ceremony, Mayor Takao of Toshima Ward said, "We pray for the lives of the two dead and want to eradicate traffic accidents and create a safe and secure society."

Mana-san's husband Takuya Matsunaga (33) also attended the ceremony, saying, “Anyone can be a victim or an assailant of a traffic accident. Don't let anyone have the same feeling.” Appealed.

It is said that the cost of setting up the memorial monument was covered by donations of over 10 million yen sent from all over the country.

After the ceremony, Mr. Matsunaga said, "I want people who see this monument to have the feeling that they will have a society free of traffic accidents."

Life/Entertain 2020-06-10T03:06:25.539Z
A woman suffering from a runaway accident and re-arrested on suspicion of using stimulants Tokyo 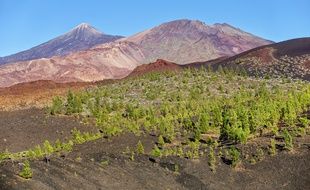