Tourism within our borders marks the holidays of 90% of Spaniards, according to the National Statistics Institute (INE). The battle to capture those nation travelers 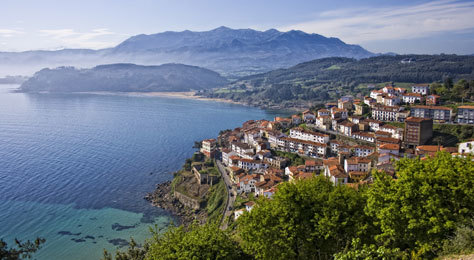 Tourism within our borders marks the holidays of 90% of Spaniards, according to the National Statistics Institute (INE). The battle to attract these national travelers has caused some communities to experience an increase in discounts for summer plans. The holiday low cost are the most demanded product and is an option that are exploiting regions such as Asturias, Murcia and Galicia , the autonomous communities where it is cheaper to travel this season.

In them, the average price of a package per night does not exceed 100 euros per couple , according to data from Weekendesk.es, a portal specialized in themed getaways . Asturias is the region that, in addition to being among the favorites for July and August, leads the ranking of the cheapest destinations with packages that have an average price of about 88 euros per night , 7% less than last year.

Ávila and Almería, the cheapest provinces

The Asturian town of Llastres.SHUTTERSTOCK

Regarding the provinces, those that lead the list are Ávila and Almería, which join the economic holidays offering plans with an average cost of less than 90 euros per night per couple.

As for the most savers , the Cantabrians, Galicians, Murcians and Basques are those who prefer to look for cheaper plans, with an average of 200 euros of spending for their getaways. Madrid, Castilian-La Mancha and Castilian-Leonenses are willing to pay more , around 300 euros on average.

The tendency to book vacations with included experiences is among the preferences of the Spanish, especially in these times when tourists want to have everything planned before embarking on the trip and thus avoid improvising.

Historical center of the city of Murcia.MURCIA TOURISM

The packages with accommodation and gastronomic plan ( romantic dinners , half board, full board, multi-course meals, tasting of typical proposals ...) are the cheapest option with an average price of 113 euros per night, per couple. In addition, culinary proposals are the most demanded, accounting for 32% of the reserves. This is largely due to the difference between short breaks without service and packages with experience, which in the case of gourmet is only 23 euros.

The wellness and well-being plans are also other of the trips that Spaniards most yearn for this summer (they account for 12% of bookings ). In addition, they represent one of the cheapest alternatives: 120 euros per night for two people.

Summer Will foreign tourists come to Spain for their holidays this year?

SpainRise the price of beach apartment rentals this summer: an x-ray of the most expensive and cheapest destinations