Warm up! The price of local auctions in first-tier cities rose 220% in 2 months. Will house prices rise?

At the beginning of the outbreak of the New Coronary Pneumonia epidemic, the domestic land auction market once stopped shooting on a large scale due to the shutdown of housing companies. However, with the gradual progress of the resumption of production and production, Xiaoyangchun began to appear in March, and then continued to heat up rapidly.   Wind data shows that the average floor price of...

At the beginning of the outbreak of the New Coronary Pneumonia epidemic, the domestic land auction market once stopped shooting on a large scale due to the shutdown of housing companies. However, with the gradual progress of the resumption of production and production, Xiaoyangchun began to appear in March, and then continued to heat up rapidly.

Wind data shows that the average floor price of land sold in 100 large and medium-sized cities in March was still around 2227.64 yuan/square meter, and in May it quickly rose to 4227 yuan/square meter, setting a new high since statistics. The land price in the first-tier cities jumped from 3,993 yuan/square meter in March to 12,905 yuan/square meter in May, which increased by about 223.2% in two months. Entering May and June, the prices of tens of billions of local auctions have become commonplace. The cities of Hangzhou, Nanjing, Xiamen, Fuzhou, Dongguan, and Chengdu have frequently emerged.

What drives land prices to hit new highs? Will land prices continue to rise in the future? In this regard, a reporter from China Economic Weekly interviewed Gu Yunchang, chairman of the National Association of Real Estate Chambers of Commerce.

Under the epidemic, why do real estate companies' enthusiasm for land acquisition suddenly increase?

Gu Yunchang believes that there are three determinants of what drives land prices to a new high and whether land prices will continue to rise in the future:

The first is the industry cycle. For example, the land auction market in 2016 was not very prosperous, and the overall year showed a downward trend; and in 2017 and 2018, it resumed its activity again. In 2019, the volume of land transactions fell again, and then began to improve in 2020 until the small climax in May and June. Generally speaking, it is a small cycle of three years, and this rule is visible.

The second is the contradiction between supply and demand. In fact, in the case of an epidemic, the local finances are relatively tight. Therefore, the local government may have multiple considerations regarding the number of land listings and price guidance.

The third is that the real estate company's enthusiasm for land acquisition depends on its ability to take land, that is, whether the company has capital. In the past period, the overall macro-policy background was relatively loose, and the funds were relatively abundant. Although the funds released by the central bank did not enter the real estate market in policy, there will still be various channels to allow funds to flow in, leading to some housing The capital of enterprises can be replenished, which improves their ability to obtain land. For some companies, especially those lacking projects and projects, "using Dongfeng to grab land" has become a logical necessity, otherwise it will threaten the survival of the enterprise. But in general this phenomenon will not be very persistent.

The floor transaction price hits a record high, is it more expensive for ordinary people to buy a house?

Public opinion often uses "flour price" and "bread price" to compare the relationship between land prices and housing prices. The transaction price of land has reached a new high. Will it be transmitted to house prices in the future, which will make the price of flour drive the price of bread?

In this regard, Gu Yunchang said that the real estate market is actually two markets, one is the land market and the other is the property market. From the point of view of sales of houses and land, the fastest recovery is in land sales, but the housing market is still in negative growth. So far, the sales area of ​​the property market has dropped by more than a dozen percentage points, and the total sales have also dropped by about 10%. According to data released by the National Bureau of Statistics, from January to May, the national average land price rose by 16.5% year-on-year, while the national average sales price of commercial housing rose by 1.9% year-on-year.

Gu Yunchang further analyzed that, after deducting inflation, house price growth has been extremely limited in recent years. From the perspective of expectations, it is still a high probability event that housing sales expectations continue to decline in 2020. I am afraid that it is difficult to exceed the sales area last year, and the fatigue on the demand side will continue.

On the other hand, the housing sales market is tiered, and traditionally developers sell to the public as a secondary market. China's policy is limited to purchase and price limit, so there is an obstacle to the rise of land prices to house prices, not to mention the consumption capacity of ordinary people, so the rise in land prices does not necessarily cause the rise in house prices, or we can see the actual The situation is that house prices have risen far less than land prices.

The sale and purchase of houses among ordinary people is called a tertiary market. The rise and fall of house prices in this level of market have nothing to do with land prices. It is the price determined by the buyer and the seller. Therefore, Gu Yunchang believes that there is no need to worry too much about whether the soaring land prices will trigger a surge in housing prices.

Real estate companies are clearly differentiated by taking premium land, are they "digging pits" for themselves?

Realization of the profits of housing companies depends on sales, which in turn determines the ability and enthusiasm of housing companies to acquire land, which ultimately affects land prices. This is one of the most basic cycles in the real estate market. Undoubtedly, the high price for developers to take land means the increase in operating costs, and subsequent failure to rely on strong sales to digest and pass on this part of the cost, it means that housing companies can only swallow the hardships.

In this regard, Gu Yunchang said that the impact of the shutdown and production may continue for a long time, the most obvious impact is the purchasing power of ordinary people. Under this background, it is difficult for real estate companies to sell their houses. Without profits, there is naturally no way to obtain land with a stronger ability. There will always be a group of companies that will fall in the loop. This is an inevitable result.

"And the current real estate companies are generally more difficult to operate. For example, a strong company such as Sunac, the current drastic style has become cautious, and even we learned that some projects recently acquired by Sunac have encountered payment. Difficulties, which proves that the company's capital flow is not ample." Gu Yunchang said.

According to his analysis, so there are two types of companies in this context. The first type is that the company has operated well and the company has sufficient funds. Such companies make even better projects for normal development and get land at a certain premium. It is normal to take land at a high premium. The second category is forced helplessness. Even if the company is under pressure, it has to get land and grab land. Otherwise, the company will not be able to survive if it cannot do a good project or even without a project.

He pointed out that in this way, the company will undoubtedly take a very large risk, and unfortunately, the current second-class housing companies in our country are the vast majority. Therefore, the response of housing companies to the impact of this epidemic is nothing more than a word-carrying, whether it is radical or conservative, is to carry. However, strictly speaking, the current real estate industry has accumulated greater risks. We should be able to see that after the epidemic, a considerable number of housing companies will fall due to improper strategies. 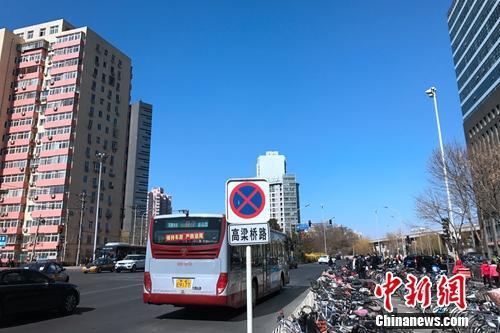 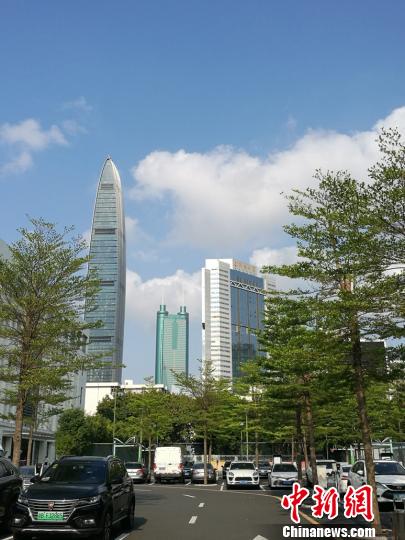 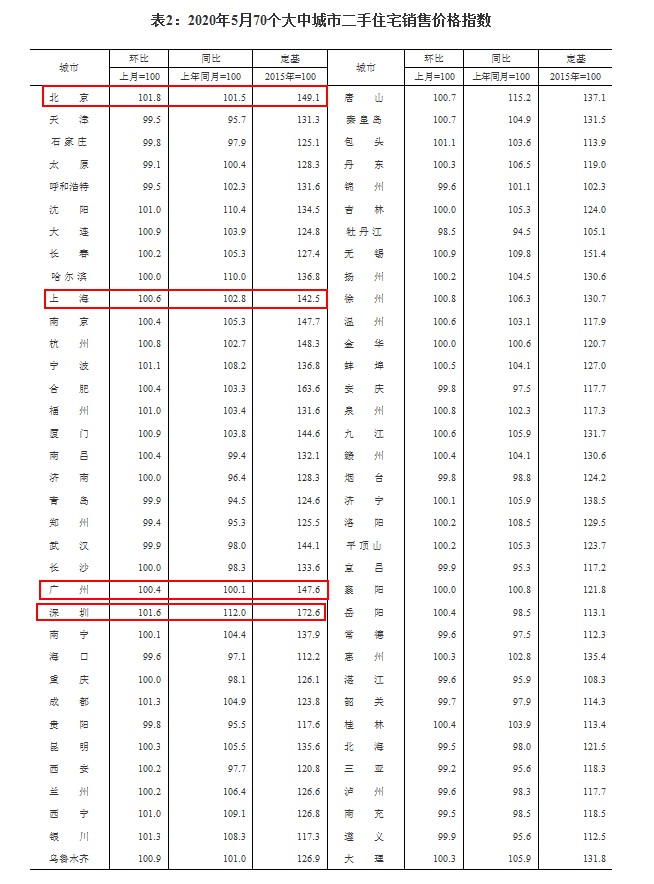 Life/Entertain 2020-08-09T11:22:54.779Z
The Hong Kong Social Welfare Department is preparing to start the second round of inspections for staff in residential institutions in the next few days 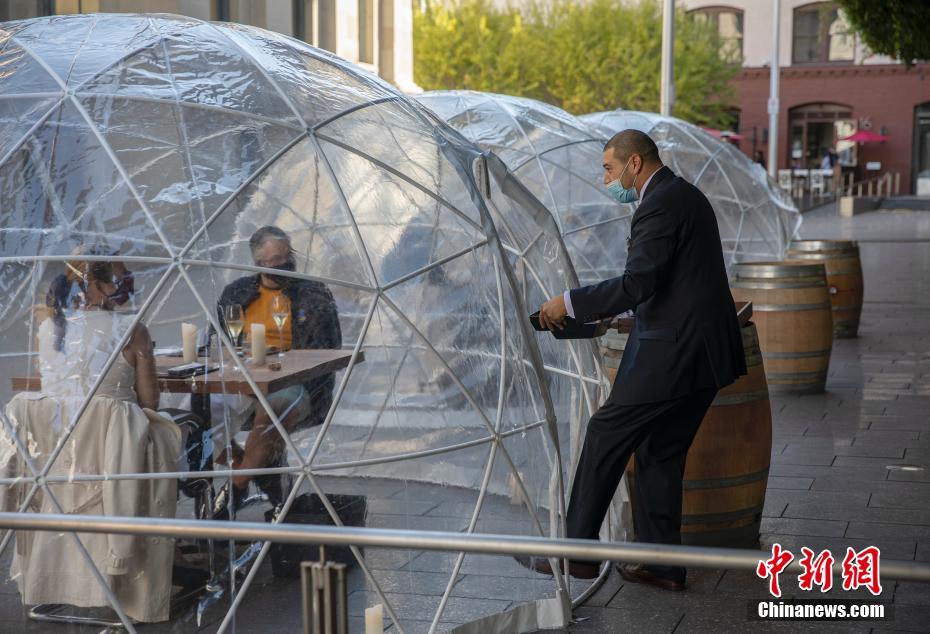