This is the rural capital of Spain in 2020

The name of the rural capital of Spain in 2020 is already known: Potes, the beautiful Cantabrian town located in the center of the Liébana region. Initially, it competed with 205 cand 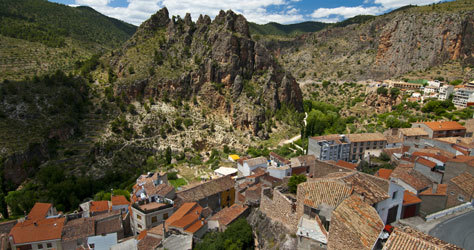 The name of the rural capital of Spain in 2020 is already known: Potes, the beautiful Cantabrian town located in the center of the Liébana region . Initially, it competed with 205 candidates from all over the country who wanted to win the title. Of that number, after a selection through online voting, 10 locations were finalists. These were: Guadalupe (Cáceres), Rascafría (Madrid), Colombres (Asturias), Santo Domingo de Silos (Burgos), Artenara (Gran Canaria), Cazalla de la Sierra (Seville), Ayna (Albacete), Leitza (Navarra) and The Rasillo de Cameros (La Rioja).

Potes has been the winner with 24,499 votes out of a total of 94,545, 26% of those cast in the contest carried out by the travel portal Rural Getaway . Last year, however, the number of participants was 48,836 Internet users, which has doubled this year. The contest seeks to give visibility to the municipalities that are committed to rural tourism by creating a network of contacts to share experiences and concerns and make the finalist town a reference destination for rural tourism.

Artenara, the second locality in number of votes SHUTTERSTOCK

The award was born four years ago, when Sigüenza was the winner , in Guadalajara. Then followed by Aínsa-Sobrarbe (Huesca) in 2018 and Santillana del Mar (Cantabria) in 2019. Now Potes arrives, characterized by the spectacular landscape that surrounds it as it stands at the confluence of the four valleys of the Cantabrian region of Liébana. It is known as the town of bridges and towers, among which the Infantado (today, the venue for exhibitions) and Orejón de la Lama, both from the 16th century, stand out.

The urban network of alleys and big houses and the excellent gastronomy with the lebaniego stew, the typical chickpeas of the area, the jerky or meat and the cabbage and stuffing are more than enough attractions to visit the new Capital of Rural Tourism 2020. Thanks to all This has been the most, since last May 26 and until June 28, they have been exposed to the verdict of Internet users who voted this month on a site enabled on the Rural Getaway website.

The second place has been for the town of Artenara, in Gran Canaria, with 13,615 votes. The result obtained from the 10 finalists who applied for the award, according to votes and percentages, was as follows:

The high participation of Internet users, which doubles that of the edition of the contest last year, is also due to the collaboration of 10 travel bloggers who have served as ambassadors for the 10 finalist municipalities. Through their respective blogs and social network accounts, they have narrated their experience in each town, showing the most attractive side of each place and attracting more votes to make their municipality the Capital of Rural Tourism 2020.

Guadalupe, another of the finalist towns.

After the declaration of the state of alarm and the consequent drop in activity with the closure of establishments , rural tourism is positioned as one of the favorites to enjoy this summer vacation with occupancy data very close to those achieved before the health crisis. , and the award recently released by Potes is yet another reason to visit the town and discover its charms.

"We are very satisfied with the success of the initiative due to the great participation achieved this year. Internet users have turned to it and the 10 finalist municipalities have also been fully involved to get the award and win a title that makes them a benchmark in the sector rural in our country ", explains Ana Alonso, director of Communication and Institutional Relations of EscapadaRural.com.

Equally satisfied is the town mayor of the recently released title Javier Gómez, who first of all wants to show his gratitude to "all the people who have supported Potes' candidacy for providing us with this valuable showcase to show us the world, even more so in the such complicated times that we are living. " In this sense, he is proud that Potes bears "this distinction and will make every effort to meet the expectations of all those who decide to visit us," he concludes.

Tourism Spain, the country with the most hotel reservations for summer in the world

SpainRise the price of beach apartment rentals this summer: an x-ray of the most expensive and cheapest destinations