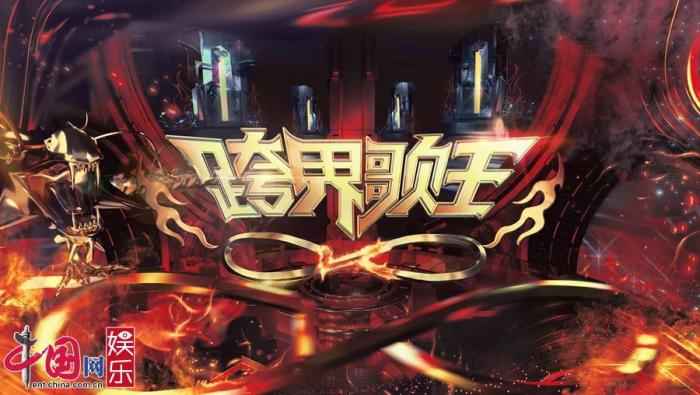 China Internet Entertainment July 3rd The fifth season of Beijing Satellite TV's large-scale music program "Crossover Song King" will start to sing this Saturday. Song Kings of the past seasons-Wang Kai, Qin Hailu, Xiao Shenyang and Li Xiaomeng will converge at the peak and will start a high-fuel cross-border confrontation with the fierce cross-border challengers-Zheng Kai, Zhong Chuxi, Tan Jianci and Niu Junfeng! The talents are all made into steel, and cross-border people reshape their new life! On the newly upgraded cross-border stage, how will the starters Wang Kai and Li Xiaomeng rebirth and show the strength of the strong? How will the uncrowned song kings Qin Hailu and Xiao Shenyang break through themselves and challenge the limits? What kind of stunts will the four cross-border "Meng Xin" fight for the "throne"? The courage to cross and the duel of the strong will be presented one by one in this program, and the wonderful ones should not be missed!

The four kings gathered together and stood up

The starters Wang Kai, Qin Hailu, Xiao Shenyang, and Li Xiaomeng sang a chorus of explosive songs. The four kings gathered to return to the stage. Facing the fierce challenger, the song kings were full of respect and anticipation. Wang Kai's sentence "Who's afraid of" shows the style of the king. Qin Hailu generously expressed that "Welcome everyone to sit on the throne" is domineering. Little Shenyang bluntly said "I'm not afraid of anything anyway". Fearless, Li Xiaomeng hopes that "I must be convinced." oral"!

After the opening show of the audience, the newly upgraded system made the audience's expectation value soar. This show will be divided into two rounds of qualifiers and thrones. The challengers who won in the qualifiers will directly perform a 1V1 brutal matchup with the King of Songs! If the King of Songs fails, he will directly fall to the throne! The newcomer challenger who is facing failure will take a real "cold bench". The direct battle of the King of Songs and the challenger, the double test of courage and ability, is tantamount to setting up a railing in front of all cross-border singers. For the first time facing such a fierce competition on the cross-border stage, the singers are full of courage and determination, facing the unknown and moving forward! Can the King of Songs continue to defend the honor? How will the cross-border "Mengxin" move? Let us look forward to it together!

The aftermath is coming

In the first qualifying match, Zhong Chuxi Tan Jianji sang hotly, danced intimately, and the charm of "lipstick killing" was all over the audience! Through the stage of this season's "Crossover Song King", the two people who cooperated for the second time have a deeper understanding of each other. Zhong Chuxi bluntly felt that in this cooperation, Tan Jianji and the usual "foreign" fan children are in great contrast, but I am also very grateful that his serious teaching gave him confidence. I don't know what kind of sparks this pair of handsome men and women will eventually hit? The fierce "Hou wave" will start at the start, so can the song king withstand such a big pressure?

Not only that, in the battle for the throne, Zhong Chuxi also debuted in a red and black costume. The carefully prepared Cantonese songs were full of momentum. She danced and danced on the stage. The aura was full and she brought Queen Fan. Unexpectedly, this is actually the second time Zhong Chuxi has officially sung on the stage, really a "newcomer" among newcomers! I wonder if Zhong Chuxi, who lacks stage experience, can successfully shake the king of the song? Tan Jianji, who is also a cross-border newcomer, broke himself in the stage performance for the throne, abandoned his previous identity and re-started, prepared a dynamic track that is completely different from his temperament, and sings with great strength and splendid performance. The performance made the stage atmosphere extremely high, and some critics called him the "first person to sing and dance" on the cross-border stage. When the little prince Tan Jianji came to the crossover stage, how would he show the audience a burst of performance?

Rebirth of the sword

This is Zheng Kai's first appearance on the stage after marriage. In the qualifying game, Zheng Kai confessed to his wife Miao Miao with a touching love song. The affectionate singing is full of love, and the picture is filled with the happiness and sweetness of the newly married. In addition, Zheng Kai also publicly responded to the topic of marriage for the first time. He bluntly owed Miao Miao a lot, so he wanted to give this song to his wife to express his love, but he couldn't catch a show of love. What is the unknown story between Zheng Kai and his newly-wed wife?

Break the routine and reshape the new life

After the cross-border newcomers have shown good stage strength, the singers who took the challenge also took turns. Wang Kai, who appeared on the stage in a color-matching suit, accidentally chose a simple Wuhan folk ballad. The simple lyrics and moving tunes are different from the previous gorgeous performances, but they hit the audience's heart. Wang Kai, who is from Wuhan, said that after the epidemic, this song made him feel deeply. Once again, he hopes to bring some meaningful songs to the audience. The heartfelt speech makes the audience moving! The new cross-border style experiment also makes Wang Kai look like a butterfly breaking the cocoon, blooming a gorgeous glory different from the past!

Qin Hailu played a classic Cantonese song emotionally for the audience as the uncrowned song king in this round of challenge. The infectious voice set off a wave of memory killing on the scene. In addition, Qin Hailu also revealed that it has a lot of connections with the song, and it is "helpless" to choose to perform the song on the stage. In the year of not confusing, she understood the meaning behind the lyrics, as if she had the courage to cross everything, and Qin Hailu, who tried to break through her comfort zone, did not know what other cross-border stories would it bring?

And another singer Li Xiaomeng chose an inspirational song as the repertoire. She re-entered the cross-border stage and said that she wanted to escape from her comfort zone and came to this stage to be fully prepared to face it! At the same time, I also want to express my love for cross-border through this song, and send blessings to everyone who needs to cross the difficult moment. What kind of surprise performance will she bring when she plays solo?

The four kings gathered in the war to rekindle, and the newcomers went into battle to fight! Faced with an unknown future, the King of Songs and the challengers used the courage and redoubled efforts to get ahead! Brave to cross, the king is born fearless! Keep moving forward, life is more than that! Tomorrow evening 20:30 Beijing Satellite TV "Cross-Border Song King" fifth season, the opening is burning! The first battle is the final battle! Stay tuned!