Statue of Swedish slave trader under magnifying glass in Norrköping

In several parts of the world, statues have now been chosen by former slave owners, as part of the demonstrations following the death of African American George Floyd. Sweden is no exception. In Norrköping, the statue is now being discussed by the merchant Louis de Geer. - He was involved in the same slave trade as Edward Colston, the statue they threw in the river in Bristol, says Associate Professor Magnus Rodell. 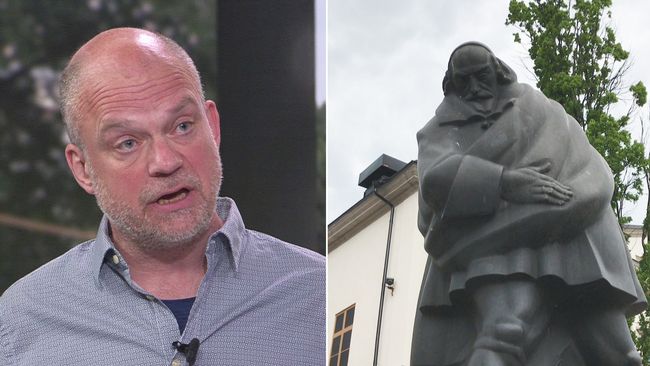 Louis de Geer was a Dutch industrialist and merchant who lived in Norrköping during the 17th century. He is usually regarded as the one who founded the textile industry linked to the city. His statue, designed by Carl Milles, stands on the Old Market Square in Norrköping since 1945.

- The statue is partly about the fact that Norrköping wants to manifest its industrial greatness, the textile industry goes too full when it is erected. But maybe also show that here Norrköping plays a role also in a national perspective, says Magnus Rodell, an associate professor of idea history at Södertörn University and has researched monument culture and statue inauguration as a national formation project.

But Louis de Geer also recognized Swedish slave trade in West Africa through the company African Company, during the period when Queen Kristina founded the Swedish colony of Cabo Corso in present-day Ghana. Something that was recently updated when the artist Carl Johan de Geer, a relative of Louis de Geer, made up his sordid family history in the exhibition The Family and Slaves at the Norrköping Art Museum in 2018.

The statue has since been the subject of debate, as have statues of scientist Carl von Linné.

How to understand the will to topple statues?

- It's about a real frustration that gets a projection surface in different statues. In connection with social upheavals, it is historically very common to attack the material symbols of the current order, says Magnus Rodell.

He can understand the reluctance of the statues, but thinks it would be better to supplement them instead.

- If you look at history from the foundations of civilization onwards, it is filled with abuse, trauma and horrors. They do not disappear because you remove statues.

- Put in a plaque instead of stating that "here we have the man who founded the Swedish slave trade together with Queen Kristina". Then you can learn something, namely that Sweden was also a country that wanted colonies. It is a story that needs to be told, says Magnus Rodell.

See Magnus Rodell in Aktuellt from 15/6 about the statue protests in the clip above.