The launch of Overseas La 1ère had been postponed because of the coronavirus. The digital platform is now accessible to all 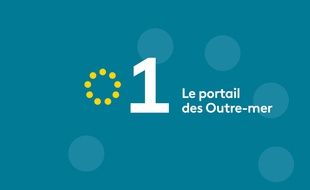 Overseas The 1st, let's go! The digital portal dedicated to Overseas is launched from this Wednesday, June 3, announced France Televisions. This website notably makes it possible to compensate for the possible closure of the overseas chain France Ô, planned for this summer. This new digital platform, which was to be installed at the end of March, had its implementation postponed due to the Covid-19 crisis. Mainly focused on information, it will offer content hitherto dispersed on the various branches of the group, relying in particular on the network of channels and radios La 1ère (ex-RFO), the overseas branch of France Televisions.

It will be built around a news feed, taking the form of a permanent "contributory and interactive" direct, because the public will be able to send images, testify, react or ask questions ... In addition, files and subjects multiformats, or documentaries, podcasts and radio shows, fictions and video shows…

Overseas the 1st will be "a real window on all the Overseas", argued the president of France Televisions, Delphine Ernotte, quoted in a press kit. The portal will also ensure “territorial continuity”, and is aimed in particular at overseas audiences as well as “all the diasporas who want to keep a link with their territory of origin”, explained for her part the director of Sylvie Gengoul's overseas department, in an interview with the Journal de la Île de la Réunion .

The fate of France Ô and France 4 still uncertain

Its launch precedes by a few months the potential closure of France Ô, planned so far on August 9 at the same time as that of France 4, another DTT channel, by decision of the government and as part of a savings plan of the public audiovisual group. But, in view of the role played by the public service during the health crisis, the Ministry of Culture no longer excludes a continuation of the two channels and has been studying the question with France Télévisions for several weeks.

This portal is part of the strong commitments made by the public group in July 2019 in a “visibility pact”, which aimed, in view of the France Ô judgment, to “sustainably guarantee the presence of overseas in the center of the 'public audiovisual offer', by strengthening overseas programs on all of the group's national channels and quantified targets.

The France 4 channel could ultimately be kept by France Télévisions