"The wave of indignation in society reaches its peak": the stars of show business comment on the riots in the United States

In the United States, mass protests and riots continue that began after the publication on social media of the detention of African-American George Floyd. Witnesses and participants in the protests were including stars of show business: John Cusack, Emily Ratakovsky, Ariana Grande, Nina Dobrev and others. Those who did not take to the streets actively urge compatriots not to ignore what is happening. 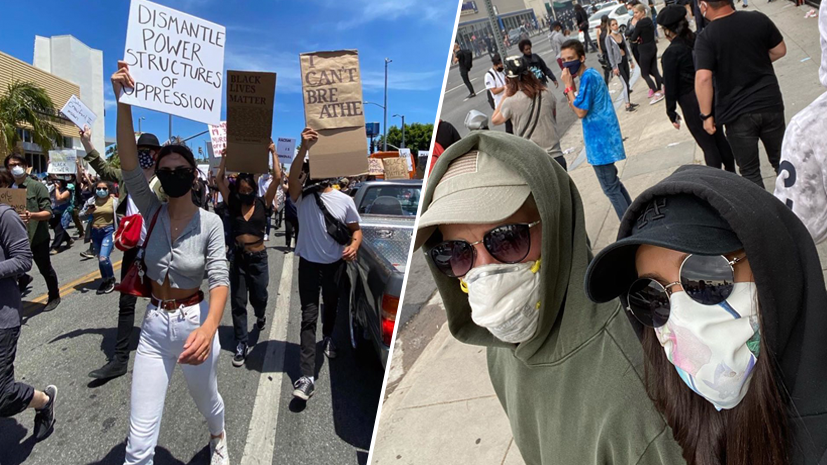 In the United States, mass protests provoked by the death of African American George Floyd do not stop. The action began after a record of the arrest of the deceased appeared on the social networks: the video shows how three policemen are holding a man lying on the ground, another one is standing nearby at that time. One of the law enforcers presses the suspect’s neck with his knee for several minutes. Floyd shouted that he could not breathe, but the police ignored him. Later, the man died in the hospital. All participants in the incident were fired, one of them was detained on charges of manslaughter.

Witnesses and participants in mass protests are including stars of show business. They also take to the streets and in social networks urge compatriots to actively express their position. Many consider the incident with Floyd a problem of the whole system, and as one of the causes of his death they call the policy pursued by the current government.

Actor John Cusack filmed riots in Chicago when his actions caught the attention of the police. They, according to the artist, attacked him with batons and damaged his bicycle.

In the video, which the actor managed to take off, the sounds of blows are heard, as well as the voice of a policeman demanding that Cusack leave the street. The actor suggested that what is happening today in the United States will not end in a few days, but will continue.

“I’m very surprised if everything ends in a day or two. This may well be the beginning of the end of the disgusting era of Trump. Thank God, it seems to me that the wave of indignation in society is finally reaching a critical point, reaching its peak, ”John Cusack wrote on Twitter.

Cops didn't like me filming the burning car so they came at me with batons. Hitting my bike.
Ahhm here's the audio pic.twitter.com/tfaOoVCw5v ”

Ariana Grande posted on Twitter several photos of the peaceful protest, which took place on Sunday in Beverly Hills and, according to her, was practically not covered in the media. The singer noted that now much seems dangerous and frightening, but there are things that can be changed. She called on American users of social networks to become participants in the primaries on June 2.

Emily Ratakovsky also came out to protest and condemned the system, which "protects and allows the senseless killing of black people in this country."

The model accused the authorities of reinforcing racial stereotypes and urged people to actively demand the punishment of the police officers who were present during the detention of George Floyd.

“They want our protests to amount to violence and unrest. They want to reinforce racial stereotypes so that white America, as usual, hides behind its huge pistols and tanks. I saw all this today with my own eyes, and I am very sad, ”Ratakovsky said.

Nina Dobrev said she was saddened by what happened to Floyd, but, according to her, the problems did not start “yesterday”, but several generations ago. The actress noted that such injustice is a systemic problem, to solve which it is not enough just to publish a post: you need to listen, speak out and disseminate information.

I'm shook. Yesterday was unlike anything I've ever experienced. I witnessed things yesterday afternoon that I've only ever seen in movies. I live in the epicenter of West Hollywood where the peaceful protest quickly took a turn. I'm sad it became violent, but the violence didn't begin yesterday. It's been present for generations. What happened to George Floyd wasn't an isolated incident. It's a systemic problem that is now being filmed. Even if any of you feel as though all you are seeing are posts about the horrendous injustice, it pales in comparison to what the energy felt like being on the streets and there can never be too large of a light shone upon the truth. In my stories I've posted ways you can also join the movement. Please speak up, show solidarity, own the injustice. White people (and yes, I'm referring to myself as well) learn something and do something. It's not enough to just post. Listen Speak up. Amplify And don't stop there. Join the fight against injustice. #BlackLivesMatter ❤️

Show business stars who did not personally take part in the protests called for combating racial discrimination against their social media followers.

Actress and singer Jennifer Lopez on her Instagram page published a quote from Martin Luther King: “I have a dream that one day four of my children will live in a country where they will be judged not by color, but by personal qualities.”

“We need to fight fear and hatred, not people. We are all God's children. We must love and value all that is beautiful in every single person. There are many more people leading a life of love and acceptance in the world than those who are full of anger and hatred. Don't let embittered haters get the upper hand! Do not be silent. Do something. Let's build bridges, not burn, ”wrote Lopez.

Very cautiously happening in the United States commented on Twitter Lady Gaga. She immediately stated that she was afraid to say something that could cause even greater anger. According to the singer, she does not want to provoke a new wave of violence, but intends to help solve the problem.

“The death of George Floyd outrages me as well as the deaths of a huge number of black people who have died in our country for hundreds of years as a result of systemic racism and supporting its corrupt systems. For too long, the black community has been silenced, and this silence again and again proves its destructive power. No matter what they do in protest, leaders called to defend them still do not show compassion. Ordinary people in America are racists, that's a fact. Now is the time to ensure that the black community is supported by all other communities and we can put an end to something that is fundamentally wrong in the eyes of God or the Creator in whom you believe or do not believe, ”wrote Lady Gaga.

The singer also expressed dissatisfaction with the actions of Donald trump.

“We have long known that President Trump has failed. He holds the most influential post in the world, but cannot offer anything but ignorance and prejudice, while the black population continues to perish. We knew that he was a fool and a racist since he took office. It feeds a system that is already rooted in racism and racist activity, and we all see what is happening, ”the singer said.

Please talk to your children about racism, privilege, bigotry and hate. If you aren't talking to them, someone else is.

Some stars did not go deep into politics, and others called for love and understanding, noting also the need to teach children the right values.

Reese Witherspoon emphasized the importance of talking to children about things such as racism, privileges, fanaticism, and hatred.

Actress Blake Lively and her husband Ryan Reynolds said that they had never encountered such things personally, and now they are ashamed, because they did not even realize how deeply rooted systemic racism was. Lively said that now she and her husband want to learn about the experiences of other people and have a conversation with the children.

Also among the stars who spoke out against racism are Bibi Rex, Zoe Kravitz, Justin Bieber, Beyonce, Kim Kardashian, Bella Hadid and many others.

Expressing their ownership, in most cases the stars are supported by colleagues and subscribers. However, not all the comments of show business representatives were sensitive enough. So, impressed by what is happening on the streets, director Taika Waititi posted on his Twitter video with the emotional speech of rapper Killer Mike and suggested that the protesters “direct this anger”, which caused a negative reaction from many users of the social network. The director was accused of misunderstanding the feelings of African Americans and criticizing their actions.

“You have no right to just sit there and criticize my anger and the anger of my community. You are nobody to us. Do not dare to tell us how to respond. Keep your respectable political opinions to yourself, ”one Twitter user replied to the director.

“You are not black and you have no right to decide when and how black people should express their pain and anger. Why don't you open your wallet and use your position to replenish our resources and help our voices be heard? I’m very disappointed with you, ”another message says.

We've found it. The whitest way to react to racism. pic.twitter.com/aOE3PYESt7

Out of place, David Guetta had his own methods of dealing with violence and DJ, who held a whole concert on the roof and offered his listeners a musical composition with the famous speech of Martin Luther King. Some users of social networks laughed at the DJ, calling his reaction to what happened "the whitest."

And I'll just leave this here.

And not one of these other actors spoke up for me and the fact I was not on here, being as well known as most of them. pic.twitter.com/z3t3rXPBNy

English actor Noel Clark decided to look at the problem globally. He noted that racism is not only found in the United States, and he himself has repeatedly encountered its manifestations in the UK.

According to Clark, representatives of the film industry made him silent every time he raised this topic.

The actor said that no one wanted to take on the production of the series “Bulletproof”, since the main roles in the project were played by black actors (Clark himself, as well as Ashley Walters). In addition, Clark posted a poster for the film "Friends of the Fisherman", on which his name is present, but the photo shows only the white colleagues of the actor. 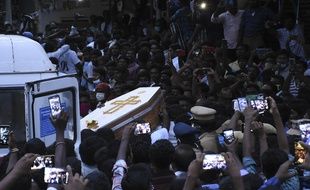 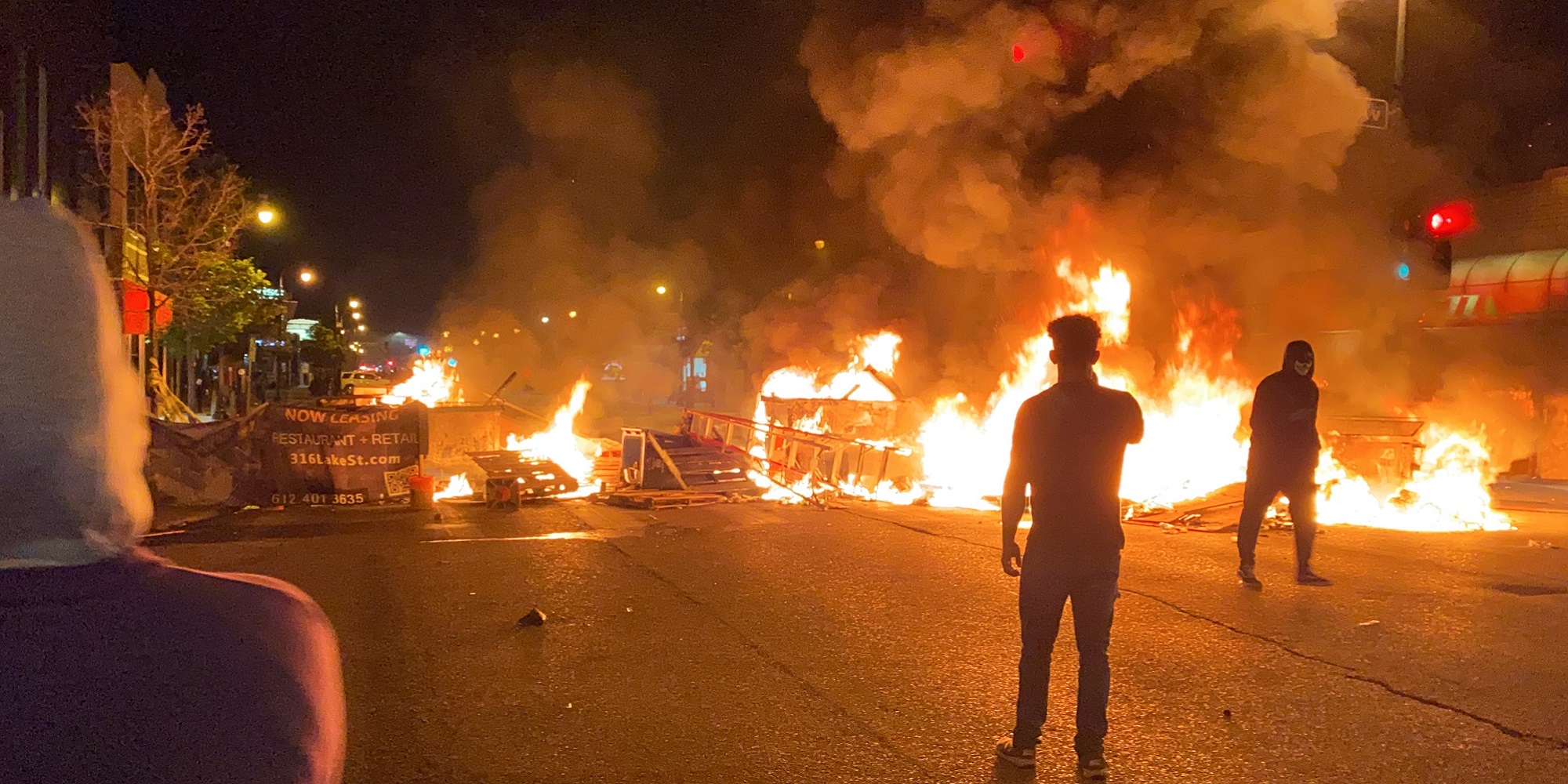 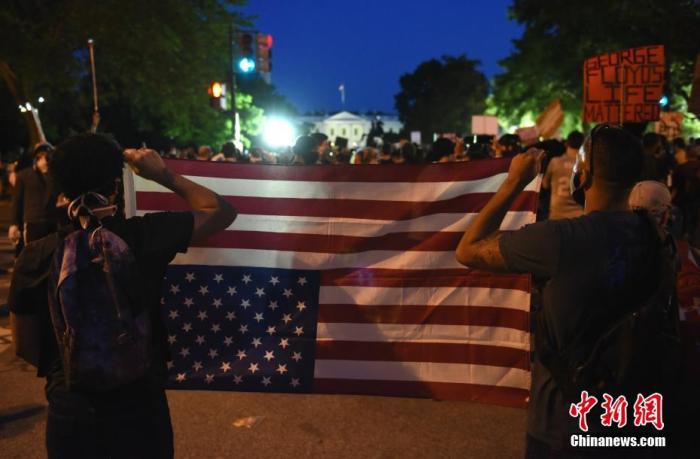 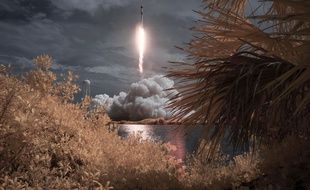 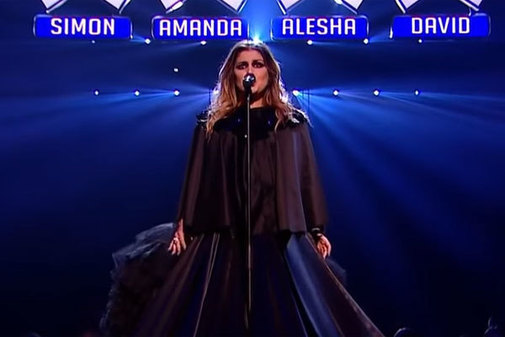 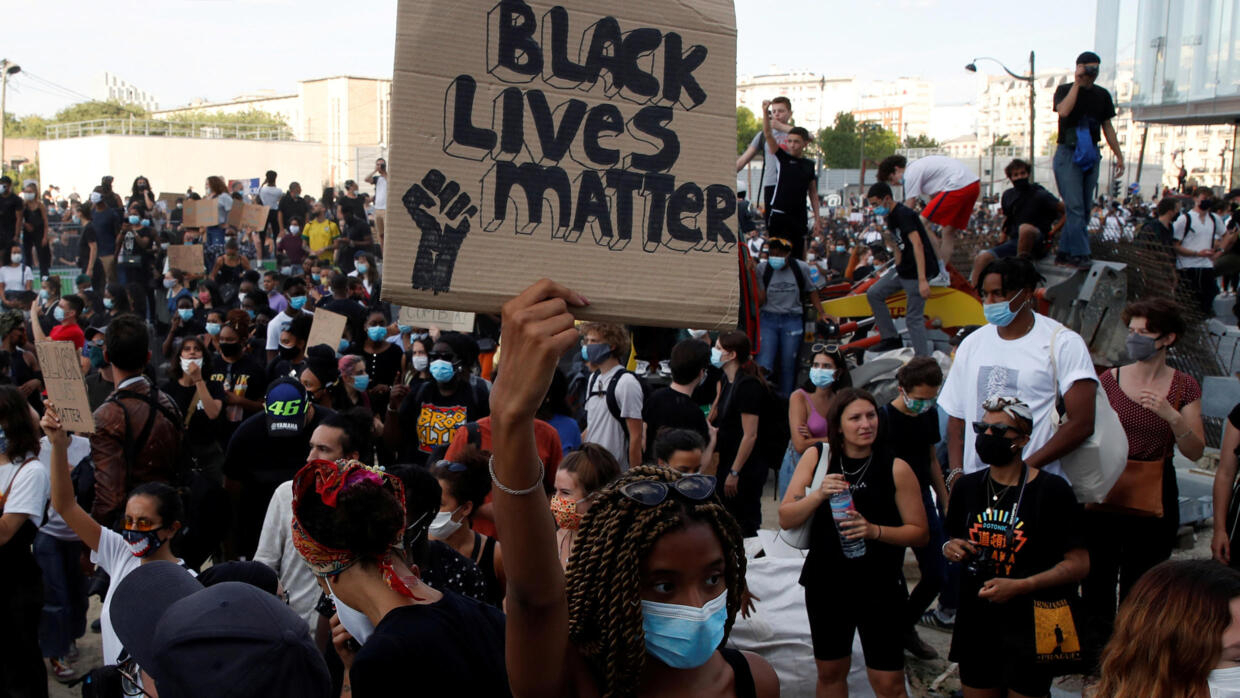 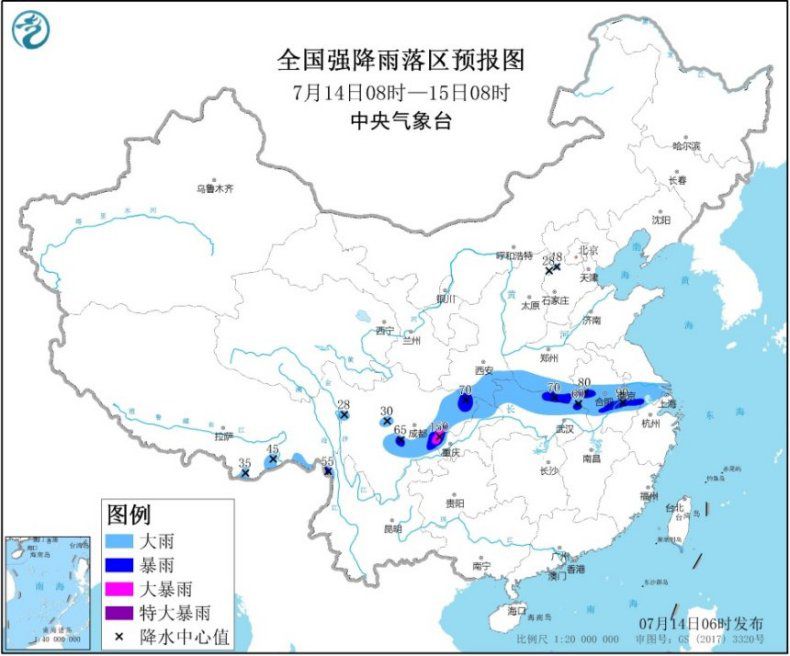 Life/Entertain 2020-07-13T23:57:19.527Z
Jianghan, Jianghuai and other places have heavy rainfall, and there are high temperatures in most of southern China 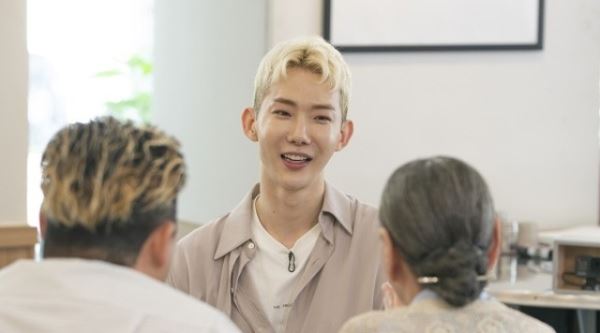 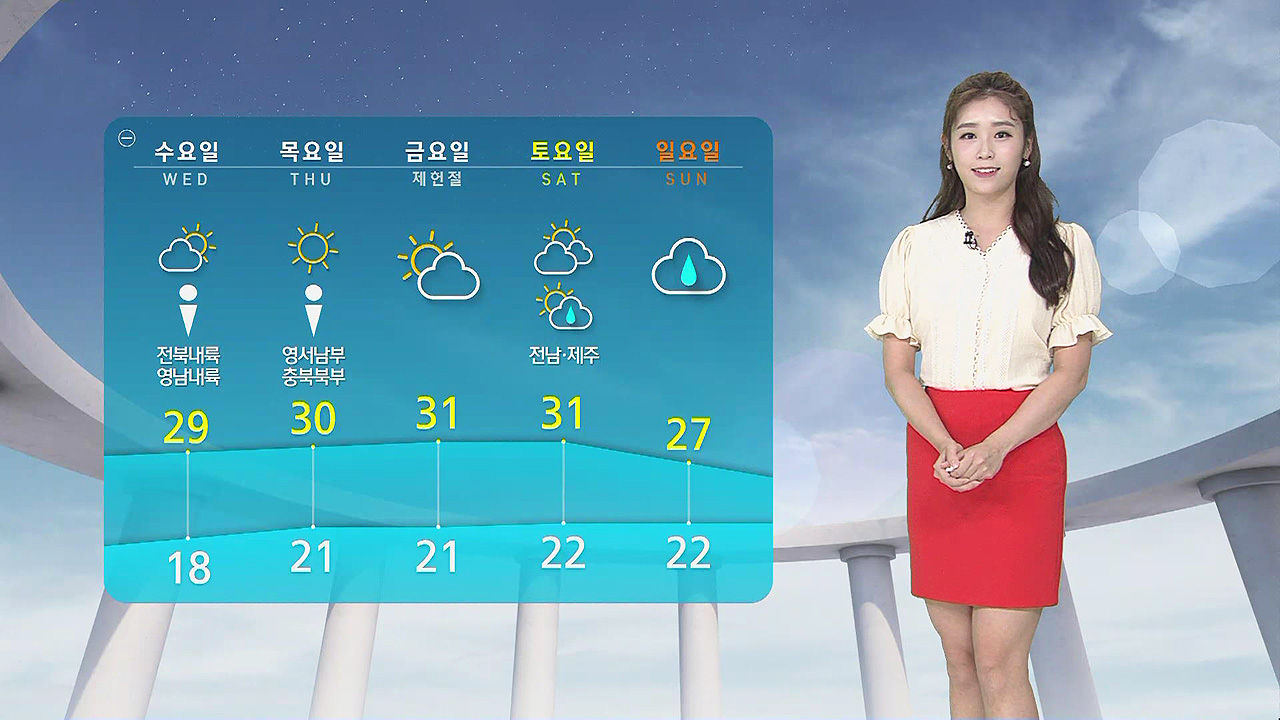