US private spacecraft "Crew Dragon" to be launched by astronauts

[NHK] A spacecraft developed by an American private company whose launch had been postponed was the first time an astronaut was put onboard at 4:22 am Japan International Space Station ...

US private spacecraft "Crew Dragon" astronaut to launch launch May 31 4:10

A spacecraft developed by an American private company whose launch has been postponed will be launched for the first time with an astronaut on board the International Space Station at 4:22 am JST.
The hatch of the spacecraft on which the two astronauts were aboard was closed, and the passage connecting the launch pad and the spacecraft was also removed.
It has been nine years since the US retired the Space Shuttle to send astronauts to the International Space Station on its own spacecraft, and it has been attracting attention as a symbol of an era in which private companies will fully enter space development.

The spacecraft "Crew Dragon" developed by the American private company "Space X" will be launched.

Initially it was scheduled to be launched on the 28th of Japan time this month, but it was postponed due to bad weather, and again two American astronauts were boarded at 4:22 am on 31st, `` Falcon 9 '' from Florida, USA It will be launched by a rocket to the International Space Station.

NASA is supporting the development of a manned spacecraft by a private company, and this time, as the final test of "Crew Dragon", the astronaut was first docked on the International Space Station and then the Earth. I will return to.

If the test is successful, the Crew Dragon will enter the operation stage, and Japanese astronaut Soichi Noguchi will be on board the first aircraft, and preparations will be made with the goal of launching on August 30th. I am.

This is the first time that a private manned spacecraft is aiming for a space station, and is attracting attention as a symbol of an era in which private companies make full-scale entry into space development.

The Crew Dragon was developed by "Space X," an American private company supported by NASA = US Aerospace Agency, and is the first private spacecraft to carry an astronaut to the International Space Station.

It has a total length of about 8 meters and a diameter of 4 meters, and is made up of two parts: a conical "capsule" and a cylindrical "trunk." Normally four astronauts will board, but a maximum of seven can be boarded.

There are three windows inside the ship, and the touch panel is used to operate the ship, and it is an advanced structure that incorporates a streamlined design.

The Crew Dragon has a small engine that, after being separated from the rocket, can be jetted and automatically docked on the International Space Station, or manually in an emergency.

In addition, solar panels and supplies are stored in the trunk. Upon return to Earth, the capsule separates from the trunk and plunges into the atmosphere, opening a parachute and landing in the Atlantic Ocean off Florida.

SpaceX's ship will retrieve and the astronaut and Capsule will return to Cape Canaveral Air Force Base in Florida.

The "Crew Dragon" is developed based on the "Dragon", an unmanned freighter spacecraft that has a track record of carrying supplies to the International Space Station 20 times.

Last March, in an unmanned "Crew Dragon" test, it was actually launched, automatically docked on the International Space Station, rushed into the atmosphere and returned, and ended without major trouble. ..

In January, we also succeeded in the test of the capsule's emergency escape from the rocket. When this test flight succeeds and enters the operation stage, Japanese astronaut Soichi Noguchi will be on board the first aircraft.

"Falcon 9" is a large rocket developed by the American private company "Space X" and launches a crew dragon into outer space.

It is a two-stage type with a total length of 70 meters and a diameter of 3.7 meters. The fuel is a method of burning kerosene, a kind of kerosene, with liquid oxygen, and nine engines are installed in the first stage.

It has been improving little by little since its first launch in 2010, and the current Falcon 9 is capable of launching up to 20 tons or more in an orbit with the International Space Station.

Including the launch of commercial satellites, as of the 7th of last month, it launched 83 times, succeeded 81 times, and failed two times. The success rate of launch is about 98%.

Of the two failures, in the accident in June 2015, we were loading supplies to the International Space Station, but the rocket exploded 2 minutes after the launch, and “Space X” was the second stage fuel. It is supposed that something went wrong with the tank. In September 2016, two days before the launch, the fuel tank was damaged during the engine combustion test and exploded, resulting in the loss of the installed satellite.

Falcon 9 has been developed with the intention of using it for manned space flight from the beginning, but this is the first time to actually launch a person on board, and if successful, send an astronaut to the International Space Station. It will be the first civilian rocket to be sent.

After the launch, the first-stage rocket is the first full-scale rocket to put into practical use a system that has never existed before and can be reused by injecting the engine and landing.

We do not use re-used rockets for manned launches, but development has been carried out by actively incorporating these new technologies.

In the transportation of goods, we have taken advantage of this reusability to significantly reduce launch costs, and we have been successful in receiving orders for launching commercial satellites.

The founder of "Space X" is Mr. Elon Musk, who succeeded in the IT industry and heads up the electric vehicle maker "Tesla". It was founded in 2002 and is headquartered in California, USA.

In the beginning, there were cases where the business had a difficult time, such as a lack of track record and failure to launch a rocket, but we have learned the technology of rocket engines from NASA = American Aerospace Agency.

And in 2012, 10 years after its founding, we succeeded in transporting goods to the International Space Station by an unmanned spaceship for the first time as a private company.

Even after that, in order to drastically reduce the launch cost, we succeeded in commercializing new technology to land the launched rocket and reuse the engine etc., and have accumulated achievements, and now we are a leading company in the space industry. I am.

"Space X" announced a plan to orbit the moon with a civilian on a spacecraft in 2018, and the Japanese was announced as the first passenger, and the topic was gathered.

The outline of this test flight

Two American astronauts will be on board the Crew Dragon.

One is Astronaut Douglas Hurley (53), a former US Marine Corps colonel, who was selected as an astronaut in 2000 and has experienced space flight twice on the space shuttle.

The other is Astronaut Robert Benken (49), a U.S. Air Force colonel who was selected as an astronaut in 2000 after working as an Air Force test pilot, and has been flying twice on the space shuttle. Are experiencing.

The launch will be on the launch pad LC-39A at the Kennedy Space Center in Florida, South America.

So far, it has been used to launch the Apollo spacecraft and the space shuttle, but now Space X borrows it from NASA and uses it to launch the Falcon 9 rocket.

It is expected to stay on the International Space Station for several months after docking.

At the end of the stay, the crew dragons will be leaving the International Space Station, jetting an engine into the atmosphere, opening a parachute in the sky and landing in the Atlantic Ocean about 450 kilometers off Florida.

The United States encourages civilian use of outer space around the earth, and NASA aims to regain control of the entire space development while reducing costs by focusing on developing farther space such as the Moon and Mars.

If a manned spacecraft of a private company enters the operation stage, it is expected that space travel, which has not been realized so far, will be accelerated, and that the usage of space will change significantly.

The nation has been prestige in space development so far, and the United States operated the space shuttle as the cornerstone of manned space flight for 30 years until 2011.

However, due to the impact of two major accidents, the cost soared to be 50 billion yen per launch, and the company was retired.

The only way to send astronauts to the International Space Station was the Russian spacecraft Soyuz, and American astronauts also boarded Soyuz, paying billions of yen per person to the Russian side.

Under such circumstances, low-orbit space such as the International Space Station has a strategy for private companies to use it as a new place of business, and NASA has set up an unprecedented plan called "Commercial Crew Program". started.

NASA aims to develop and operate a low-cost spacecraft by selecting two private companies, "Space X" and "Boeing", to compete with each other to develop manned spacecraft. .

NASA will be the customer and use the spacecraft. At the time of selection in 2014, "Space X" will be funded with approximately JPY 280 billion in Japanese yen to support the development of the spacecraft, and in addition to the test flight this time, a contract to perform two operational stage flights will be made. Have exchanged.

"Space X", which was a venture company with little experience, has accumulated achievements and is now growing into a leading company in space development. If a private spacecraft enters the operation stage, it is expected that the space travel business, which has been slow, will accelerate.

NASA is also promoting the commercial use of space stations, and it is expected that this will significantly change the way space is used. Also, it is the first time in nine years since the United States sent astronauts to the International Space Station on its own spacecraft since the retirement of the space shuttle, and when entering the operation stage, carry astronauts without relying on the Russian spacecraft Soyuz. You will be able to.

As China plans to build its own space station that orbits the earth, the US will mainly use low orbits mainly by private companies, and NASA will focus on space development farther than the moon and Mars. So, we aim to regain control of the entire space development.

NASA is appealing this launch with the catchphrase "LAUNCH AMERAICA", that is, "starting from America". 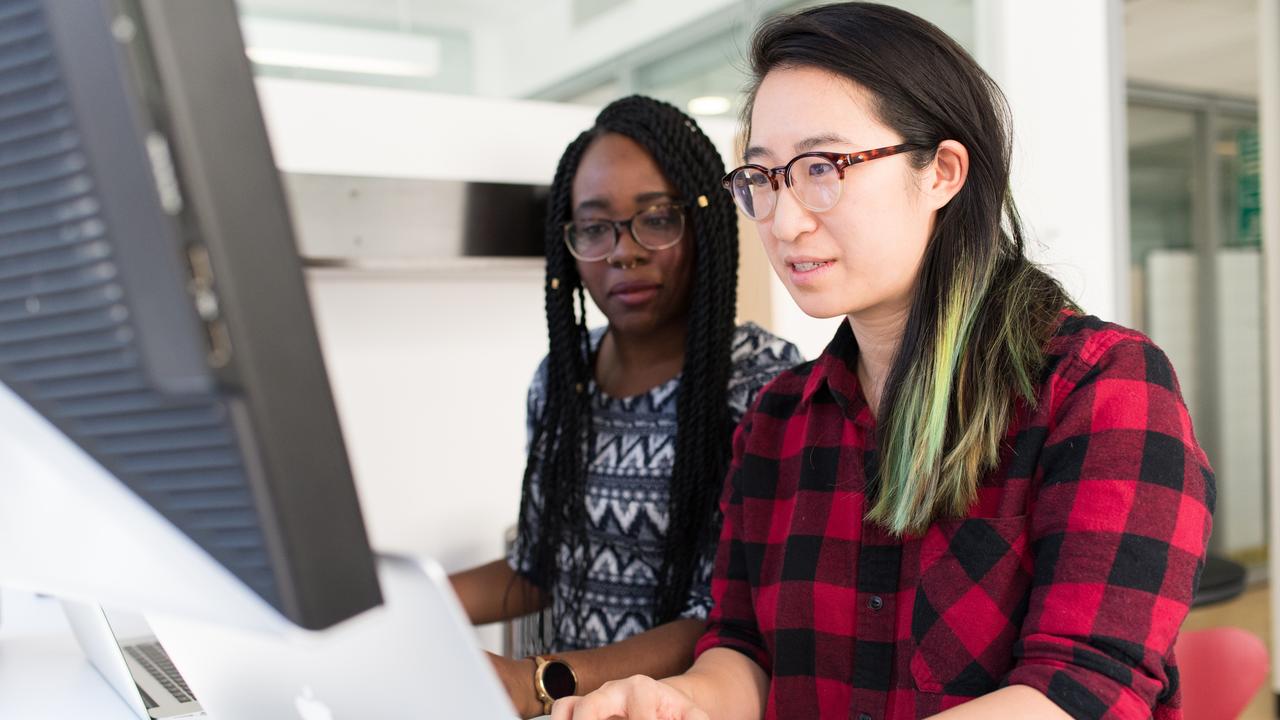 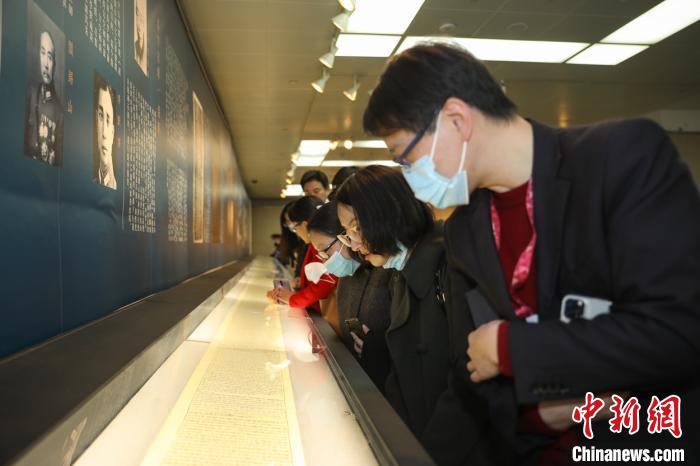